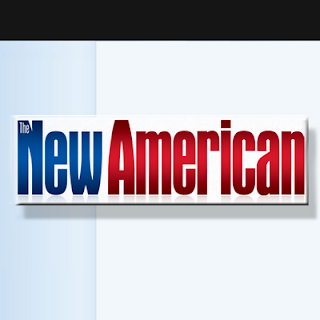 This is an interesting development. What
it means depends I suppose on what Obama has in mind. Is this to
punish those not cooperating with the cabal, or is this to return the
wealth of the cabal back to the people. I suppose it depends on what you
think Obama is. As I have stated before I am agnostic on what Obama
is, I am waiting to see. Presidential orders are a dangerous thing, they
seem to accumulate over the years giving the executive branch ever more
power. -AK

The latest executive order
(EO) emanating from the White House October 9 now claims the power to
freeze all bank accounts and stop any related financial transactions
that a “sanctioned person” may own or try to perform — all in the name
of “Iran Sanctions.”

Titled an “Executive Order from the President regarding Authorizing the
Implementation of Certain Sanctions…” the order says that if an
individual is declared by the president, the secretary of state, or the
secretary of the treasury to be a “sanctioned person,” he (or she) will
be unable to obtain access to his accounts, will be unable to process
any loans (or make them), or move them to any other financial
institution inside or outside the United States. In other words, his
financial resources will have successfully been completely frozen. The
EO expands its authority by making him unable to use any third party
such as “a partnership, association, trust, joint venture, corporation,
subgroup or other organization” that might wish to help him or allow him
to obtain access to his funds.

And if the individual so “sanctioned” decides that the ruling is unfair,
he isn't allowed to sue. In two words, the individual has successfully
been robbed blind.

But it’s all very legal. The EO says the president has his “vested
authority” to issue it, and then references endless previous EOs,
including one dating back to 1995 which declared a “state of emergency”
(which hasn’t been lifted): Executive Order 12957.

I, William J. Clinton, President of the United States of America, find
that the actions and policies of the Government of Iran to constitute an
unusual and extraordinary threat to the national security, foreign
policy, and economy of the United States, and hereby declare a national
emergency to deal with that threat.

Clinton’s EO further delegated such powers as were necessary to enforce
the EO to the secretaries of the treasury and state “to employ all
powers … as may be necessary to carry out the purposes of this order.
The Secretary of the Treasury may redelegate any of these functions to
other officers and agencies of the United States Government.”

Such EOs are the perfect embodiment of what the Founders feared the
most: the combining of the legislative, executive, and judicial
functions into one body. Article I, Section 1 of the Constitution says:
“All legislative powers herein shall be vested in a Congress of the
United States.” As Thomas Eddlem, writing for The New American, expressed it, “then it stands to reason [that] none is left for the president.”

But Joe Wolverton, also in The New American,
pointed out the particular piece of language the Founders used to limit
the powers of the president which totalitarians have twisted to allow
such powers to expand: the “take care” clause, to wit: Article II,
Section 3: he [the president] shall take care that the laws be
faithfully executed…

With every EO, the president avoids the cumbersome constitutional
safeguards spelled out by the Constitution, and uses them to implement
policies he "knows" are right. Says Wolverton: "With every one of these …
executive orders, then, the president elevates his mind and will above
that of the people, Congress and the courts."

The current administration has had a lot of help in justifying and codifying the legitimacy of executive orders, going all the way back to President George Washington who in 1793 issued his “Neutrality Proclamation,” which
declared that the United States would remain neutral in the current
conflict between France and Great Britain, and would bring sanctions
against any American citizen who attempted to provide assistance to
either party. The language of Washington is eerily similar to that used
by President Obama in the present case:

I have therefore thought fit by these presents to declare the
disposition of the United States to observe the conduct aforesaid toward
those powers respectively, and to exhort and warn the citizens of the
United States carefully to avoid all acts and proceedings whatsoever
which may in any manner tend to contravene such disposition…

I have given instructions to those officers to whom it belongs to cause
prosecutions to be instituted against all persons who shall, within the
cognizance of the courts of the United States, violate the law of
nations with respect to the powers at war, or any of them.

President Lincoln engaged in similar usurpations, using presidential
“directives” to run the early months of the Civil War, presenting
Congress with, as Todd Gaziano put it,

the decision either to adopt his [directives] as legislation or to cut off support for the Union army.

Within his first two months in office, on April 15, 1861, Lincoln issued
a proclamation activating troops to defeat the Southern rebellion and
for Congress to convene on July 4.

He also issued proclamations to procure warships and to expand the size
of the military; in both cases, the proclamations provided for payment
to be advanced from the Treasury without congressional approval.

These latter actions were probably unconstitutional, but Congress
acquiesced in the face of wartime contingencies, and the matters were
never challenged in court.

President Franklin Roosevelt often overlooked the niceties of
constitutional restraints as well. As Gaziano expressed it, “FDR also
showed a tendency to abuse his executive order authority and [to] claim
powers that were not conferred on him in the Constitution or by
statute.”

As far as numbers of executive orders issued, Obama is a piker. At the
moment, although the list is growing, his administration has issued 138 executive orders.
President Theodore Roosevelt issued 1,006 while President Woodrow
Wilson issued 1,791. Even President Calvin Coolidge used the EO
“privilege” 1,253 times.

The granddaddy of them all, FDR, issued an astounding 3,728 executive orders, but of course he was in office longer than Obama.

President Bill Clinton issued only 364 executive orders, but he made the
most of them, using this extra-legal power to, among other things, wage war in Yugoslavia without congressional approval. Cliff Kincaid collated the numerous EOs issued by Clinton in 1998 and 1999, and concluded:

Clinton waged his war on Yugoslavia through executive order and
presidential directive. Clinton used executive orders to designate a
"war zone," call up troops, proclaim a "national emergency" with respect
to Yugoslavia, and impose economic sanctions on the Belgrade
government.

Clinton claimed war-making presidential authority through his
"constitutional authority" to conduct "foreign relations," as "Commander
in Chief" and as "Chief Executive." Under this self-designated
authority, Clinton delegated command-and-control of U.S. forces to NATO
and its Secretary-General Javier Solana, who decided when the air war
would be discontinued…

The most outrageous executive order of all time was that issued by
President Roosevelt that allowed the enforced internment of 120,000
Japanese-Americans: 9066.

The Constitution says that only Congress passes laws. The executive
branch is not allowed to pass laws, nor should the judicial system pass
laws. So it is clearly unconstitutional to issue these executive orders.

They’ve been done for a long time, both parties have done it, but the
Congress is careless. They allow and encourage and do these deals … to
get the president to circumvent the Congress. If something’s unpopular
and he can’t get it passed, well, let’s just sign an executive order. So
I think that is blatantly wrong. I think this defies everything the
founders intended. I think it’s a shame that Congress does it, and I
think it’s a shame that the American people put up with it.

Correction: As originally written, this article placed the number of
executive orders issued by the Obama administration at 900, based on an
inaccurate source. We regret this misinformatiion. The figure cited in
the article has now been corrected.

Posts : 3470
Join date : 2012-02-10
Age : 66
Location : Florida
All the 'EO's that 'O' has bestowed upon the people of the United States is illegal- All 900 of them- He'll be charged with crimes against humanity- Watch and see, because he's the biggest 'dumbass' since Ralph Nader-I wonder if his parents had any kids that actually lived, besides him- :x :x :twisted: :twisted: