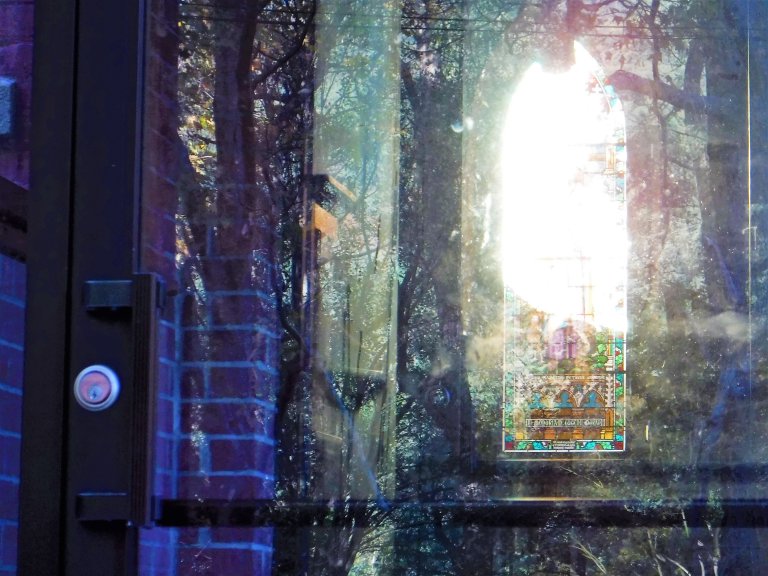 
BURLINGTON — Before Vermont Catholic Bishop Christopher Coyne invited questions at a recent press conference pledging cooperation with a current local and state investigation of past church-related misconduct, he turned to reporters with his own inquiry.
“Want me to mike up?” he asked. “Any problem with the sound?”

Longtime observers of the statewide Roman Catholic Diocese of Burlington couldn’t believe what they were hearing. They remember the church’s muzzling response regarding the late priest Michael Madden, who was charged with sexual improprieties during a 20-year career at five parishes and the local St. Joseph’s Orphanage — the latter the subject of a recent BuzzFeed story that sparked the new probe.

In the 1980s, a county state’s attorney tried to subpoena then-Bishop John Marshall, who served from 1972 to 1992, to testify in court. The diocese, citing the Bible and the U.S. Constitution, argued its leader was immune from such calls.

“In order for the church, its priests and bishops … to enjoy the constitutional right to freely exercise their ecclesiastical or religious functions,” one of its lawyers argued, “it is essential that they have independence from state authority.”

A judge went on to rule the diocese had to provide internal information. But the church didn’t comply with that demand either, prompting the state to drop multiple sexual assault charges against Madden in return for a no-contest plea on a single count of lewd and lascivious conduct.

Bishop John Marshall served from 1972 to 1992. Provided photo
The priest, spared prison with a deferred sentence, opted out of a state Corrections Department sex offender treatment program for a church-run alternative. There he told a therapist he had molested dozens of teenage boys — only to go on to violate his probation six times and, only because of that, serve two years in jail.

Vermont’s Catholic Church is making headlines this fall by agreeing to work with law enforcement, releasing past child abuse victims from nondisclosure agreements and forming a lay committee to review clergy misconduct files and publicly release the names of abusers — news in part because the state’s largest religious denomination has a decades-long history of defying court orders and outside review.

‘Prevented the truth from getting out sooner’

The diocese has found itself back under a magnifying glass ever since the BuzzFeed story, titled “We Saw Nuns Kill Children: The Ghosts of St. Joseph’s Catholic Orphanage,” spurred authorities to reopen an investigation into the now-closed Burlington facility, which operated from 1854 to 1974.

Back when former orphanage residents first spoke publicly in the 1990s about what BuzzFeed sums up as “unrelenting physical and psychological abuse of captive children,” the diocese offered each $5,000 to waive their right to further legal action. As many as 160 pursued the deal and more than 100 accepted payment, according to news reports a quarter-century ago.

But that was only part of the Vermont Catholic Church’s wider suppression plan. Take the instance of two women who say they were raped as teenage girls by the now deceased priest Benjamin Wysolmerski, who was transferred to eight parishes during his 35-year career.

“He did it while he was the teacher at the school teaching us catechism,” one woman said in a 1994 court deposition. “He did it on back roads going to visit people who he was helping in the parish. He did it to me in the attic of my grandmother’s home.”

The woman said Wysolmerski eventually impregnated her and paid for an abortion. She went on to write then-Bishop Marshall, believing he already knew because the priest had showed her a letter other women had sent the diocese about the situation.

Instead, Marshall replied: “My study has uncovered nothing so far to corroborate your story and some rather strong evidence, which would seem to exonerate the one against whom you have made your allegation.”

Burlington’s former St. Joseph’s Orphanage was open from 1854 to 1974. Photo by Kevin O’Connor/VTDigger
Wysolmerski, denying all claims against him, never was charged criminally. But the two women, believing the priest had victimized as many as 25 girls, filed civil lawsuits against him before settling with the diocese for undisclosed sums.

Burlington lawyer Jerry O’Neill, a former federal prosecutor, represented the two in court. He recalls a judge ordering the diocese to share its personnel records, only to watch the church balk until it was sanctioned $5,000 and threatened with a default judgment if it didn’t pay the fine and provide the files.

“They were absolutely unwilling to produce any of the information whatsoever,” O’Neill says today. “I am sure that the diocese’s settling in secrecy prevented the truth from getting out sooner and thereby ran the statute out on other claims.”

The diocese was continuing to cover up past abuse when the Boston Globe revealed decades of unreported sexual allegations against clergy in the Massachusetts capital in a Pulitzer Prize-winning 2002 series featured in the film “Spotlight.”

In response, the Vermont diocese said it would investigate statewide claims of misconduct, although it only would specify the number and nature of complaints as “a few” and said it didn’t plan to give prosecutors the names of accused priests.

Then-state Attorney General Bill Sorrell disagreed and demanded the church’s personnel files. That Easter, the bishop voiced “renewed determination that victims will find justice and healing.” But two months after the state’s records request, the diocese had yet to deliver anything and said it would only provide files since 1982, knowing the majority of allegations occurred before then.

Bishop Kenneth Angell served from 1992 to 2005. Provided photo
In the spring of 2002, Angell placed six unnamed practicing priests on leave and provided paperwork on them and 13 unidentified former clergy to the state. By summer, the attorney general’s office was investigating charges against nearly 40 recent or retired clergymen. By fall, the first of what would be 40 civil lawsuits would be filed against the diocese. By winter, a county superior court judge had ordered the diocese to hand over all its clergy misconduct records since 1950.

A year later, however, the church had done so little the Globe published a story headlined “Vt. Diocese Called Slow to Respond to Abuse” that reported the church’s flouting of court orders and failure to reconcile with victims.

“They’re revictimizing these people,” O’Neill, representing all the accusers, was quoted. “We want to know what the diocese knew in relation to specific priests and whether they knew what the size of the problem was and what they did about it.”

Assistant Attorney General Cindy Maguire told the Globe the diocese hadn’t reported any of the misconduct claims to the state before the Boston scandal broke nor had it placed any of the accused priests on leave until her office announced its investigation. Ultimately the state didn’t charge anyone criminally, but only because credible claims found were too old to prosecute under statutes of limitations.

‘They could have settled a long time ago’

The diocese, for its part, began to settle the first of its lawsuits.

“I am very confident we would have won these cases in court on the basis these events are just so old and the plaintiffs waited too long to come forward, but obviously we’re dealing with a new era in terms of handling these claims,” one of its lawyers said at the end of 2003. “We’re going to do our best to put all of these cases behind us as quickly and fairly as possible.”

The church, however, was anything but conciliatory. In one case, its lawyers sought unsuccessfully to introduce one accuser’s entire sexual history, including that with his wife. In another, they argued state statute at the time of one reported aggravated sexual assault called a rape victim “a female person” and “since plaintiff is male, his alleged rape could not have violated” the law.

That caused many accusers to settle with the diocese.

Burlington lawyer Jerry O’Neill. Provided photo
“Besides what happened to me, I didn’t need to be revictimized by them dragging their feet and trying to wear me down,” one man said upon wrapping up a case in 2004 rather than continue to wait for the church to comply with a motion holding it in contempt of court. “With the money they spent on defense, they could have settled a long time ago.”

Making matters worse, O’Neill had to file court papers to ensure the settlement after the diocese didn’t pay his client as scheduled.

Little changed when Angell made way in 2005 for another bishop, Salvatore Matano. On the one-year anniversary of the new leader’s ordination, headlines reported the diocese had yet to fully comply with a tougher sex abuse policy at the same time a court was selecting a jury for the first of a string of Vermont misconduct trials.

By then, a judge had ordered the attorney general’s office to give O’Neill most of its findings — including transcripts of interviews with people claiming priest misconduct; correspondence between the state, the diocese and clergy; and church personnel files — because, in his opinion, “the release of these materials to the plaintiff is clearly in the ‘public interest.’”

‘It would be the best to minimize the cost’

The resulting 500 pages of photocopied paperwork revealed not only abuse but also the fact the diocese knew certain priests were problematic when it transferred them from one local parish to another. Not wanting that information publicized in court, the church settled the first trial case just before its April 2006 opening gavel. The sum: A record $965,000.

“This was much more than we wanted to pay,” a church lawyer said at the time. “But we decided that it would be the best to minimize the cost.”

In response, O’Neill released the information anyway. The most incriminating came in a 1978 letter in which Bishop Marshall acknowledged the church knew now defrocked priest Edward Paquette had molested boys in two states when it assigned him to parishes in Rutland in 1972, Montpelier in 1974 and Burlington in 1976.

Bishop Salvatore Matano served from 2005 to 2014. Provided photo
“Despite the demands of two sets of irate parents that ‘something be done about this,’ Father Paquette’s pastor and I are determined to take the risk of leaving him in his present assignment,” Marshall wrote to a treatment center working with the priest. “Our thinking is that, knowing the awareness of others, concerning his problem, Father Paquette will have reason for ‘self-control.’”

Even with a torrent of negative news reports, the diocese wasn’t done fighting. A month after agreeing to the nearly $1 million settlement, its lawyer called for the removal of the judge who oversaw the case from future ones. The bishop, for his part, aimed to shield the church from having to pay out too much money by placing all its local parish property in charitable trusts.

“In such litigious times,” Matano wrote in a May 2006 letter to the state’s Catholics, “it would be a gross act of mismanagement if I did not do everything possible to protect our parishes and the interests of the faithful from unbridled, unjust and terribly unreasonable assault.”

In response, O’Neill charged the diocese with waging a “campaign of intimidation” that was part of a “power play” aimed “to interfere with judicial independence.”

Thanks to Soaring Spirit for the forward and: https://i-uv.com