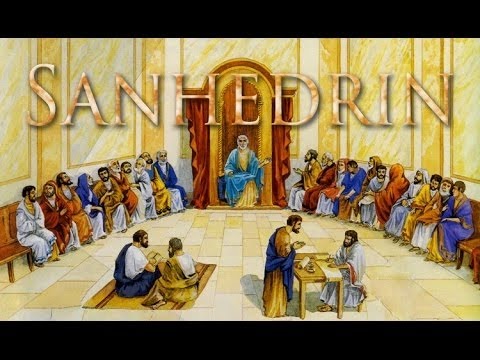 Michael Aquino is a top architect for satanic psychological warfare. Aquino works with elements in the US military which carry out electronic attacks on civilians.

Peter Gilmore is like the Pope of Satanism. Gilmore specializes in designing spells or psychological warfare using the concept of “doom.”

Stephen King is considered a King of evil by many Satanists and is officially nicknamed the “King of Horror” He is a top architect of satanic ritual abuse and satanic psychological warfare. His depraved nature is expressed in his books and movies like the Shining. Stephen King is a psychological tormentor.

Prince Domenico Serlupi-Crescenzi-Ottoboni of Italy is an architect of various forms of witchcraft or sorcery including Freemasonry, Hermeticism, and Kabbalah. The Crescenzi bloodline is ancient. Sorcery is the covert manipulation of a person’s life using deception, illusions, gang stalking, theatrics, brainwashing, poison, and other covert methods. Satanists do this because they enjoy being sadistic.

The rock band Metallica takes its name from a town in Italy. They are all evil.

Rick Rubin is indescribably evil and is an internet tracker. Rick Rubin tracks people online who legitimately expose corruption and evil. Once they identify the person they attempt to gang stalk the victim to death. Then these Satanists cannibalize the victim. They are depraved. Rick Rubin is a demonic monster.

Rob Zombie is a satanic warlock trained in Kabbalah and he is entirely wicked. He is a Satanic Ritual Abuse architect of depression, fear, and misery. His brother Spider One is also a Satanist and Rock musician.

Axl Rose or William Bruce Rose Jr. is a Luciferian-Satanist and a Freemasonic warlock overseen by the Masonic Scottish Bruce clan of Scotland. Freemasons are fascist and depraved liars. Axl Rose is now a member of AC/DC and works with original member Angus Young who is from Scotland. Angus Young is a Scottish Rite Freemason and satanic architect.

Ozzy Osbourne is a top satanic idol and commander of satanic secret societies. The Osbourne family directly serve the House of Windsor. His wife Sharon Osbourne is an evil and arrogant satanic witch.

Zakk Wylde is trained in witchcraft and involved with using sorcery, gang stalking, and electronic attacks to murder people in accidents as sacrifices.

Trent Reznor with Atticus Ross on the left. Reznor is really destructive and evil. Reznor’s band’s are called Nine Inch Nails and How to Destroy Angels. Trent Reznor is extremely arrogant and a murderous sadist. He needs to be executed.

Kevin Ogilvie or Nivek Ogre is a satanic rock musician and Hermetic warlock. It was reported that his music was used on inmates for torture at GITMO. His name Nivek is the reversal of Kevin. Satanists often reverse or invert things like the inverted pentagram. He has also worked with the band called Pigface. I have personally been cyber stalked online by someone calling themselves Pigface.

Al Jourgensen created the band called Buck Satan and the 666 Shooters with Buck Satan referring to him. Al Jourgensen has carried out human sacrifices and has Cuban ancestry. The Cuban Mafia are human traffickers.

Lady Gaga holding up the 666 hand sign. She is extremely evil and she maliciously targets women that she is envious of. Lady Gaga is directly involved with human sacrifices.

Insane Clowne Posse works with the Royal Order of Jesters and command Juggalo gangs which are involved in gang stalking, terrorism, threats, and drinking and trafficking adrenochrome and human blood. There names are Violent J or born as Joseph Bruce and Shaggy 2 Dope born as Joseph Utsler. The Scottish Bruce clan are overseers of Scottish Rite Freemasonry. Violent J was arrested for making death threats, battery, assault, and robbery. They are extremely evil and involved in cannibalism as well as drinking blood. They are sick evil freaks and they are proud of it.

Carey Cowles is a sadistic computer hacker and Satanist trained in various forms of witchcraft including Hermeticism, Solomon Witchcraft, and Thelema Occultism. Carey Cowles is a malicious computer hacker and an absurd liar and slanderer that hates the world. Carey Cowles is a member of the Ordo Templi Oritentis Mithras Oasis lodge in Windham, Ct north of his location in Old Saybrook. Aleister Crowley founded the Ordo Templi Oritentis. Carey Cowles has been made the modern representative of Crowley and he is involved in human sacrifice, torture, pedophilia, blood drinking, and cannibalism. He is a high level gang stalker and cyber stalking terrorist that is involved in extreme sadism. The Mithras Oasis cult meets at the Moriah Masonic Lodge located next to the Old Furnace State Park in Killingly. Satanists burn people alive in the forests. Carey Cowles works under various Satanists including Ozzy Osbourne, Marylin Manson, and Insane Clowne Posse.

» Satanic Sanhedrin of Warlocks
» Warlocks of Rosse
» Catholic Priest Warns Detroit Satanic Idol Worshipers: ‘You Have No Idea What You’re Dealing With’ (AND THEY SHOULD KNOW BEING THE SATANIC STRING PULLERS)
» Pope Francis to be Tried by Sanhedrin
» Sanhedrin "Third Temple" Ritual in Jerusalem (R$E)