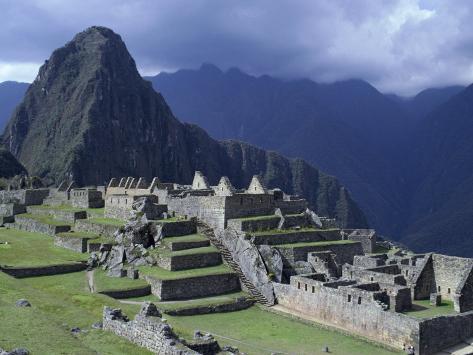 
Support Our Fight Against Academic Fallacies: Patreon: https://www.patreon.com/MysteryHistory Facebook: https://www.facebook.com/MysteryHisto... Twitter: https://twitter.com/Mysterytweetery Steemit: https://steemit.com/@mysteryhistory Narration By Don Moffit: www.DonMoffit.com Peru is undoubtedly a jewel in the crown of ancient sites, that can be found all throughout the world. Not only does it contain some of the most astonishing, as yet, unexplained polygonal masonry to be found anywhere, but it also contains many other anomalous, advanced features, built with such precision and prowess, they are still utilised by modern day man. Irrigation systems still flow with fresh water as if they were built yesterday, still providing water to the local residents who reside in these mountainous areas. Agricultural technologies, utilised by our more modern ancestors the Incas, undoubtedly aiding in the flourishing of their culture. It is a place that possesses such advanced features, academia can merely resign themselves to an limited closed explanation of such wonders, as merely identified as pre-Incan. This, without any explanation as to how these ancient groups, who predate those who they have studied in-depth, were aware of such advanced, elegant solutions to farming, water sourcing, building and many other miraculous techniques for survival, among these notoriously inaccessible cliffs throughout the Inca trail. However, deep within the Andes, far away from the well-worn tourist routes, is possibly one of the most perplexing ancient ruins of them all. Known as Naupa Huaca, it is a rock cut ruin that is seemingly placed alone, in a place of no initially obvious significance, no indication that it was linked to any existing pre incan ruin, yet the precision, and indeed obvious effort, that went into the creation of this anomalous artefact, is undeniable. Carved into the mountain side, strongly reminiscent of false doors, features that can be found among many ancient ruins around the world, that according to numerous ancient legends, were used by spirits to enter and exit the realm of the living. It is intricately designed, features smooth seemingly laser cut surfaces, which in regard to its dating is nothing short of astonishing. Found at an altitude of nearly 3000 feet above sea level, it contains many baffling features, which may indicate why this seemingly inconspicuous location was selected. The ceiling and floor of the cave entrance for instance, not only appear as if it was hewn with laser-like precision, but were also carved at two precise separate angles. One of 60º and another of 52º. These angles, intriguingly, are also found within the great pyramids of Giza at numerous locations, furthermore, whoever constructed this possible False door, somehow picked the only spot upon the mountain, that contained traces of a mysterious blue stone. This blue stone, only found within this specific spot, has for many years been utilised within modern technology, for its unique characteristic for its Piezoelectric properties, a type of crystal capable of generating an electrical charge, used by radio manufacturers for many decades within receivers. The rock chosen for the specific location of the carving, is also, intriguingly, magnetic in nature. What’s-more, if one travels exactly half way around the world, to the UK, the false door aligns perfectly with Stonehenge. Why was this false door created? How was it created with such precision? What tools were utilised by ancient man, to achieve these feats of ancient engineering? Why was it placed at this specific location, a place that has been discovered to contain mysterious blue crystals, with unique electrical properties? Is this false door, like many alternative researchers have postulated, a portal of some kind? Allowing the teleportation of an ancient advanced civilisation? We find the location, the precision involved, and indeed the other intriguing characteristics surrounding this mysterious anomaly, highly compelling. http://www.invisibletemple.com/extra/... https://www.ancient-code.com/meet-nau...