Oumuamua A Lightsail Intersteller Object Is Artificial Wed Nov 07, 2018 10:42 am 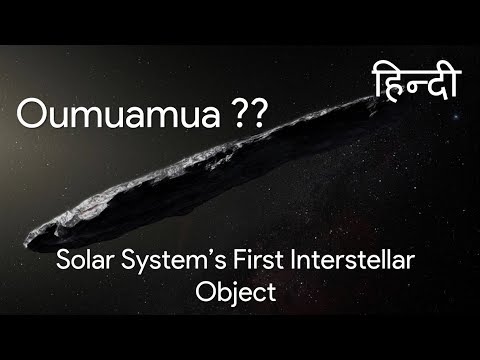 Admin
Posts : 106816
Join date : 2012-01-04
Location : Woodstock Nation
Mysterious space object ‘Oumuamua’ is probably not an alien spaceship, although researchers did say it could be a solar radiation-propelled spaceship
By
Strange Sounds
-
Nov 6, 2018


A variety of news outlets have been reporting this week that Harvard scientists say ‘Oumuamua’ might be an alien visitor. And in fact, the researchers did say that! Mysterious Oumuamua space object could be an alien spaceship say astronomers. Illustration by ESO
On October 19, 2017, a strange object from outside the Solar System whizzed by the Earth, exciting scientists and non-scientists alike. Immediately, some people speculated that this interstellar visitor could be an alien spacecraft. But we’re here to report that, despite a recent paper, there’s no reason to think ‘Oumuamua is an alien ship, yet.
A variety of news outlets have been reporting this week that Harvard scientists say the object might be an alien visitor. And in fact, the researchers did say that! But there’s some nuance to dig into here.
On ‘Oumuamua’s arrival, scientists found that the object measured 800 meters by 80 meters by 80 meters (approximately a half mile long and 260 feet in diameter) and took a hyperbolic path through the Solar System. In other words, it wasn’t orbiting the Sun — its angle and speed suggested that it was visiting and then leaving.
We immediately pointed out that no, it’s not an alien spaceship, because its trajectory doesn’t look like the kind that thrusters would produce (though we, too, are often purveyors of ‘Oumuamua hype). Still, it appears to have an anomalous acceleration other than what gravity would cause. Scientists wondered where it was from, and determined that it was might be a comet — but it appears not to be outgassing like a comet would. Mystery remains to this day as to what it is.
A new paper from Harvard-Smithsonian Center for Astrophysics researchers Shmuel Bialy and Avi Loeb explores an idea to explain where the extra acceleration comes from. Perhaps it could be solar radiation pressure — an extra transfer of momentum coming from the Sun’s electromagnetism. The paper goes into how the object must look in order for solar radiation pressure to create the observed acceleration.
So, Loeb and Bialy write in their paper posted to the arXiv server, maybe ‘Oumumua is just an incredibly thin object. They then devote the end of the paper to speculation that it could be a solar radiation-propelled spaceship.
While these claims are extraordinary, it’s hard to prove them false. So, indeed, ‘Oumumua could be a solar radiation-propelled alien spaceship. That doesn’t mean it’s likely to be one.
Extraordinary claims require extraordinary evidence, and as Loeb and Bialy write, “It is too late to image ‘Oumuamua with existing telescopes or chase it with chemical rockets.” Imagine seeing large footprints in the snow and saying, “Shoot, the yeti who made these is too far away to spot now.” Maybe it was a yeti, yes, but without strong enough evidence, you might do better to assume it was a bear.
Other scientists were skeptical of the paper. “It’s important not to take advantage of your institution’s brand to over-amplify results that are unverified or highly speculative,” Chanda Prescod-Weinstein, assistant professor of physics at the University of New Hampshire, told Gizmodo. “It doesn’t just affect the department’s reputation but also the rest of the field.”
The sources quoted in an NBC article are also skeptical of the paper. Coryn Bailer-Jones, an astronomer at the Max Planck Institute for Astronomy in Germany, told NBC, “We must ask ourselves, ‘Where is the evidence?,’ not ‘Where is the lack of evidence so that I can fit in any hypothesis that I like?’” Another astronomer, Seth Shostak from the SETI Institute, told NBC that, though the hypothesis was “ingenious,” one shouldn’t accept an outlandish hypothesis when a more likely hypothesis — that the object was comet or asteroid — hasn’t been completely ruled out.
New analysis shows that ‘Oumuamua is neither a comet nor an asteroid. What is it then?

Harvard-Smithsonian Center for Astrophysics astronomer Jonathan McDowell told Gizmodo that it’s less likely that the object is a spaceship and more likely that one of our current assumptions about the object is wrong.
Katie Mack, astrophysics professor and science communicator at North Carolina State University, told Gizmodo that she doesn’t think there is anything wrong with doing these calculations and measuring possibilities “if for no other reason than to know how to most clearly rule them out. But as readers, we need to be aware that just because a proposal gets a lot of press or is from someone with clear expertise, it doesn’t mean we should take it as a final result.”
Loeb told NBC that the hypothesis was purely scientific, and that once the impossible has been excluded, whatever remains (no matter how improbable) must be the answer. He told Gizmodo that the evidence is not “conclusive but interesting” and that “I welcome other proposals, but I cannot think of another explanation for the peculiar acceleration of ‘Oumuamua.”
Loeb has previously described to Gizmodo his interest in studying interstellar objects for signs of alien life. He’s also chairing an initiative called Breakthrough Starshot, which hopes to build a solar sail like the one he claims ‘Oumuamua might be.
New analysis shows that ‘Oumuamua is neither a comet nor an asteroid. What is it then? So, is ‘Oumuamua an alien spaceship?