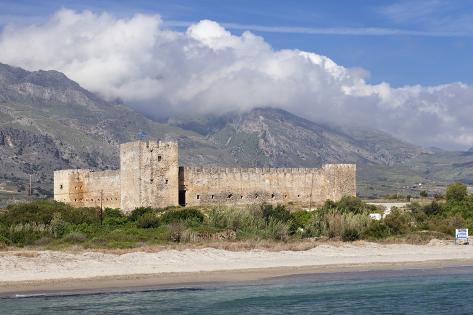 
Support Our Fight Against Academic Fallacies: Patreon: https://www.patreon.com/MysteryHistory Facebook: https://www.facebook.com/MysteryHisto... Twitter: https://twitter.com/Mysterytweetery Steemit: https://steemit.com/@mysteryhistory Narration By Don Moffit: www.DonMoffit.com There are many aspects of ancient ruins, which can indicate a far more advanced technologically capable constructor, than are currently academically attested. Massive, seemingly impossibly, huge megalithic blocks, precisely placed within their constructions. Advanced weightbearing architecture, that could have only been understood by a civilisation, with a far more knowledgeable set of building strategies, than those claimed as the culprit,,, our own well-studied more recent ancestors. Precision tool marks that could have only been left by high rotating, precision machinery, etched and worked into notoriously hard stone, stones such as granite, that thanks to its erosion resistance still possess these clear evidential scars, left by these enigmatic machines, leaving us to ponder, and academia to ignore. Mysterious alignments often created using enormous stones, that according to the history books, were placed by groups of ancestors who simply couldn’t have known these precise, procession alignments let alone worship them with such megalith stonework. Metal clamps, used the world-over to latch these enormous blocks together, used by a mysterious civilisation, who were somehow aware of the fact that these stones would shift, as the years went on. With many of these clamps cast into place, this hypothesis supported by the evidence of vitrification upon the surface of the stone work, strong evidence of a civilisation that had mastered the control of immense heats, reminiscent of modern day refineries, with the rare example of a massive oopart, like the giant glass Beth She'arim Slab, further supporting this past mastery of extreme temperature refinement. Yet the most notable, and most numerous proofs of this past lost civilisation, and indeed their forgotten technology, is polygonal masonry. With some of this stonework clearly of such a great antiquity, that it is slowly losing its recognisable form. One of these forgotten sites, is Ori Castle found deep within the forests of Japan. Located on Shiroyama mountain, it was named after its supposed builder, Mitsutada Ori, who was the leader of a clan also named after him, the Ori clan, Ori and his clan originally stemmed from Toki clan, but once expelled from their land and left to wander, Mitsutada recovered their land in 1536, and supposedly built a new castle on the mountain. However, due to the as yet, unexplained polygonal masonry and also its clearly incredible age, we tend to believe that Mitsutada, merely re-discovered this fortress within the forests on the mountains, and used them to regain a foothold within the area, thus naming the castle after his efforts. The true age of the castle, we feel, is unknown, although we strongly suspect that it predates many of the other anomalous polygonal masonry, that can be found within Japan, such as the foundations of Osaka castle, an astonishing group of features we have covered previously. However, due to the sheer age of the ruin of Ori castle, the stonework has eroded to such a degree, that it takes a keen eye, and a few years of practice to be able to identify it as having once been the same level of precise polygonal masonry, as that found elsewhere within Japan. Who built Ori castle? Was it really abandoned mid-build as academia claims? Or was it, like we postulate, simply left to ruin, a relic of a now forgotten civilisation, left to simply erode away. Eventually to a point where geology will argue it away as a mere natural formation. We find Ori castle and indeed the many other enigmatic sites to be found within japan, quietly kept away from curious minds throughout the world, as undoubtedly, highly compelling. http://www.japancastle.jp/2014/03/Ori...