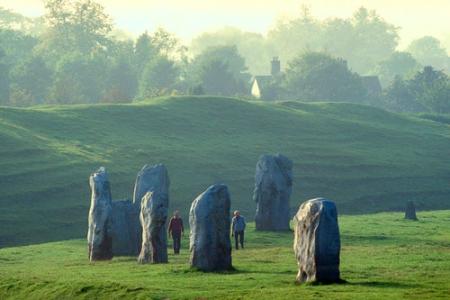 
Support Our Fight Against Academic Fallacies: Patreon: https://www.patreon.com/MysteryHistory Facebook: https://www.facebook.com/MysteryHisto... Twitter: https://twitter.com/Mysterytweetery Steemit: https://steemit.com/@mysteryhistory Narration By Don Moffit: www.DonMoffit.com Neolithic Britain is perhaps one of the most historically profound collection of ruins, to be found anywhere on earth. Mysterious ancient ancestors who displayed such astonishing abilities of stone building, we still have no logical explanation as to their methods. Usually building structures and trilithons, using unimaginably large megalithic rocks. Often aligned with such perfection, we still struggle to understand where this knowledge came from. An obsession with solar precessions that has fascinated modern man for centuries. Barrows, mounds, earthworks and other structures, built with such intent, we are only just beginning to unravel their true purpose. We have previously covered a number of these astonishing structures, mostly focused upon the gigantic megalithic blocks within their construction. Often concealed and protected under many tons of earth, Maeshowe for example, located upon the Orkney Islands. Or Newgrange, Ireland, that although, according to academia, were apparently constructed by primitive, flint wielding ancestors… Display such precise alignments, focused upon the winter solstice, their true origin, is an intriguing mystery waiting to be unravelled. However, the most astonishing of all, are undoubtedly found upon mainland England. Avebury. A place which possesses four Neolithic structures, with such an astonishing characteristic, it simply defies modern understanding. The first two structures within this astonishing ancient message, being the West and East Kennet long barrows. Enormous earthworks measuring at 350 feet long, 75 feet in width, and over 25 metres above ground level. With entrances guarded by standing stones over 12 feet in height, each of which, many tons in weight. These stones, somehow quarried and transported to the site, and precisely placed in their positions, far back within antiquity. With the other two connected structures known as Avebury Henge and Silbury Hill. And although there are a number of other Neolithic structures within the area, these four specific structures, have been revealed, thanks solely to modern satellite technology, to contain an ancient geospatial awareness, that is simply astounding. It seems, instead of a Neolithic focus on Solstice alignments, these four structures were instead devoted to the far more complex lunar orbit. Showing a knowledge of the orbit of the moon, far too accurate to be logically explained. The arc distance between the CenterPoint’s of the long barrows, discovered to represent the value of days per lunar orbit, known as an astronomical constant. With Avebury Henge to Silbury Hill displaying the anomalistic orbit, the moons orbit around the constellation of the stars. Both arcs present astronomical constants, days per lunar orbit, and days per lunar anomalistic period. These ancient people somehow knew about these complex orbits, so intrinsically, the geospatial alignment between the 4 monuments, have been mathematically calculated to be so precise, they are exact down to the third decimal. Questions obviously arise from such an awareness, of such complex knowledge. For example, if these ancient people had such an intimate knowledge of astronomical precessions, why were they only capable of constructing such primitive structures, which represent such accuracies? Secondly, if they were only capable of building such structures, who gave them this knowledge? Or indeed, where did it come from? Were they, as we have often postulated, a surviving remnant of a far more advanced civilisation, that experienced cataclysm upon our planet? Retaining such knowledge at that time, yet had lost their technology? Slowly leading to a loss of this information, over several generations of primitive life? Regardless of our postulations, the complexity within these alignments is undeniable, astonishing, and undoubtedly evidence of the past existence of superior ancient knowledge, and as such, incredibly compelling. http://www.jqjacobs.net/blog/long_bar... http://www.megalithic.co.uk/modules.p...