OUT OF MIND » CHANGING ENVIRONMENT & NATURE » EARTH CHANGES » A seismic wave rolled around the world for more than 20 minutes… And yet, it seems, no human felt them

A seismic wave rolled around the world for more than 20 minutes… And yet, it seems, no human felt them


On the morning of November 11, just before 9:30 UT, a mysterious rumble rolled around the world. The seismic waves began roughly 15 miles off the shores of Mayotte, a French island sandwiched between Africa and the northern tip of Madagascar. The waves buzzed across Africa, ringing sensors in Zambia, Kenya, and Ethiopia. They traversed vast oceans, humming across Chile, New Zealand, Canada, and even Hawaii nearly 11,000 miles away. These waves didn’t just zip by; they rang for more than 20 minutes. And yet, it seems, no human felt them. 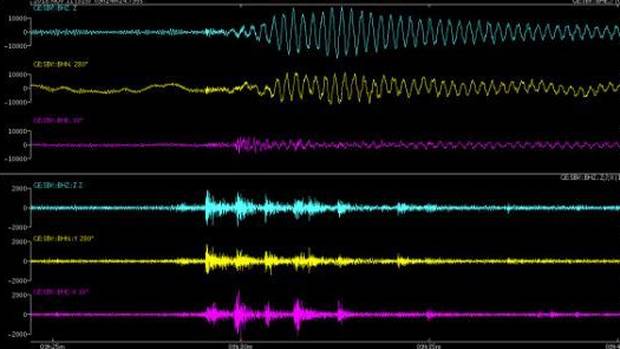 Only one person noticed the odd signal on the U.S. Geological Survey’s real-time seismogram displays. An earthquake enthusiast who uses the handle @matarikipax saw the curious zigzags and posted images of them to Twitter. That small action kicked off another ripple of sorts, as researchers around the world attempted to suss out the source of the waves. Was it a meteor strike? A submarine volcano eruption? An ancient sea monster rising from the deep? 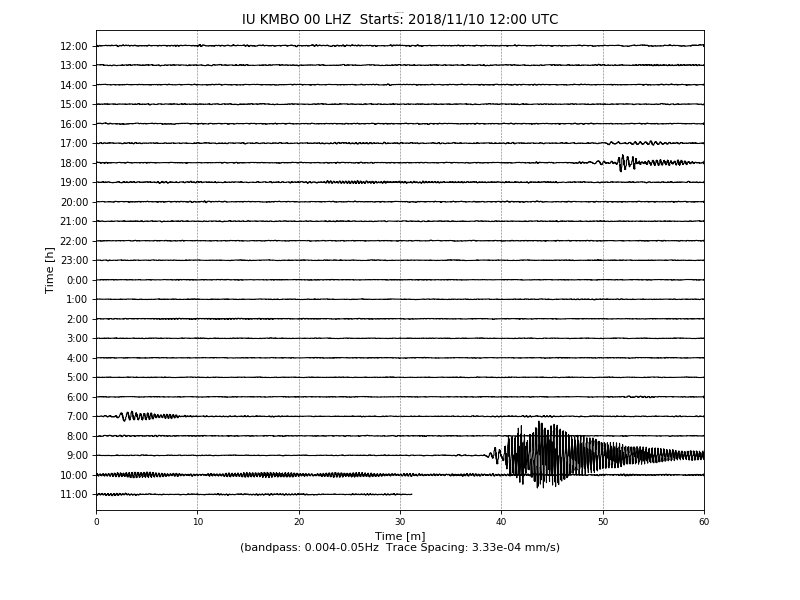 “I don’t think I’ve seen anything like it,” says Göran Ekström, a seismologist at Columbia University who specializes in unusual earthquakes.
“It doesn’t mean that, in the end, the cause of them is that exotic,” he notes. Yet many features of the waves are remarkably weird—from their surprisingly monotone, low-frequency “ring” to their global spread. And researchers are still chasing down the geologic conundrum.

Why are the low-frequency waves so weird?

In a normal earthquake, the built-up tensions in Earth’s crust release with a jolt in mere seconds. This sends out a series of waves known as a “wave train” that radiates from the point of the rupture, explains Stephen Hicks, a seismologist at the University of Southampton.
The fastest-traveling signals are Primary waves, or P-waves, which are compression waves that move in bunches, like what happens to an extended slinky that gets suddenly pushedat one end. Next come the secondary waves, or S-waves, which have more of a side-to-side motion. Both of these so-called body waves have relatively high frequencies, Hicks says, “a sort of ping rather than a rumbling.”

Finally, chugging along at the end come slow, long-period surface waves, which are similar to the strange signals that rolled out from Mayotte. For intense earthquakes, these surface waves can zip around the planet multiple times, ringing Earth like a bell, Hicks says.
However, there was no big earthquake kicking off the recent slow waves. Adding to the weirdness, Mayotte’s mystery waves are what scientists call monochromatic. Most earthquakes send out waves with a slew of different frequencies, but Mayotte’s signal was a clean zigzag dominated by one type of wave that took a steady 17 seconds to repeat.


This is the recording of the ~09:30 UTC Southern Indian Ocean event from Kilima Mbogo, Kenya. The signal has had a highpass filter applied to it at 0.01 Hz, 0.05 Hz, 0.1 Hz & 0.2 Hz respectively. As can be seen the signal is very low frequency @stevenjgibbons @ALomaxNet 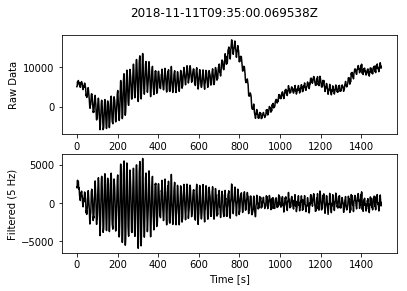 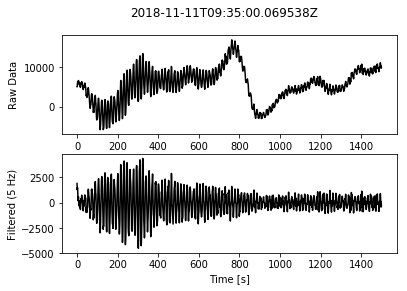 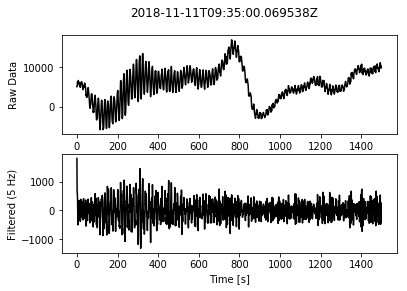 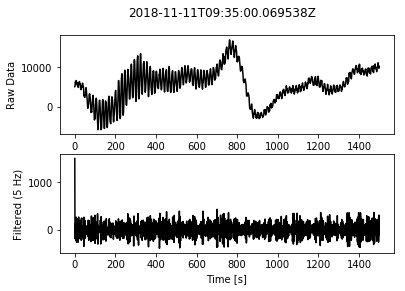 Based on the scientific sleuthing done so far, the tremors seem to be related to a seismic swarm that’s gripped Mayotte since last May. Hundreds of quakes have rattled the small nation during that time, most radiating from around 31 miles offshore, just east of the odd ringing. The majority were minor trembles, but the largest clocked in at magnitude 5.8 on May 15, the mightiest in the island’s recorded history. Yet the frequency of these shakes has declined in recent months—and no traditional quakes rumbled there when the mystery waves began on November 11.
The French Geological Survey (BRGM) is closely monitoring the recent shaking, and it suggests that a new center of volcanic activity may be developing off the coast. Mayotte was formed from volcanism, but its geologic beasts haven’t erupted in over 4,000 years. Instead, BRGM’s analysis suggests that this new activity may point to magmatic movement offshore—miles from the coast under thousands of feet of water. Though this is good news for the island inhabitants, it’s irksome for geologists, since it’s an area that hasn’t been studied in detail.
“The location of the swarm is on the edge of the [geological] maps we have,” says Nicolas Taillefer, head of the seismic and volcanic risk unit at BRGM. “There are a lot things we don’t know.” And as for the November 11 mystery wave, he says, “it’s something quite new in the signals on our stations.”


Replying to @ALomaxNet @UKEQ_Bulletin
Hi Guys, loving this work. Am sure you have seen this, but in case it was missed, there is a @raspishake active on Mayotte. Must have been real close. 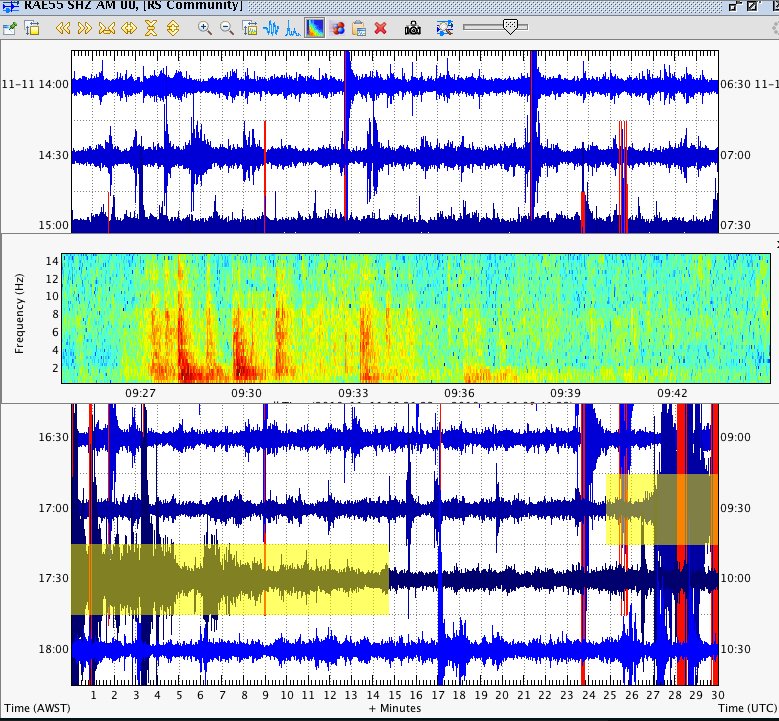 Motion in the ocean

Though baffled, scientists aren’t without leads. For one, they know that Mayotte is on the move. Since mid-July, GPS stations on the island have tracked it sliding more than 2.4 inches to the east and 1.2 inches to the south, according to a BRGM report from November 12. Using these measurements, Taillefer notes, the agency estimates that a magma body that measures about a third of a cubic mile is squishing its way through the subsurface near Mayotte.
The early period of rumbling was also overprinted with what seemed to be the P- and S- waves of tiny tremors, explains Lomax, who spotted the faint pings by filtering out the low-frequency signals. Such pings are commonly associated with magma moving and fracturing rock as it squirts through the crust. But even those signals were a little strange, says Helen Robinson, a Ph.D. candidate in applied volcanology at the University of Glasgow.
“They’re too nice; they’re too perfect to be nature,” she jokes, although she quickly adds that an industrial source is impossible, since no wind farms or drilling are taking place in the deep waters off Mayotte’s shores.
Ekström thinks that the events on the morning of November 11 actually did begin with an earthquake of sorts equivalent to a magnitude 5 temblor. It passed by largely unnoticed, he suggests, because it was what’s known as a slow earthquake. These quakes are quieter than their speedy cousins since they come from a gradual release of stress that can stretch over minutes, hours, or even days.
“The same deformation happens, but it doesn’t happen as a jolt,” Ekström says.
These slow types of quakes are often associated with volcanic activity. At the Mount Nyiragongo volcano in the Democratic Republic of Congo, a similar slow earthquake and low-frequency waves were linked with a magma chamber collapsing. Slow quakes were also stunningly frequent during the most recent fiery run of Kilauea in Hawaii, which produced nearly 60 of these events between May and the end of July, sending seismic waves around the world.

So what is actually causing the super-slow vibrations at Mayotte? A submarine eruption could produce these low rumblings, but evidence for such an event has yet to materialize.
Most current guesses revolve around resonance in a magma chamber, triggered by some type of subsurface shift or chamber collapse. The resonance itself can be any type of rhythmic motion, like sloshing of the molten rock, or a pressure wave ricocheting through the magma body, Ekström explains. Studying the intricate features of the seismic waves could yield clues to the size and shape of the molten material lurking below.
It is very difficult, really, to say what the cause is and whether anyone’s theories are correct.
“It’s like a music instrument,” says Jean-Paul Ampuero, a seismologist at the Université Côte d’Azur in France. “The notes of a music instrument—whether it’s grave or very pitchy—depends on the size of the instrument.”
The signal’s odd uniformity could be due, in part, to the surrounding rocks and sediments, Lomax adds. Perhaps the local geology is filtering the sounds and only letting this single 17-second wave period escape.
Robinson agrees with this idea, noting that the geology here is extremely complex. Mayotte sits in a region crisscrossed by ancient faults—including fracture zones from the final breakup of the southern supercontinent Gondwana. What’s more, the underlying crust is somewhat transitional, shifting between the thick continental crusts and the thinner oceanic crusts. Perhaps this complexity drives the simplicity of the escaping waves, Robinson says.

Secrets of the sea

For now, though, the lack of data makes it tough to say more about the wiggly forms. Hicks’ preliminary models hinted that the waves emanated from subsurface inflation, rather than a magma chamber draining or collapsing. But with a little additional data, the model flipped and pointed to chamber deflation instead.
It also could be a bit of both, notes Robinson: “Some collapse mechanisms, you can get inflation and deflation occurring at the same time,” she says. Or sometimes they can alternate, pumping up and down like Earth’s fiery lungs.
“It is very difficult, really, to say what the cause is and whether anyone’s theories are correct—whether even what I’m saying has any relevance to the outcome of what’s going on,” Robinson says.
BRGM plans to do ocean bottom surveys to get more detailed information about the region and investigate the possibility of a submarine eruption. In the meantime, the seismic sleuthing continues with the data that’s available. Whether the cause is ordinary or extraordinary remains to be seen, Lomax says, but the science—and the fun—is in the chase.
“Depending on what field and what time in history, 99.9 percent of the time, it’s ordinary, or noise, or a mistake, and 0.1 percent, it’s something” he says. “But that’s just the way it goes. That’s the way it should go. That’s scientific advance.”
Another geological mystery!
National Geographic – Strange waves rippled around the world, and nobody knows why

OUT OF MIND » CHANGING ENVIRONMENT & NATURE » EARTH CHANGES » A seismic wave rolled around the world for more than 20 minutes… And yet, it seems, no human felt them