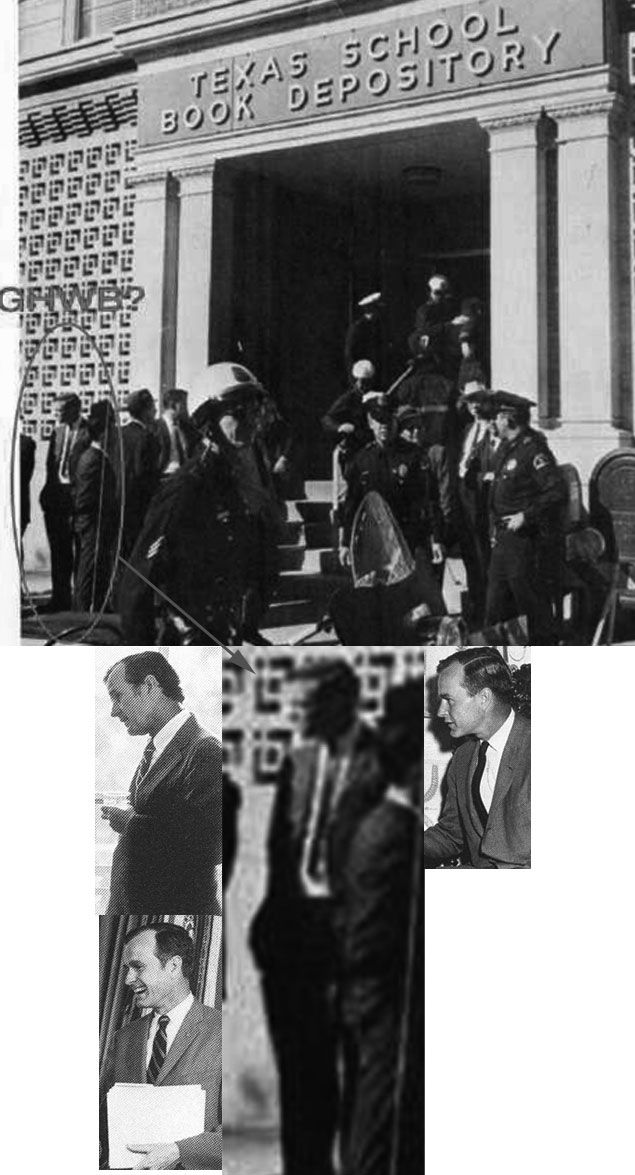 I can’t even bear to look at the headlines, much less read through any of the effusive commentary on the death of this singular man, arguably one of the most evil to ever walk the face of this earth during our time. And frankly, I’m surprised that DJT goes along with it, even tweets encomiums of his own! Can’t bear to quote them or anyone else’s. And yup, it’s my reflections on my own surprise that generated much of this post. Read on, if you dare:
I’m grateful to note that, thanks to the internet, there are plenty of alternative voices to counter the official praise, many of them detailing WGHB’s lifetime of evil deeds, as well as those of his father, Prescott Bush, a banker who funded the Nazis. For example, this:
George H.W. Bush: The Secret History of the 41st President of the United States
However, another possibility raises its devious little head: and that is that this state funeral, full of pomp and circumstance, and planned for December 5th at least since GHWB might have died on December 14, when Comey first tweeted about his dead dog, or anyway since December 26, when Joe M retweeted Comey’s dead dog tweet and asked if GHWB died. Or maybe, hell maybe he did just die a natural death just before November slid into December,  and then his family did just coincidentally schedule his funeral for Dec 5, the very day of the much vaunted Huber testimony.
NOT! According to Q:

Or . . . maybe this entire drama is a psy-op. Not that the evil one didn’t die. Surely he died — or, if he didn’t, I bet even his family is tired of trying to keep him alive — but that the entire scenario is a distraction to keep us in confusion, as usual. Not sure what kind, of course. But maybe, just maybe, Trump knew that the body was being preserved until the Friday eve of December, and knew about the rollout of funeral plans for Dec 5 just exactly on the date that would disrupt Huber’s scheduled plan to testify on the crimes of the Clinton Foundation..
In other words, we who follow Q have been thinking that Dec 5 is crucial because of the Huber testimony, but maybe, just maybe, all along, it’s this funeral that Q had in mind for that date.
How else to explain Trump’s apparent willingness to not just go along with the charade, but to tweet out his own effusive praises, and declare Dec 5 a National Day of Mourning, so that federal offices and the stock market would be closed? Might this be the day something even more yuge than Huber’s planned testimony will go down, underneath the cover of the state funeral?
Hell, might the National Cathedral funeral itself be used as the stage to round up all the big name perps with sealed indictments hanging over their heads? Just imagine: the MSM propaganda press is filming and commenting on the whole drama, as all of  the politicos, Republicans and Democrats united for once, piously praise the passing of one man responsible for thousands, even millions of deaths worldwide over a half a century, when:  BAM! YOU’RE ALL UNDER ARREST.
I mean, in order to even begin to think this way, I have to trust Trump, which I do tend to do at this point. It took me about a year to shift my thinking process, and there are still plenty of areas where I think he is totally blind, especially concerning humanity’s relationship to the Earth herself, and his concommitant inability to see through the glitter of money and materialism to the natural world below — and admittedly, these are yuge caveats! — but even so, this colossus is a 4D chess player of immense experience, skill and a long-range visionary goal for not just Americans, but the entire human race.
So yes, I’m a dreamer. And you?

Coming back to earth, you might want to listen to Dava Janda’s concern about time running out, given that the new congress will be installed in early January.

If Huber’s testimony is postponed, would it be possible to reschedule it in December? According to Les Walgreen, it’s still on the docket, however.

Watching, and waiting, with bated breath, while crossing my fingers, and hoping to high heaven that we really are in the time of reckoning.