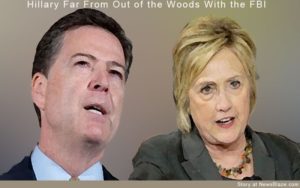 December 10, 2018
The Department of Justice is requesting that the justification of an FBI raid on a reportedly recognized whistleblower’s home remain secret, according to a letter from U.S. Attorney Robert Robert Hur.
The letter was sent to the U.S. District Court for the District of Maryland on Dec. 7 in response to The Daily Caller News Foundation’s Nov. 30 request to unseal court documents that would show the FBI’s rationale for the raid.
The documents could potentially reveal whether the bureau and the magistrate who signed the court order allowing the raid, Stephanie A. Gallagher, knew that the subject was, according to his lawyer, a recognized whistleblower.
Sixteen FBI agents raided Dennis Cain’s Union Bridge, Maryland, home on Nov. 19 for six hours, even though Cain told them that he was a recognized whistleblower and handed classified documents over to the agents. (EXCLUSIVE: FBI Raids Home Of Whistleblower On Clinton Foundation, Lawyer Says)
The documents Cain possessed reportedly showed that federal officials failed to investigate potential criminal activity regarding former Secretary of State Hillary Clinton, the Clinton Foundation, and the Russian company that purchased Uranium One.
Cain gave the documents to Justice Department Inspector General Michael Horowitz, who had a senior official from his office hand-deliver them to the House and Senate Intelligence Committees, according to Cain’s layer, Michael Socarras.
Cain, a former employee of an FBI contractor, has not been arrested in connection with the raid.
Whistleblower advocates and defense attorneys have condemned the raid, and Senate Judiciary Committee Chairman Chuck Grassley demanded that FBI Director Christopher Wray justify the raid and divulge whether the bureau knew about Cain’s reported disclosure. The Iowa Republican gave Wray until Dec. 12 to respond.
Hur did not address Cain’s reported status as a protected whistleblower in his letter to the court and instead appeared to employ boilerplate objections to keep the documents out of the public. He also did not invoke national security concerns or claim that Cain possessed classified information.
Releasing the raid’s justification would “seriously jeopardize the integrity of the ongoing investigation,” Hur wrote in his eight-page letter. “Making this type of information public while this investigation is ongoing could harm the government’s ability to find additional relevant evidence.”
He also stated that his office opposed the court order’s public release “to guard against possible tampering of witnesses and destruction of evidence, and to maintain the ability of the grand jury to investigate this matter.”
Hur wrote that “unsealing would expose details of the government’s investigation and impact the government’s ability to secure charges in this matter.” His letter also indicated that there were other “targets or subjects of the investigation.”
The U.S. Attorney claimed that redacting the search warrant application “is not practicable” because the warrant is “interwoven with sensitive investigative information.”
Source 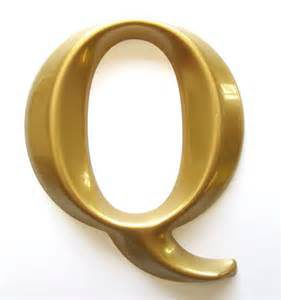 Sometimes QAnon gives us unique perspectives on the headlines, like this one from last night. Sometimes (often) things are not what they seem.

For those not aware there are good guys and bad guys in every outfit/agency, it can be very confusing. Click the Twitter link Q provided below for clarity.  ~ BP

Sometimes ‘intrusions’ have a way of safeguarding people & evidence.
Sometimes ‘intrusions’ are a necessary event in order to safeguard chain of custody [post OIG WB status + doc handover protocols].
Active criminal investigations of this magnitude must be handled w/ extreme care.
The moment your name went ‘live’ there was no other choice.
Keep the faith, Patriot.
You are never alone.
Q
Source

Second, the Justice Department was sued over Obama DOJ’s efforts to shut down the Clinton Foundation investigation.
Just prior to that, a Clinton Foundation / Uranium One whistleblower’s home was raided by the FBI.
Then, there’s the possible extradition of Huawei’s CFO to the US for prosecution.  Huawei is a Chines company with ties to the Clintons going back to the 1990s.
We had a ruling in favor of Judicial Watch to conduct a careful discovery into the Clinton email issue, and there was a pretty substantial Hillary Clinton document dump at the FBI too.
All of this has occurred within the past two weeks.
A report last week from Rep. Mark Meadows (R-NC) claims new Clinton Foundation whistleblowers have come forward with hundreds of pages of evidence.  That story comes from Catherine Herridge and Samuel Chamberlain at Fox News.
Three people have come forward with hundreds of pages of evidence of potential wrongdoing by the Clinton Foundation, including misappropriation of funds and allegations of quid-pro-quo promises made to donors during Hillary Clinton’s tenure as secretary of state, Rep. Mark Meadows, R-N.C., told Fox News on Thursday.
Meadows, the leader of the conservative House Freedom Caucus, is also the chairman of the House Oversight Subcommittee on Government Operations. The panel is set to hold an investigative hearing next week on the status of the Foundation case.
…
Last week, Fox News reported that newly filed tax documents showed donations to the Clinton Foundation plunged in the wake of Hillary Clinton’s loss to Donald Trump in the 2016 presidential election. The filings showed that the foundation took in $26.6 million in 2017, a 58 percent drop from the $62.9 million it received the previous year.

A spokesman for the foundation told The New York Post the drop was “largely attributable to the absence of sponsorship and membership contributions for [the Clinton Global Initiative]”, which wrapped up in 2016. However, Meadows said that the donation drop “raises grave concerns their operations were not above board as the American people have been led to believe.
“Whenever we look at the possibility of ‘pay to play’ by government officials, current or former, it demands answers,” Meadows added, “and anyone who uses public office to sell access for their own financial benefit must be held accountable.”
This, along with numerous other scandals that occurred while Clinton was Secretary of State, including the blatantly lying to the American people about Benghazi and leaving American men to die at the hands of Islamic jihadis that she was in bed with lead to the conclusion that she was engaged in treason for her own benefit.
This leads me to remind us that former CIA agent Kevin Shipp pointed this out earlier this year by explaining what Hillary Clinton did with her charity and Uranium One while she was Secretary of State was a crime for the history books.  Shipp claims that “Hillary Clinton was and is running a global financial criminal syndicate.”

Shipp explains, “Hillary Clinton used this to launder money in foreign banks so it wasn’t subject to U.S. laws, congressional subpoenas or FOIA demands for the evidence. This was done to launder this money globally into the Clinton Foundation so the U.S. government could not examine it at all.”
Shipp also blasted Robert Mueller who was head of the FBI at the time and was involved in the Uranium One coverup.
“Mueller is either a complete moron, which he is not, or he overlooked the biggest counterterrorism cases in U.S. history,” Shipp said.  “It involved Hillary Clinton, the Clinton Foundation, Uranium One and, of course, the destruction of all the emails and evidence and her secret server, and on and on and on it goes, and he (Mueller) ignored it all.”
Ship adds that Clinton has seemingly gotten away with her crimes.

“The most bizarre thing is the people who protected her from clear felonious activity and violations of the Espionage Act,” Shipp said.  “James Clapper, Director of National Intelligence, was protecting her and leaking things to the media and lying. You had John Brennan, Director of the CIA, protecting her by starting a false investigation (on Trump) and stirring things up with this (false/unverified) dossier. You had James Comey, Director of the FBI, protecting her…
Then, you’ve got Peter Strzok protecting her, and now it appears the United Kingdom GCHQ was using NSA information to target Donald Trump and protect Hillary Clinton. You have to ask yourself what kind of power or connections does this woman have to get all of these members of the Deep State, Shadow Government to risk their own criminal penalties to protect her and try to get her elected? That is the Shadow Government. That is the Deep State. That is what is so chilling about this whole thing…
This is deep. This is dark. This is as dark as it gets, and this is the biggest espionage case involving government officials in the history of this country.”

Shipp also points out that, this time, it will not be business as usual for the “Deep State and Shadow Government.” They are going to be brought to justice because Shipp says, “indictments are coming because of Donald Trump coming into the White House from the outside. Trump cannot be bribed.”