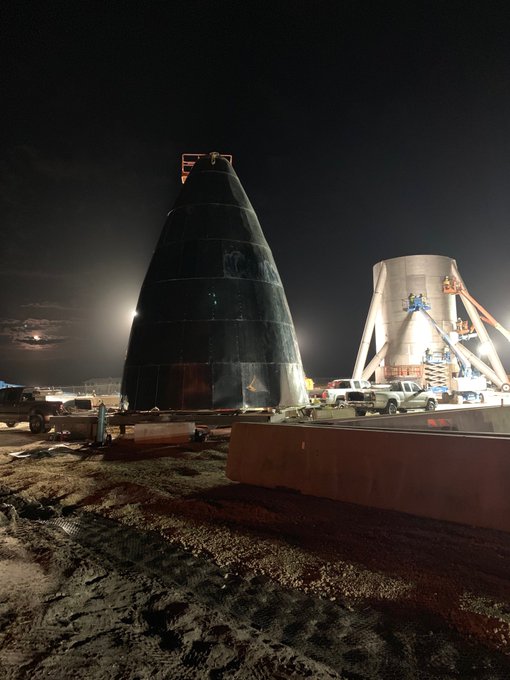 The test hopper show on Sunday rocket will largely be made of stainless steel (for comparison, Falcon 9 is made of carbon fiber components, which are far lighter). This is a durable material that will be up to the challenge of long-duration spaceflight (which is the eventual goal for this project) but is a mix of new alloys and design that differentiate it from past stainless steel-based rockets. This is important, Musk added, because it means that the rocket will be resistant to buckling — literally collapsing on the launch pad when it’s not pressurized.
But the development of the new alloy is also indicative of the “radical” design changes that Musk hinted at earlier this fall, when he rechristened the project (formerly called Big Falcon Rocket) to Starship. At that point, he announced that the new design was “delightfully counterintuitive.” Now we know that the shift to stainless steel was at least part of what he was hinting at. He also announced that the hopper will feature three raptor engines, which he also added were “radically redesigned.”

When completed, The Big Falcon Rocket system will dwarf previous projects
Materials aside, Musk also confirmed that at least this early test hopper will have a pretty hard slant toward a retro style — it won’t be painted (it will get too hot for that.) But Musk added that it might sport a glossy mirror finish for “maximum relfectivity.” At this point, it’s sporting a heavy raygun gothic style.
As for when a test flight from the test hopper imminent, Musk announced that we can expect to see something around March or April, which is when he’ll also give a “full technical presentation” outlining what we can expect from the completed starship.