OUT OF MIND » THE INSANITY OF REALITY » POISON PLANET » Ethan A. Huff ~ Americans Eat More Than Their Body Weight In GMOs Every Year, Study

Ethan A. Huff ~ Americans Eat More Than Their Body Weight In GMOs Every Year, Study 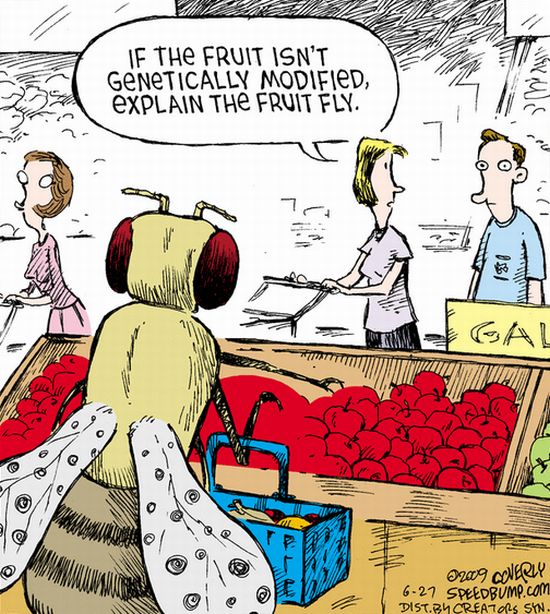 The consumer advocacy organization Environmental Working Group (EWG)
has put out a new paper that estimates the average person’s yearly
consumption of genetically-modified organisms (GMOs). And based on the
figures, which EWG admits are very likely understated, the average
person consumes more than their own body weight’s worth of GMOs every single year, a shocking reality with unknown, long-term health consequences.

For their study, EWG researchers compiled data from 2011 U.S. Department of Agriculture (USDA)
data sheets on average per capita consumption of various GM foods,
including corn-based sweeteners like corn syrup, salad oils, and various
other “corn products” like corn oil and corn meal. They then analyzed
these figures based on the percentages of each of the crops used to make
these products that are genetically engineered in the U.S.

The average adult in America, it turns out, weighs 179 pounds, and consumes an average of 193 pounds of GM corn-based products and salad oils every year.
And when various other GMOs are added into the mix that were not
included as part of the original study — in addition to corn and sugar
beets, soybean oil and other soy-based products, conventional papaya,
and canola oil are all widely consumed foods of GM origin as well — the
contrast between body weight and GMO consumption widens even more
significantly.

“From these figures, EWG calculated that the average American
annually consumes genetically engineered foods in these quantities: 68
pounds of beet sugar, 58 pounds of corn syrup, 38 pounds of soybean oil
and 29 pounds of corn-based products, for a total of 193 pounds,” says
EWG.

With more new GMOs on the way, consumption patterns expected to increase dramatically


These figures are only estimates, of
course, as some Americans are health savvy enough to avoid many of the
common GMO ingredients and additives used in conventional foods, while
others chug down excess amounts of corn syrup-laden sodas and
soy-glutted condiments and sauces like it is nobody’s business. But the
fact of the matter is that Americans as a whole are being used as human guinea pigs in a massive biotechnology experiment with uncharted ramifications.

And the really bad news is that, unless GMO labeling laws like
Proposition 37 in California are passed in the very near future, the
biotechnology industry will continue to secretly release evermore GMOs into
the food supply. In the next few decades, in fact, Americans will very
likely be subjected to a whole host of new, undisclosed GMOs if
mandatory GMO labeling does not become a national standard.

“While it is unclear how long it may take for these new genetically
engineered crops to reach the market, this long list makes it likely
that people could be eating two or three times their weight in GE food
annually within the next decade.”

To learn more about California’s efforts to become the first U.S. state to mandate GMO labeling at the retail level, visit: http://www.carighttoknow.org/

Also, be sure to check out the hard-hitting new documentary Genetic Roulette by award-winning author, filmmaker, and Executive Director of the Institute for Responsible Technology (IRT), Jeffrey Smith: http://geneticroulettemovie.com/

OUT OF MIND » THE INSANITY OF REALITY » POISON PLANET » Ethan A. Huff ~ Americans Eat More Than Their Body Weight In GMOs Every Year, Study