OUT OF MIND » THE INSANITY OF REALITY » GOVERNMENTS & THE NEW WORLD ORDER » Russian “Poseidon” Makes Its Debut!


RUSSIA has begun testing an “unstoppable” underwater drone that experts fear could trigger a 300ft radioactive tsunami with a massive nuclear blast in the sea. 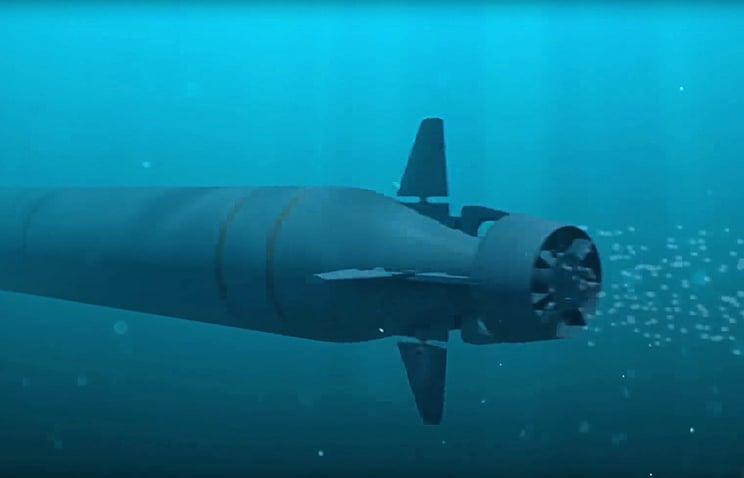 The unmanned Poseidon submarine – designed to wipe out enemy naval bases – is dubbed the “City Buster” because it is said to be be able to sneak close to shore to unleash Armageddon.
The prototype doomsday craft took to the waves for the first time on Christmas Day to begin under-sea trials.
A defence source is quoted as saying: “In the sea area protected from a potential enemy’s reconnaissance means, the underwater trials of the nuclear propulsion unit of the Poseidon drone are under way.“
The drone is said to be powered by a miniaturised nuclear reactor, which has been fitted to the rear for ocean tests.
However development is at an early stage and the craft is being carried by one of the Russian navy’s nuclear submarines “as part of experimental design work rather than full-fledged sea trials at this stage.“
In this first video, editor-in-Chief of the National Defense Magazine, Igor Korotchenko presents the different new Russian missiles… Poseidon comes @5:43:

Vladimir Putin revealed the existence of the state-of-the-art new weapon earlier this year, saying it will be able to whizz through the ocean almost silently at up to 70 knots.
The president said in March: “We have developed unmanned submersible vehicles that can move at great depths (I would say extreme depths) intercontinentally, at a speed multiple times higher than the speed of submarines, cutting-edge torpedoes and all kinds of surface vessels, including some of the fastest. It is really fantastic. They are quiet, highly manoeuvrable and have hardly any vulnerabilities for the enemy to exploit. There is simply nothing in the world capable of withstanding them.“
Poseidon – originally called the Status-6 Oceanic Multipurpose System – got its name after a Boaty McBoatface-style public poll by Russia’s defence ministry.
The drones will be armed with conventional weapons and a two megaton nuclear warhead with the “primary purpose” of destroying naval bases.

Fear of other countries

However analysts at the Pentagon – which uses the name Kanyon for the drones – are said to believe they will carry “tens of megatons” of explosive power. Poseidon nuclear drone tests have begun on December 25, 2018. Picture: Russia’s Defense Ministry press service
Experts have said that kind of blast under water could be enough to trigger a tsunami as powerful as the one that killed 20,000 people in Japan and knocked out the Fukushima power plant in 2011.
Rex Richardson, a physicist, told Business Insider: “A well-placed nuclear weapon of yield in the range 20MT to 50MT near a sea coast could certainly couple enough energy to equal the 2011 tsunami, perhaps much more.”
Some reports claim the resulting wave could reach 300ft, swamping entire cities.
And there are fears it could blow ocean sediment into the air, generating a deadly radioactive dust cloud.
And which country will be the first target?

OUT OF MIND » THE INSANITY OF REALITY » GOVERNMENTS & THE NEW WORLD ORDER » Russian “Poseidon” Makes Its Debut!