OUT OF MIND » PERCEPTUAL AWARENESS » THE SHIFT IN CONSCIOUSNESS » DID EDGAR CAYCE SPEAK ABOUT 2012? KEVIN TODESCHI ANSWERS YOUR QUESTIONS

DID EDGAR CAYCE SPEAK ABOUT 2012? KEVIN TODESCHI ANSWERS YOUR QUESTIONS


Edgar Cayce on the New Age


DID EDGAR CAYCE SPEAK ABOUT 2012?
KEVIN TODESCHI ANSWERS YOUR QUESTIONS

Jennie Taylor Martin: Kevin, we’re asked this question all the time here at A.R.E. What did Edgar Cayce say about 2012?

Kevin Todeschi: Well, the bottom line is, the
numbers 2012 are not in the Edgar Cayce readings. What Edgar Cayce did
talk about is the change of an age, or the New Age, the Aquarian Age. He
gave quite a bit of information on what this New Age will be about,
what this transitional period is all about, and what we can expect.

In 2012, of course, according to the Mayan calendar … [it comes] to
an end on December 21, 2012. So, lots of people are expecting something
to happen. Maybe the Mayans knew something we didn’t. Should we be
worried about the end of the world? None of [the] Cayce material
[indicates this]. Cayce talked about how we’d enter into a New Age that
would be known for three things: purity, global consciousness, and a
height of spiritual consciousness that we have yet to encounter.

Just in brief, in terms of purity, he suggested that eventually, this
New Age would be known as the Age of Purity. Now I don’t think that
he’s suggesting that on December 22nd, the day after the Mayan calendar
comes to the end, we are all going to wake up and say, “Oh my God, we
are in the Age of Purity!” I’m thinking instead it’s that a generation
or two will look back and will say, you know, I think something really
happened around 2012, with an awareness that something changed in terms
of our world consciousness.

In terms of global consciousness, Cayce suggested that everyone on
the Earth is part of a family—a brother, a sister—and part of this New
Age consciousness would entail us becoming aware of that responsibility
to one another; that regardless of the nation we were in, or where we
were in the Earth, we would become aware that we had to help someone on
the other side of the world. And that’s something that would be a part
of where we’re heading as well.

Jennie Taylor Martin: In practicality, how can a person speak with God? 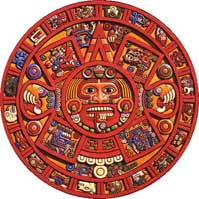 Kevin Todeschi: Let
me give a short term, and a long term answer. I think in the short
term, and right now, in many, many ways the Divine is constantly
communicating with us, but we’re just not aware of it. So that, for
example, through our dreams, through our intuitive hunches, through our
feelings, through our inspirations, through the relationships that are
brought into our lives, through our experiences … I think all those
things have a Divine counterpart; that somehow the Divine is trying to
communicate with us. The challenge is that we are not hearing the
Divine. So, in the short term, we’ll have more and more of those
experiences, and awaken to the awareness of “now wait a minute, there is
something for me to learn, or someone is trying to tell me something,”
and that someone is the Divine.

In the longer term, I think what it suggests is that we will become
aware of the fact that this is a Divine communication, we will also tune
in to what Cayce described as God Consciousness or Christ
Consciousness, the awareness within each of us of our oneness with the
Divine, so that somehow getting in touch with our connectedness with one
another, and our connection with God; and so being able to speak with
the Divine would suggest to me that we will be much aware of how somehow
we move through life with each other and very much with the Divine in
our hearts and our minds and our souls; we are all connected somehow
even though we are still individual.

Jennie Taylor Martin: What can a person do to prepare to this coming New Age?

Kevin Todeschi: That’s a good question, and I think
Cayce would say it is something we should actually prepare for. In fact,
on one occasion he gave this reading to a woman and told her that only
those who are actually preparing for a New Age will ever become aware of
what is going on around them. In other words, we might be entering into
a New Age, and lots of people won’t have a sense that anything is
different. Maybe we wake up on December 22, 2012, and say, “Nothing
happened.” But in truth, there is a change of energy going on, and the
Cayce readings suggest that if we want to be a part of that, we should
begin to apply the very best that we know in terms of our relationships
with other people, our connection to the Divine, and even our attunement
to ourselves regardless of our religious background or belief system. I
think the Cayce readings would suggest that we could all agree on three
things: that it is important to love the creator, however we might
define that force; it’s important to love one another; and it’s
important to love ourselves. And that certainly is a part of preparing
for the New Age. Now I think it’s ironic that lots of times people say
they are very interested in preparing for the New Age and yet they are
not speaking to their neighbor, or there is someone at work they don’t
like and they are not trying to heal that relationship. So I think
whatever is front of you in terms of something that is out of synch in
terms of harmony, those are the things we probably need to address.

Jennie Taylor Martin: Thank you, Kevin, for taking time to talk to us about 2012.

OUT OF MIND » PERCEPTUAL AWARENESS » THE SHIFT IN CONSCIOUSNESS » DID EDGAR CAYCE SPEAK ABOUT 2012? KEVIN TODESCHI ANSWERS YOUR QUESTIONS