OUT OF MIND » THE INSANITY OF REALITY » GOVERNMENTS & THE NEW WORLD ORDER » Odd Signs of “Something”: Are We On the Brink?

Odd Signs of “Something”: Are We On the Brink? 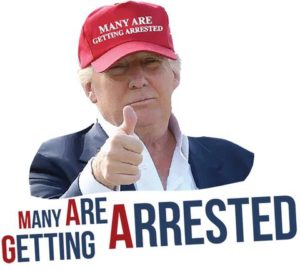 Folks are on a hair trigger and getting spooked due to reports of odd things unfolding… like the sky looking a little green or blue and flashing—at night in New York. That was explained, except for the root cause.

There was a brief electrical fire at our substation in Astoria which involved some electrical transformers and caused a transmission dip in the area. We’re currently investigating the cause of the incident. AQ

There are also some saying portions of the country are witnessing ATMs down, 911 lines are down, etc. See the first video, below, ignoring the grim aspects. ATMs have been reported out of commission many times before in isolated sections of the country.
Many believe the financial reset (not RV) will take place this weekend, meaning all banks will close, ATMs will not function, all stores will be closed because their cash registers/POS are connected to the banking system, gas pumps won’t work, etc. Despite any minor inconvenience, it’s a GOOD thing if the Reset occurs.
Anything’s possible, and I hope everyone has prepared.
Get cash out of the bank to last a couple of weeks in case you DO need anything, fill your gas tank(s), and just in case of any retaliatory acts by the cabal, make sure you have flashlights, candles, pretend you’re going camping and can cook simple meals. Then you’ve got it covered. The entire country will not be plunged into darkness due to a national power outage, we have been told.
From past experience we know that when certain parts of America have a power failure, it also can affect large swaths of Canada, so I doubt if that is on the table.
That happened around the year 2000 and when Ohio went down, parts of Ontario Canada did, too. In Toronto we were without power—some for 2 or three days—and it was party time. We got some ice for the deep freeze, the neighbours got together, we had an impromptu BBQ, and since we had no radio or television we just waited it out.
Eventually I got out my battery-powered radio and learned what had happened. Some areas were back up after 12 – 18 hours, maybe, but I felt sorry for the folks in the high-rise apartments who had no elevator for a couple of days.
If you have medications, pet supplies, and are well stocked on the daily necessities like bathroom tissue, water, etc. you should be fine. It’ll be fun. IF it happens.
And IF it happens, the entire world is connected to the new Quantum Financial System—which is already up and running, by the way, so the Reset/Reboot may rear its ugly head across the planet. We just don’t know what to expect because no one is talking—including Q.
Some military dudes have told civilians to relax. If you’ve readied your family as President Trump asked in the Preparedness Proclamation it’s no big whoop.
I’m just passing this on because there is some fear around this or whatever may happen, we hope all ARE prepared and we don’t have a lot to go on. Judging from some of the comments in the chat in the first video, some have not heard about the preparedness plan at all.
I think we have all we need at this point and a lot of people are welcoming the transition. When it does happen, it will mean a big leap forward toward making America great again.
Since this is all new and Americans have never had a national event like it and they are bracing for the unknown, many are anxious. There’s no need to panic. Ignore the fear porn.
No matter what happens, we’ll be fine. We don’t need to make it something negative, or worry. It’s not a crisis. It’s not “the apocalypse”—although if you use the word in its root sense, it could be.

An apocalypse (Ancient Greek: ἀποκάλυψις apokálypsis, from ἀπό and καλύπτω, literally meaning “an uncovering”) is a disclosure of knowledge or revelation.

What is going to happen, will happen, and we should be happy about it. It’s all for us, and means Freedom looms large. Keep your phone on and you may get a Presidential notification from the EAS system they tested on October 3rd in America with instructions. I assume they tested it for a reason.
As QAnon said, think logically, and you have everything you need. You can’t have a revolution without inconvenience, and some Americans need a high voltage jolt to get their attention.  ~ BP


WHAT HAPPENS IN 3 DAYS?

It was 38F when I got up this morning, and some folks are concerned about keeping warm if the power goes out. This video has an idea for an emergency space heater.

Bernie has a Q clip for us that I missed along the way. Apparently this CBS ad has been making the rounds. If you missed it, I Q’d it up at the 15 minute mark. Go Q!  I assume this is to link QAnon to the military—for those who resist making that connection. Fun times!  ~ BP

OUT OF MIND » THE INSANITY OF REALITY » GOVERNMENTS & THE NEW WORLD ORDER » Odd Signs of “Something”: Are We On the Brink?

» Spirit Signs - Top 4 Signs From Spirits
» American Republic On The Brink
» Prophetic Signs Things are Changing World Wide 2020! - Are These Biblical Signs of Things to Come?
» ON THE BRINK OF WAR AND ECONOMIC COLLAPSE
» World On The Brink