Make no mistake about it: The electrical grid across the USA is under attack.

Exactly who is conducting these black operations, and why, remains to be seen.
There is no question that someone (i.e. Deep State coup plotters) is very nervous in the service right now.  As they should be!
Something very, very BIG is about to go down as we saw at the Poppy Bush funeral.

Something quite HUGE is about to go down: Martial Law, Military Tribunals or Both?

Anatomy of the Dec. 27 attacks

What follows are 3 extraordinary events — ATTACKS ON THE ELECTRICAL GRID  — that just took place across the USA on Thursday, December, 27, 2018.
First there is a link and/or video documenting each attack, which is then followed by a screenshot for proof from various MSM news platforms.

What in the world just happened in Kenner Louisiana? (Video) 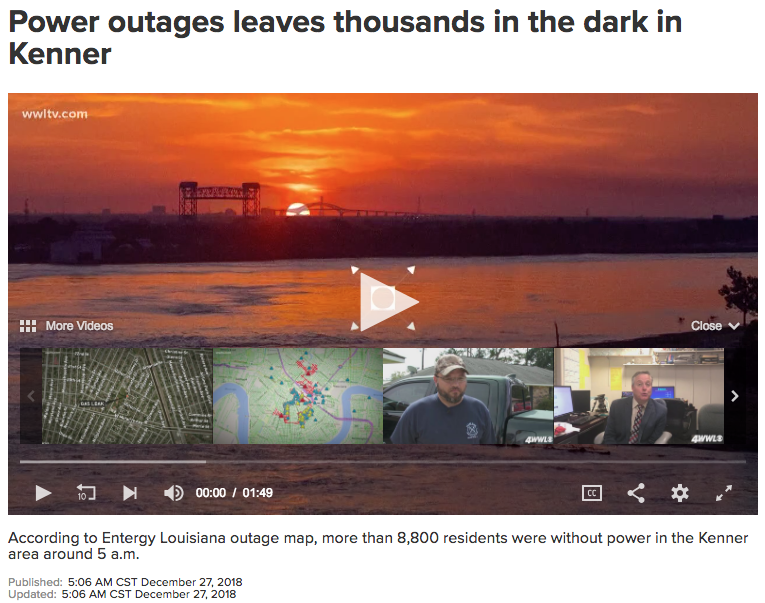 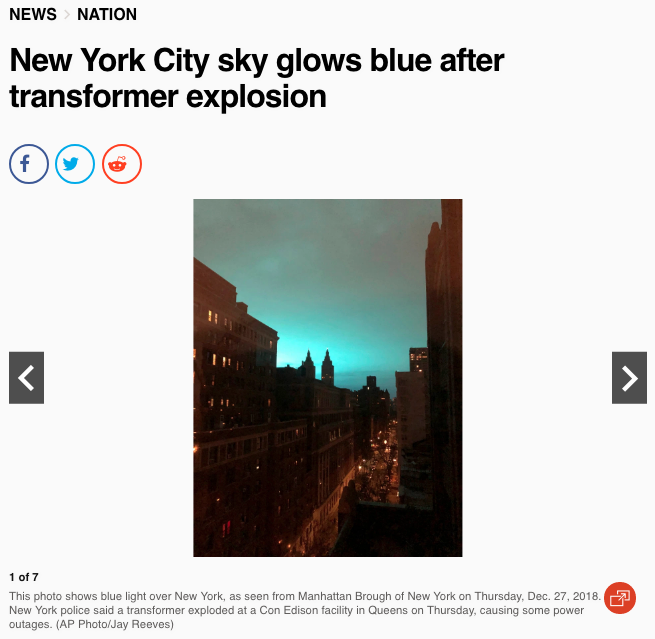 Who’s took down CenturyLink so hard? Even the FCC is investigating! 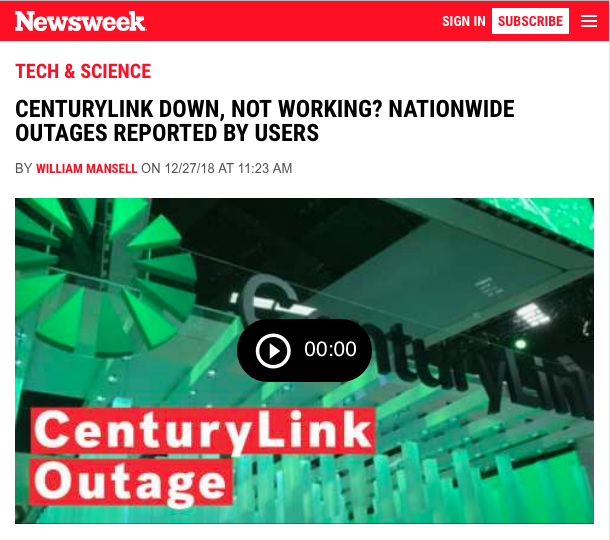 First of all, it ought to be obvious that the probability of 3 different attacks on the U.S. electrical grid occurring on the same day are quite high.
This is how the rogue C.I.A. factions like to do it.  They often use high drama events to capture the attention of the American people.  This demonstrates the power and control that Deep State has to carry out any type of attack, anywhere, anytime.
If the message is being sent to the POTUS, or the entire administration, they know it’s been received.  The “shock and awe” effect will see to that.
Especially during these extremely tense times inside the Beltway is there a need for the coup plotters to watch their every step.  The volumes of evidence of a full-blown coup d’état in the works can be downloaded on the Internet with a single keystroke.  And the prez is but a hairbreadth from launching such a pre-emptive strike.
Therefore, it can be stated with absolute certainty that the New World Order globalist cabal has the most to gain from this obvious psyop using the electrical grid.  Surely they ran it under the rubric of Operation Gladio.

KEY POINT: These desperately executed gambits by the power elite are each carried out with purposeful design.  TPTB now know that they sealed their fate when they conducted Operation Torch California. SMOKING GUN: Hard Evidence Shows Camp Fire Was Manmade, Genocide and Mass Destruction of Paradise Carefully Planned

As SOTN has asserted many times before, it’s gonna get ugly— VERY UGLY — very fast!
After all, when the body politic is witnessing such extraordinary events as this one in real-time, Pandora’s box has been opened for all to see. Federal Reserve Bank Colludes with Deep State to Crash Stock Market
There is also the very real prospect, and specter of a stunning series of dominos falling, each of which has been fastidiously engineered by the seriously endangered NWO cabal. See: NWO Globalist Cabal Closer to Exercising Nuclear Option
In light of these and several other major developments, both domestic and international, it’s clear that the global order is about to be shaken up as never before.  Even the many volcanic eruptions and earthquake swarms point to this eventuality. KRAKATOA COLLAPSE: Moment of massive volcano-slide that caused tsunami captured by satellite
However, it’s this particular Deep State crime wave that has produce a veritable tsunami of blowback that will soon overwhelm the treasonous Democrats as it will the RINO traitors.

The Greatest Act of Collective Treason in U.S. History

Remember that all of this is transpiring in the midst of an epic GOVERNMENT SHUTDOWN: Good! Keep it shut down… so that We the People can see how worthless, wasteful and woeful it is.