OUT OF MIND » THE INSANITY OF REALITY » GOVERNMENTS & THE NEW WORLD ORDER » Electrical Grid Event in New York Related to Hidden Tesla Technology? & A Backstory on the CenturyLink Outage

Electrical Grid Event in New York Related to Hidden Tesla Technology? & A Backstory on the CenturyLink Outage Mon Dec 31, 2018 12:47 am 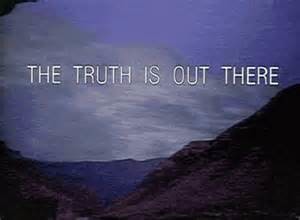 We probably won’t learn the real story on the New York “transformer” event for some time. An article below has linked hidden Tesla technology to the “transformer explosion” in Queens, New York on December 27th. They have an interesting story about the technology they say is known to cause that characteristic blue glow and suggest it was “unearthed” from that area.
If the story is to be believed, there was a lot more going on than it seemed because in a separate article they go into the CenturyLink aspect of the outages on the same day, the routers they used in cooperation with the NSA and the significance of the EAS test on October 3rd that sent the alternative media shills into a frenzy. 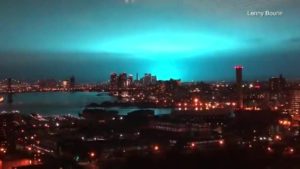 The fascinating aspect is, the second article says the CL routers blocked the Presidential Alert messaging and the October 3rd “test” allowed the White Hats to reset the system so those who did not get the message would no longer be blocked. So, the White Hats know exactly what’s going on and they knew it was important to ensure all Americans would get a message from the President if circumstances required; obviously part of their “plan”.
That would be why QAnon made such a big deal about the test and why the shills were freaking out and telling everyone to turn their phones off because the cabal was going to steal their data, track them, take their fingerprints, their picture, etc. What a lark, and of course the dims and snowflakes created a stink about not wanting an alert from the President and demanding to opt out.
We also have Mike Morales saying he believes the explosion in New York might have been related to a geomagnetic storm, but says it was not about a transformer. He discusses the chemtrails, the electrification of the atmosphere, etc., which I mentioned previously due to the spraying of the metals in the “clouds” you could see overhead in some photos. He says it was much bigger than a simple transformer issue and doesn’t believe the official stories from the establishment.

And then there are the thousands of people in Louisiana who lost power when the violent explosions took place there and a report of a sound linked to a UFO. It’s all a little suspicious when we have the “predictive” government documentation in a December report warning of massive power outages that could last 6 months AND the ever-present threat of a “fake alien invasion”.
There was an electrical event in India, as well, Morales says, suggesting while there may have been a geomagnetic storm, he reported planes spraying the planet heavily a few days ago and that could exacerbate the problem or set the stage for something else. There may also be other things going on simultaneously that may not be directly related.
Just a thought… If we read between the lines, there is a Chimera base beneath Long Island, we’re told. Queens/Astoria is right next door. Maybe it was about its destruction and the Astoria explosion was just a distraction or cover for what was really going on. New Yorkers sensed it was something “otherworldly” they were seeing.
We have seen pulsing light before and it usually involved alien technology, such as the destruction of an exotic weapon in the Middle East, if I recall  the story correctly. The sky flashed for a couple of minutes in the video that made the rounds back in 2012 or so.
When this purging of the cabal can’t be done openly, there’s going to be some weird stuff going on to keep the operations hidden and not frighten the snoozers, and some white lies told to keep it under wraps. That’s my take on it.
Another What Does It Mean article reveals an interesting angle we may not have heard concerning the increasingly visible battle between Light and dark, Trump and the swamp, and includes amusing aspects.
No matter what we see or hear, it’s probably not what it seems. There are no coincidences, there’s usually a twist, and that’s what we learn in hind-sight. Always use your own discernment.  ~ BP 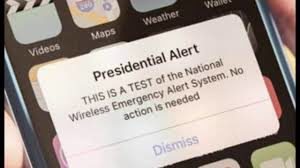 By: Sorcha Faal, and as reported to her Western Subscribers
A fascinating new Foreign Intelligence Service (SVR) report circulating in the Kremlin today states that large portions of the 911 Emergency System in the United States have been crippled over the past 24-hours—a system managed by the American telecommunications giant CenturyLink, whose President and Chief Operating Officer, Jeffrey Storey, former President Barack Obama secreted onto the critical National Security Telecommunications Advisory Committee (NSTAC) just weeks prior to President Donald Trump taking power—and whose sudden attack against was pre-warned about by the feared Trump supporting private intelligence and mercenary company Blackwater who, on 26 December, took out a full page advertisement to chillingly warn the “Deep State” that “We Are Coming!”   [Note: Some words and/or phrases appearing in quotes in this report are English language approximations of Russian words/phrases having no exact counterpart.] 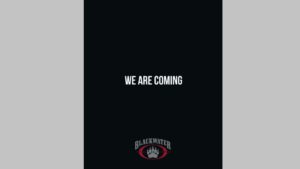 OUT OF MIND » THE INSANITY OF REALITY » GOVERNMENTS & THE NEW WORLD ORDER » Electrical Grid Event in New York Related to Hidden Tesla Technology? & A Backstory on the CenturyLink Outage