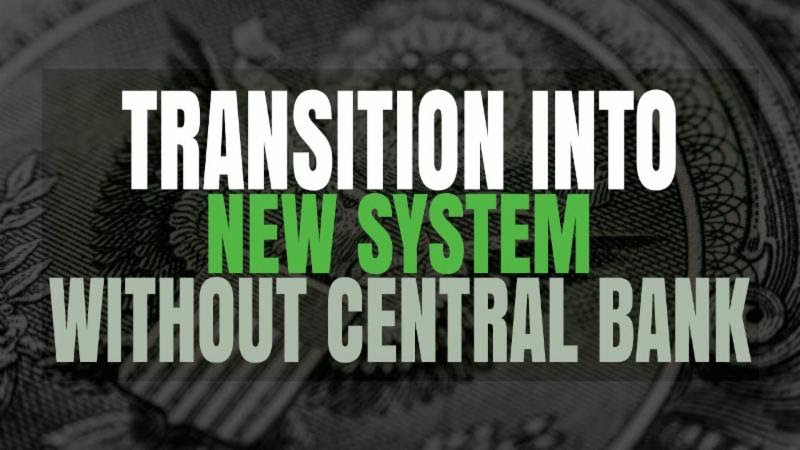 If you’re invested in the stock market, then you know that it crashed again yesterday and that it’s down about 20% from its October 2018 peak. Dave from the X22 Report says this is part of a process that’s been ongoing and that “You’re witnessing the entire implosion of the central bank system in real time and there’s nothing the central bank can do right now.”
In recent months, Dave has been referring to what he calls “The Transition.” It’s the transition away from the current central banking system, away from the Federal Reserve Note (wrongly called the US dollar), away from the Petrodollar.
We’ve been hearing about this for years but it looks like 2019 might be the proverbial End of the World As We Know It. And we’ll feel fine.
Countries around the world are “decoupling”, they’re selling Treasury Notes; slowly and methodically dumping their US dollars and building alternative payment systems. Europe is creating a method outside of the SWIFT payment system, China has created the SIP system, Russia, Germany and Iran have each announced their development of alternative money transfer systems.
Any one of these actions would have triggered a US invasion as little as a decade ago but they’re being allowed to happen, in a controlled demolition of the central banking system, as part of the “The Transition” that Dave has been talking about.
He says, this is the point where you say to yourself, “Well, am I prepared enough? Should I get prepared? What should I do? What would you need to stay afloat if the store shelves go bare? If credit freezes up? If the dollar hyper inflates?” When Dave thinks about this, he says, “I need water, I need food, I need supplies. I need to protect my wealth, not with paper dollars but with gold, silver.” Dave says he even has cryptocurrencies, to protect what he has and to have assets that are liquid.
What would you need to stay afloat for a certain period of time before everything is rebooted?
(I have yet to hear exactly what the next system is on the other side of this…)

» Transition Into A New System Which Is Out Of The Central Banking System
» The Collapse of the Petrodollar and Transition into a New System
» Jim Grant: We’re In An Era Of "Central Bank Worship"
» Deutsche Bank Threatens US Justice Department: If you destroy our bank with your fine, it will destroy your own U.S. banking system
» Collapse Of The Central Banking System: The Jig Is Up. Cracks In The System Are Starting To Appear All Over The Place.