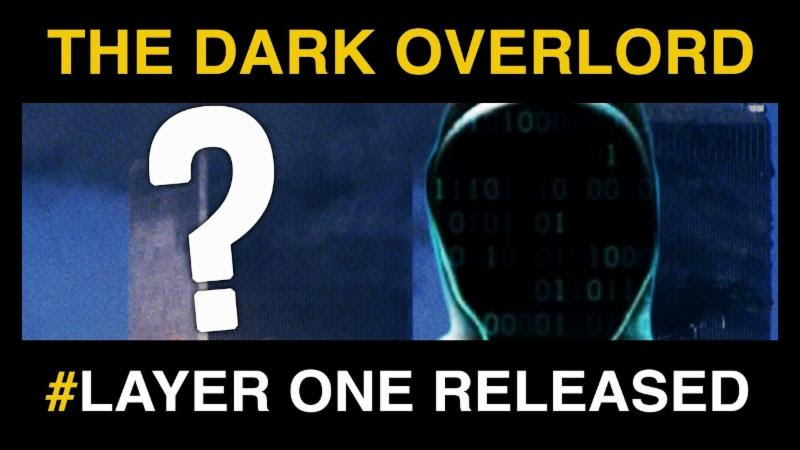 My new favorite YouTube channel is Red Pill Book, which puts together short, easily-digestible clips made up of postings from my longtime favorite channels.
This piece contains pieces taken from JonXArmy and TheOuterLight and it’s about the very interesting development from The Dark Overlord hacking group, claiming to have breached the legal and insurance companies handling 9/11 claims and threatening the compromised parties to reveal *all* if not compensated with an unspecified amount of Bitcoin.
The Dark Overlord claims to have in their possession 10 gigabytes of not just documents pertaining to 9/11 insurance litigation but also to 9/11-related CONFIDENTIAL, CLASSIFIED and SECRET documents from FAA, FBI, TSA, DoD, DoJ and others, showing proof of advanced knowledge of the attacks by corporations and an official cover-up of the 9/11 attacks.
Prior to the takedown of their Twitter and all social media accounts except Steemit, The Dark Overlord announced the release of “Layer One” of four layers of incriminating encrypted documents, which they claimed would “Burn down the Deep State.”
One of these was a FedExed letter sent by the law firm, Blackwell Sanders Peper Martin from their London, UK office to the DC-based law firm, Verner Liipfert Bernhard McPherson & Hand on January 23, 2002, memorializing a check payment of $62,000 as the first of 12 to be made to Bob Dole, the former Republican senator from Kansas who had left office 6 years previously.
$744,000 is a lot of money. For what? Why – and why Bob Dole? Who’s Blackwell Sanders Peper Martin? When you search them now, they appear to be headquartered in Kansas City, MO. The DC lawfirm, Verner Liipfert Bernhard McPherson & Hand appears to have been acquired later that same year by another DC lawfirm called Piper Rudnick LLP.
According to a January 2, 2019 report by Jason Bermas at WeAreChange, some of the more “tame” documents (the discussion of which will not get channels and accounts taken down) refer to details of settlements between 9/11 victims’ families and the airlines and the World Trade Center for security breaches.
We learn that in 2010, The New York Times, to their credit requested on deaf ears that all motions, all of the settlements and all the related documentation be released to the public (but sad that one has to qualify such a statement about the Gray Lady). Anyone who’s been following the 9/11 case knows that at a minimum, the FBI could be exposed for harboring some of the alleged hijackers.
Remember, of course that the FBI never brought a case against anyone with regard to the events of 9/11 and that then-FBI Director Robert Mueller remains heavily implicated for his role in obscuring the evidence of this criminal atrocity.
Kiwi YouTuber Ed from TheOuterLight channel speaks to questions about the authenticity of the files and he points us a Reddit thread from a cybersecurity expert with the handle sparky.tech who specializes in the VeraCrypt encryption system used by The Dark Overlord to secure these 9/11 files. His analysis of the metadata is that the file artifacts are authentic and that to manufacture the encryption details given would take an enormous amount of effort. The legitimacy of actual file contents, however are beyond his purview.