OUT OF MIND » TRUTH IN CONSPIRACY THEORIES? » HISTORIES MYSTERIES » Ancient Rome Did NOT Build THIS

Ancient Rome Did NOT Build THIS 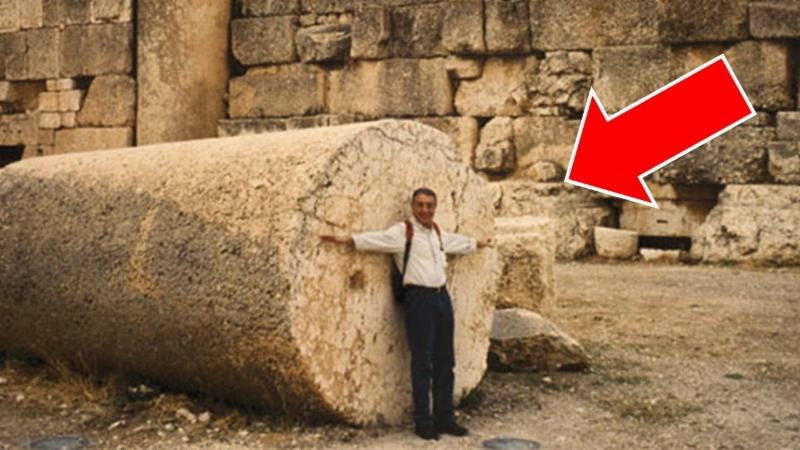 Ancient Rome Did NOT Build THIS

The Roman Temple of Jupiter in Baalbek, Lebanon contains the largest stones ever cut, moved and erected by humankind. The foundation stones weigh about 2,000,000 lbs each and are thought to have been part of an earlier Phoenician temple. The newer columns are twice the size of the Parthenon’s in Greece and their stones were quarried nearly 1,000 miles away in southern Egypt!
Jimmy from the Bright Insight YouTube channel is an Iraq War veteran who got to see some of these ancient wonders with his own eyes but he’s not content to merely point out how incredible they are. He flatly states that the the ancient Romans did not have the technology to build the Temple of Jupiter. In fact, humans today would be very hard-pressed to duplicate this engineering feat. Moreover, the Romans, who memorialized everything in writing did not record any details of how this wonder of the world got built. The site remains an archeological mystery and as author Graham Hancock has said, we are a species with amnesia.
Jimmy notes that the trapezoidal shape of the doorways in this complex are reminiscent of those of the pre-Inca and ancient Egyptians and he asks, “Is that just a coincidence or is it further evidence that ancient human civilization was once a global civilization?”
Jimmy says that the unfinished stones left in the quarry near the complex may suggest that the construction at Baalbek was abruptly halted at a time much in deeper antiquity than at the turn of the first millennium – as in 10,000 years earlier, around the time of the Younger Dryas asteroid impact, the 20-mile-wide crater of which was only just discovered in Greenland.
The Aswan quarry in Egypt, where the Temple of Jupiter’s columns came from is also the site of the Unifinished Obelisk, which would have been taller than any other ever raised.

OUT OF MIND » TRUTH IN CONSPIRACY THEORIES? » HISTORIES MYSTERIES » Ancient Rome Did NOT Build THIS

» Massive protest in Rome
» Are we going the way of rome? FREE DOWNLOAD
» All Roads Lead to Rome
» Cobra New Society Conference in Rome
» VATICAN FRAUD: THE POWER OF ROME