Space Station Bacteria are Adapting to Survive, Not to Harm, Researchers Say


A team of scientists from Northwestern University and NASA’s Johnson Space Center has found that — despite its seemingly harsh conditions — the International Space Station (ISS) is not causing bacteria to mutate into dangerous superbugs. While the researchers found that the ISS bacteria did contain different genes than their Earth-based counterparts, those genes did not make the bacteria more detrimental to human health. The ISS bacteria are instead simply responding, and perhaps evolving, to survive in a stressful environment. 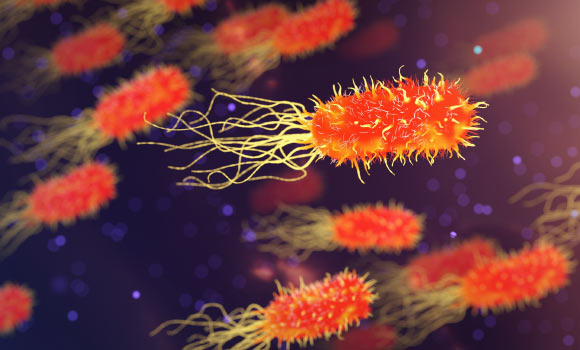 ISS bacteria are just trying to survive. Image credit: Arek Socha.
“There has been a lot of speculation about radiation, microgravity and the lack of ventilation and how that might affect living organisms, including bacteria,” said Northwestern University’s Dr. Erica Hartmann, senior author of the study.
“These are stressful, harsh conditions. Does the environment select for superbugs because they have an advantage? The answer appears to be ‘no’.”
In the study, Dr. Hartmann and co-authors performed a pangenomics meta-analysis leveraging 189 genomes of two clinically relevant species of bacteria, Bacillus cereus and Staphylococcus aureus, isolated from various origins: the ISS, Earth-based built environments, soil, and humans.
Found on human skin, Staphylococcus aureus contains the tough-to-treat MRSA strain. Bacillus cereus lives in soil and has fewer implications for human health.
“Bacteria that live on skin are very happy there. Your skin is warm and has certain oils and organic chemicals that bacteria really like. When you shed those bacteria, they find themselves living in a very different environment,” Dr. Hartmann said.
“A building’s surface is cold and barren, which is extremely stressful for certain bacteria.”
To adapt to living on surfaces, the bacteria containing advantageous genes are selected for or they mutate.
For those living on the ISS, these genes potentially helped the bacteria respond to stress, so they could eat, grow and function in a harsh environment.
“Based on genomic analysis, it looks like bacteria are adapting to live — not evolving to cause disease,” said study first author Dr. Ryan Blaustein, also from Northwestern University.
“We didn’t see anything special about antibiotic resistance or virulence in the space station’s bacteria.”
The findings appear in the journal mSystems.
_____
Ryan A. Blaustein et al. Pangenomic Approach to Understanding Microbial Adaptations within a Model Built Environment, the International Space Station, Relative to Human Hosts and Soil. mSystems, published online January 8, 2019; doi: 10.1128/mSystems.00281-18