Prepare to welcome in 2018 with positive energy, thanks to a special lunar event happening this month. The first month of 2018 will be marked by the arrival of two different full moons, and both could play an important influence on our resolutions.

The first of January’s full moons will occur on the night between January 1 and January 2, when the full Wolf Moon will make an appearance. Named for a period in history when hungry wolves howled outside colonial villages, the Wolf Moon is traditionally associated with taking time for yourself to reflect, making it the perfect way to spend your first night of 2018. 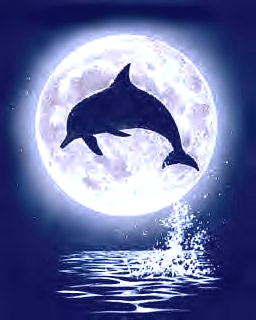 At the end of the month, another, different full moon named the Blue Moon will appear on January 30 and reach its full peak on January 31. The Blue Moon will be especially noticeable among those peering up at the sky, as it will appear as a total lunar eclipse or blood moon.
According to Space.com, those living in the “western U.S., Hawaii, or the Eastern half of Asia” will be able to see the moon turn a “blood-red as it enters the deepest parts of the Earth’s shadow.”
2018 is going to start off strong: The first full moon of the year, also known as the full wolf moon, occurs on New Year’s Day.
If that feels a little anti-climactic to you, the event at the end of the month will likely change your mind. On January 31, a second full moon, which will feature a total lunar eclipse, also known as a blood moon, will rise. Both of January’s full moons are also supermoons. 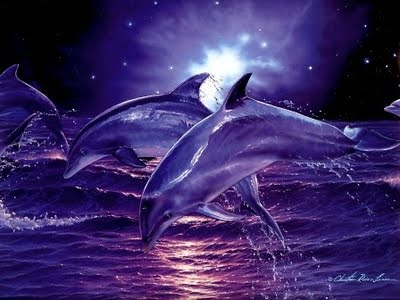 The January 1 full moon, will reach peak fullness at 9:24 p.m. According to The Old Farmer’s Almanac, Native American tribes named the moon the full wolf moon because of the wolves who would howl in hunger around the time of its rising. The moon has also been called the Old Moon and the Snow Moon.
When two full moons occur in the same month, the second is known as a Blue Moon. This term is not an official one — nor does it mean that the January 31 moon is actually blue.
The earliest reference in the 1940s, which has stuck, was originally a mistake. The Old Farmer’s Almanac reports that Blue Moon happens about every 30 months, because the moon’s period of phases lasts 29.5 days and some months of the calendar year are longer.
The January 31 Blue Moon may actually look slightly red because it coincides with a total lunar eclipse. During a total lunar eclipse, the earth’s shadow covers the moon. According to Space.com, the moon’s red appearance is caused by red light that is bent as it passes through the Earth’s atmosphere and reflects onto its surface.

The best views of the fully eclipsed moon will take place in Chicago and states on the west, since on the east coast, the full moon reaches its peak during the day, at 8:27 a.m.