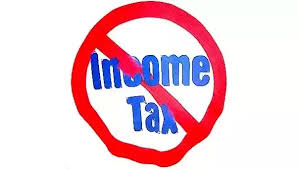 If you have a platform to share this news, be sure to do so. It’s important that the People know what is in play in Congress and we need to be vigilant watchdogs on this one.

Also let your Senators know YOU know, are watching, and if they vote against it you will vote them out. 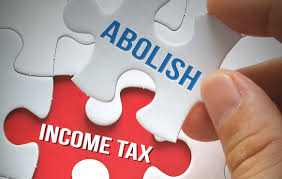 If you listened to the intel from Thomas Williams last night, you heard the best news of your life to date. No one will be able to claim “nothing is happening”. This is HUGE.
The Manna World Holding Trust team has been working on legislation for tax reform since August 2018. Now Bill HR25 has gone to Congress and if approved, it will mean a great deal more financial freedom for Americans. With the extra expendable income, hopefully all would soon remove their debt.
The illegal income tax (tax on our wages) would be abolished and in its place we would have a flat 10% spending tax, and that would be on non-essential items only, I believe.
We will know exactly who the deep state/cabal actors are in Congress by who refuses to approve this legislation, so pay close attention on this one.
And there is also this news…
President Trump initiated a 21% tax on all millionaire share holders operating under a Foundation. Wow! His Trumpness has really outdone himself and socked it to the greedy cabalists with their offshore accounts, pay-for-play, and multiple ways to avoid paying taxes. Let THEM bear the brunt of taxes.
The Trust team estimates that in 3 – 5 years America will be debt-free and entirely self-sufficient. None of the income tax ever collected was used in America as a benefit to the People. Therefore, no one can say we will miss it.
This isn’t rocket science, it’s economics. All it takes is for some smart people who really care about improving the Human condition to actually do something simple.

Ending the illegal, unconstitutional system used for decades to tax our wages would free up phenomenal amounts of earnings for the People and take our lifestyle to levels unimagined.
Income tax was introduced as a “voluntary tribute to the Crown” and none of it has gone toward assisting America or the People. Similar arrangements exist in Canada, France, the UK, and many other countries and they should soon also follow suit.
The Crown is not Queen Elizabeth, it is a one square mile principality in the city of London, UK, run by the Rothschilds. (aka Rothtilians) No matter how much money the New World Order monsters had, it was never enough. Their greed knows no bounds.
Those who are educated as to the real Constitution will know we have been lied to and the IRS used as a weapon to levy strong arm tactics to wring what little income the People have from them with threats and jail time. That will end.
The organic constitution for the Republic has not been in use since 1871 when the real People’s government ended and the imposters took over.
Thomas tells us that the deep state actors cannot afford to tell us that the Constitution currently in use is bogus, so it almost forces them to comply and pass Bill HR25 to abolish income tax—but we’ll see what happens.
As always, I urge you to listen to Thomas explain this scenario. He covers it around the 102 minute mark here, on Spreaker.com, but as always, the entire show is well worth your time if you really want to understand what is unfolding on our planet—where the news is spun as propaganda and weaponized. The show was jam packed with information we NEED to know and provides valuable perspective on current events.
The video version: Not sure at what point the tax reform is, as Thomas removes the music breaks.

The other part of Bill HR25 concerns the IRS, which goes hand in hand with the income tax reform. Thomas says after this restructuring there will be no more harassment or garnishing of wages. The Internal Revenue Service (IRS) is based in Puerto Rico. The intent is to bring it back to the mainland and only the top echelon (criminals) would lose their jobs.
Thomas revealed that this Bill will mean the end of ALL FEDERAL TAXES, which means not only on our wages, but also on our property, home, vehicles, telephone, etc. so the reform will benefit all of us.

Some other extremely valuable information Thomas discussed was the various factions fighting for control, which we have mentioned before, and if you are unaware of this it will make it impossible to decipher the alternative news or any other.
You would be confused as to why certain alternative media people sound like your friend most of the time and then slip in something that is violently opposed to your view of who is who in the zoo. It also explains why much of the information is very good, but you just don’t get the warm fuzzies about everyone.
We understand there are 5 factions:

Obviously the factions don’t implicate their own members in anything nefarious so that helps narrow it down as to which faction they belong to. Who are they allied with and who do they trash? Who are they protecting? They may sound like they’re on our side… but are they?
Why do some love QAnon and others say it’s a LARP? Why do some love Trump and others hate him? Who gets nominated to run for office, and by whom? How many former CIA/FBI people are out there in the alt media? How about former military and Secret Space Program people—all telling it their way? Who might have an agenda?
It’s smart to use multiple sources for information, but blind loyalty is not savvy, and we’ve all been fooled. It’s a jungle out there. 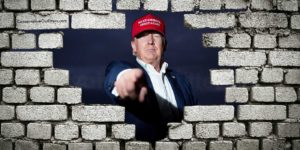 Right now, Trump is our best shot and he is operating in a pit of vipers. He is not free to do what he wants and is constantly wrestling with deep state actors and members of various factions. Thankfully, he has survived multiple assassination attempts, but if Trump goes down… who stands between us and the psychopaths who were determined to confiscate the guns, and use their hybrid armies to round us up and throw us in FEMA camps for re-education or elimination?
We anticipate the factions will duke it out until there is only one group remaining besides The People. At that time we will have a much easier job of wresting control from them and taking over for the benefit of Humanity and running the planet ourselves, without the mind control, manipulation and subjugation of those who believe it is their right to rule.
As I said recently, this government shutdown is a good thing in the sense it shows Americans how little their massive government actually does with respect to running the country on a day-to-day basis. It’s been three weeks now and the world did not end. We can easily pare down the number of government employees for a leaner, meaner—but more People and budget-friendly administration.
Thomas cautions that we will not likely be able to make sense of the news and public intel just now because the real details cannot be released. Understandably, people are speculating and sometimes presenting their take as fact when it is not. He says martial law is not imminent—at least not right now. Things are not what they seem.
It’s only natural to wonder what various bits of news mean and make assumptions when we aren’t told the truth but Thomas advises us not to get worked up over what we are seeing/hearing. The mockingbird media operatives are adept at presenting information that serves their agenda with the slant they choose while only presenting part of the story which skews the reality entirely.
This week things are at a very precarious and dangerous point with many more assassination threats, and no intel will be released until it is safe to do so.
We can be thankful for what we do get, and there is far more here on the Truth, Honor & Integrity Show than anywhere else, as thousands of patriots are learning.
The membership and listenership at Spreaker, YouTube, MeWe, Facebook and the Think Different/People’s Club sites have gone through the roof. Better late than never!
Thank you, Thomas, Kim, and everyone instrumental in the exciting forward momentum of our liberation. Be safe out there.  ~ BP