OUT OF MIND » CHANGING ENVIRONMENT & NATURE » EARTH CHANGES » The Earth’s magnetic North Pole is moving from Canada towards Siberia in Russia. 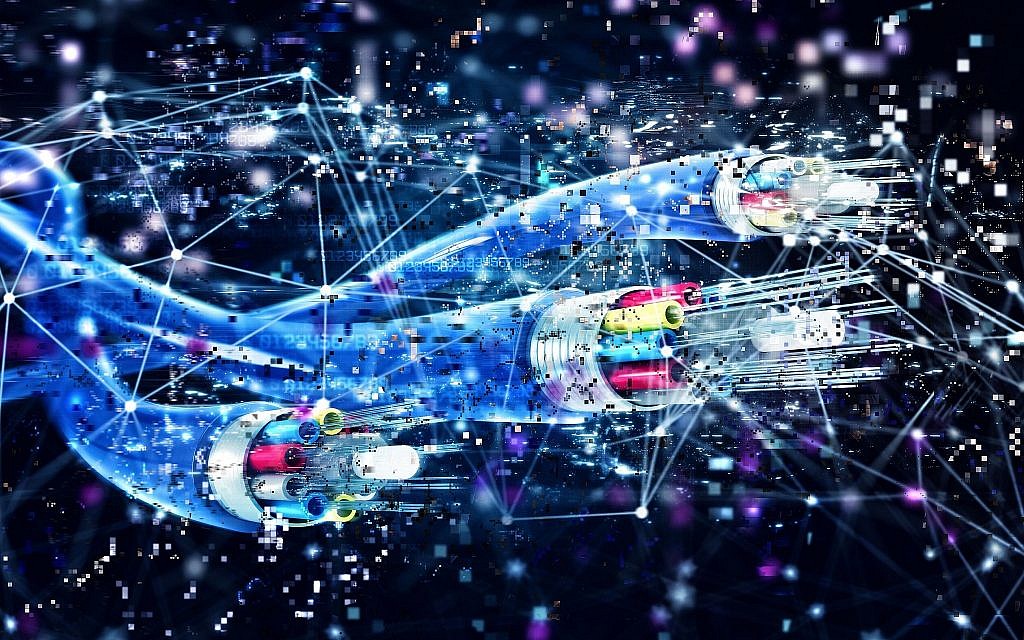 Something really weird is happening with Earth’s magnetic North Pole
By Jamie Seidel, News.com.au
Planet Earth is alive. Deep beneath its skin, its lifeblood — rivers of molten iron — pulse around its core. And this mobile iron is what generates the magnetic field that causes auroras — and keeps us alive.
But, according to the science journal Nature, something strange is going on deep down below.
It’s causing the magnetic North Pole to “skitter” away from Canada, towards Siberia.
“The magnetic pole is moving so quickly that it has forced the world’s geomagnetism experts into a rare move,” Nature reports.
On January 30 (delayed due to the US Government shutdown), the World Magnetic Model — which governs modern navigation systems — is due to undergo an urgent update.
This model is a vital component of systems ranging from geopositioning systems used to navigate ships through to smartphone trackers and maps.
The current model was expected to be valid until 2020. But the magnetic pole began to shift so quickly that the model had to be fixed — now.
“They realized that it was so inaccurate that it was about to exceed the acceptable (safe) limit for navigational errors,” Nature reports.

Every year, geophysicists from the US National Oceanic and Atmospheric Administration (NOAA) and the British Geological Survey do a check on how the Earth’s magnetic field is varying.
This is necessary as the liquid iron churning in the Earth’s core does not move in a consistent manner.
“In 2016, for instance, part of the magnetic field temporarily accelerated deep under northern South America and the eastern Pacific Ocean,” Nature reports.
This shift was captured by satellites.
But the movement of the north magnetic pole has been the object of study since 1831. Initially, it was tracked moving into the Arctic Ocean at a rate of about 10 miles each year. But, since the mid-1990s, it has picked up speed.
It’s now shifting at a rate of about 35 miles a year.
But another recent study has revealed the Earth’s magnetic field has been acting up now for some 1,000 years.


Core of the matter

Modal TriggerRivers of molten iron beneath the Earth’s surface are responsible for the planet’s magnetic field.iStockphoto
Why the magnetic field is shifting so dramatically is unknown.
“Geomagnetic pulses, like the one that happened in 2016, might be traced back to ‘hydromagnetic’ waves arising from deep in the core,” Nature reports. “And the fast motion of the north magnetic pole could be linked to a high-speed jet of liquid iron beneath Canada.”
This fast-flowing molten river appears to be weakening the magnetic influence of the iron core beneath North America.
“The location of the north magnetic pole appears to be governed by two large-scale patches of magnetic field, one beneath Canada and one beneath Siberia,” Phil Livermore of the University of Leeds told an American Geophysical Union meeting. “The Siberian patch is winning the competition.”
And, as global warming opens up more shipping lanes to the north of Russia and Canada, this presents a potentially deadly problem.
“The fact that the pole is going fast makes this region more prone to large errors,” says Arnaud Chulliat, a geomagnetist at the University of Colorado Boulder and NOAA.
___
https://nypost.com/2019/01/10/something-really-weird-is-happening-with-earths-magnetic-north-pole/?utm_source=quora&utm_medium=referral
This entry was posted in Uncategorized. Bookmark the permalink.

Earth’s magnetic field, the basis for modern global navigation systems, is constantly in some state of flux. However, it now seems to be going haywire, pushing the North Pole closer to Siberia, and no one’s sure why.
The field changes as the molten metals surrounding the earth’s solid iron core churn and flow, creating electric currents and a corresponding magnetic field. As a result, the magnetic poles tend to shift slightly as a matter of course.
However, researchers don’t know what’s causing the magnetic field to now move so quickly.
The north magnetic pole sped across the International Date Line last year at a rate of 55 km per year, more than three times as fast as it moved before the mid-1990s. Now located in the Eastern Hemisphere, it’s moving away from Canada and approaching Siberia.

Scientists think a high-speed jet of liquid iron under Canada could be responsible for the pole’s movement, weakening the magnetic field below and allowing Siberia to draw over the pole, Nature reports.
“The location of the north magnetic pole appears to be governed by two large-scale patches of magnetic field, one beneath Canada and one beneath Siberia,” University of Leeds geomagnetist Phil Livermore told a recent American Geophysical Union meeting. “The Siberian patch is winning the competition.”
In general, the World Magnetic Model (WMM) is updated at five-year intervals to ensure modern navigation keeps up with the changes in the Earth’s magnetic field. It was due to be reconfigured next in 2020, but was so out-of-whack by 2018 that a more urgent update was needed.
Researchers at the British Geological Survey and the National Oceanic and Atmospheric Administration (NOAA) have been working to correct the WMM using three years of recent data, including a 2016 pulse that threw their last model’s accuracy off.
The scientists were due to release the latest update next week – if the US government hadn’t shut down, hamstringing NOAA’s operations. Now the release has been postponed to the end of January. The team hopes this model lasts until 2020.

OUT OF MIND » CHANGING ENVIRONMENT & NATURE » EARTH CHANGES » The Earth’s magnetic North Pole is moving from Canada towards Siberia in Russia.