Is The Transgender Transition Industry Dangerous To Kids? 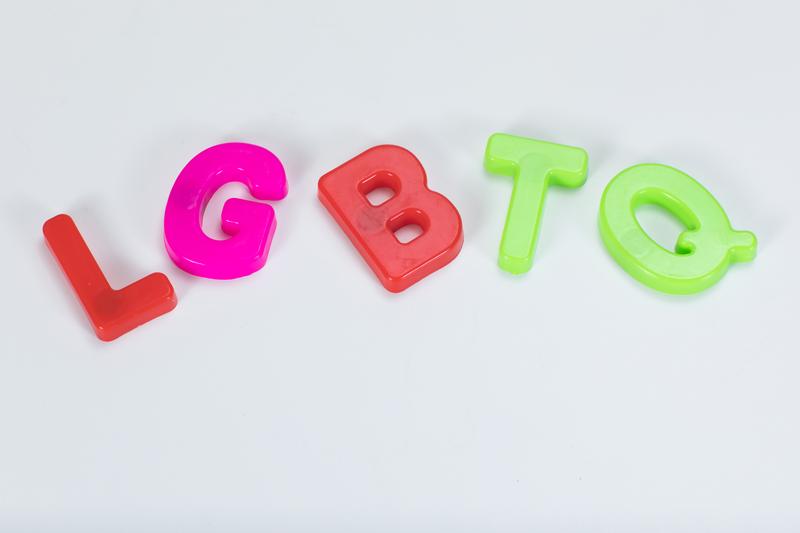 Source:  Philip
From the 1930s on, Behavioral psychologists like John Watson and B.F. Skinner showed how malleable the developing mind is. In a somewhat monstrous and highly controversial experiment, Watson was able to “train” an infant to fear a fur coat showing how powerful conditioning is to impressionable minds. With new products on the market for toddlers like the “tuck buddies” (yes, I did notice what that rhymes with) underwear, it seems certain agendas are attempting to use the extraordinarily susceptible minds of small children to increase their ranks.

Give me a dozen healthy infants, well-formed, and my own specified world to bring them up in and I’ll guarantee to take any one at random and train him to become any type of specialist I might select—doctor, lawyer, artist, merchant-chief and, yes, even beggar-man and thief, regardless of his talents, penchants, tendencies, abilities, vocations, and race of his ancestors. Dr. John B. Watson

According to Human Rights Campaign the amount of individuals in the US is fairly miniscule at 0.03%.
Gender dysphoria exists and for those that experience it, surgery or hormones can relieve a great deal of turmoil. That said, if a child is too young to consent regarding sex, I’d say they are also too young to consent regarding changing their sex. Chemical or surgical treatments that permanently alter their hormonal makeup are irreversible when undertaken before or shortly after puberty.

LGBTfunders.org lists institutional funding for LGBT issues and for lists 2015-2016 spending as amounting to over $524 million. This, however, excludes US government and global equity funding. From 2013 to 2016 nearly a quarter of a trillion dollars at $242.8 billion was donated to LGBT causes from foundations with another $274.2 billion donated from governments and multilateral agencies.

ORIGINS OF “GENDER” AND TRANSGENDER THEORY

Biological sex consists of three possibilities: female, male, hermaphroditic, however in the 1950s gender identity researchers like Dr. John Money pioneered not only the idea of “gender” as a flexible entity but also was responsible for the first child gender reassignment.
David Reimer had severe damage to his penis during circumcision. Dr. Money encouraged his parents to let him “help” with gender reassignment. Surgical reconstruction for sex reassignment, female hormones during puberty and some rather odd “exercises” were all part of Money’s controversial “therapy.”

David was raised as a girl, but despite the physical, social, surgical and hormonal transitioning he rejected having a new gender foisted upon him.
Money used David and his twin brothers in his experiments. He had the boys inspect each other’s genitals and also had the boys mimic sexual intercourse rehearsing various sexual positions and thrusting motions all the while photographing the results of his “experiments.”
In an interview, it was mentioned how Dr. Money would grow angry and verbally abuse them if they refused to go along with any of his directions. Money used the data he gathered in those years studying the twins to support his theories of gender fluidity which are still used to justify sex reassignment for children with physical deformations or mental dysphoria.
Money counted his experiments as a success despite Reimer himself acknowledging severe gender dysphoria. At 13, Reimer threatened to kill himself if his parents took him back to the doctor for more tests.
When he learned the truth, that he was not born a female, he wholly rejected the idea of female identity. He would forever have a fear of hospitals and suspicion regarding medical professionals and in his book and interviews pointed out how abusive the entire ordeal was for him.
Dr. Money would blame Reimer’s first-hand account of his nightmare as “anti-trans and antifeminist” despite some colleagues coming forward later saying even he counted the Reimer case as a personal failure.
David’s brother would kill himself with an overdose of antidepressants. In his early 20’s David had attempt suicide multiple times. By the age of 38, he would succeed at this.

DANGERS OF TRANSGENDER THERAPIES FOR CHILDREN

Although many clinicians are recommending social transitioning for small children showing an interest in transgender identity, ample research exists that shows most children will give up that identity shortly after adolescence. Imagine “growing out of it” a few months or years after you’ve permanently altered your physical form and your endocrinal system to such an extent that you can never really go back. Body dysmorphia carries with it a high risk of suicide which is the main argument for transitioning, but imagine how suicidal you would feel realizing “Oh, I was just a tomboy” or “wait, I changed my mind, I’m not really a girl!”
University of California San Francisco’s Child and Adolescent Gender Center Clinic helps “socially transition” children as young as three. UCSF’s Diane Ehrensaft believes there’s “no minimum age” to begin working on transitioning.
They believe that only “a tiny, tiny proportion” of children will end up in this situation. Meanwhile, Thomas Steensma at the Amsterdam clinic, one of the first in the world to experiment with puberty blockers in children, admits: “The only evidence I have from studies and reports in the literature … is that children who struggle with gender incongruence … will not all persist into adolescence.”
In addition to the psychological and sociological risks of transitioning, there is the chance it won’t even help. For some children, even after the transition, the gender dysphoria will persist, but that’s not nearly as dire as the legitimate known and unknown medical risks. Decreased bone density, developmental and neurocognitive issues, blood clots, cancer, heart problems and more.

BUT DON’T YOU WANT TO BE FAMOUS?

Everyone wants to be accepted and loved. For some, it seems being famous is the zenith of that goal. For a young boy named, Desmond, fame is in his possession. Desmond is one of the children being used to lead the “drag kids” phenomenon. He has appeared in numerous publications from Vice to HuffPo and even Vogue and Good Morning America. His visage even appeared, far larger than life, on a billboard in Times Square, New York City.
And what’s wrong with a kid expressing himself in whatever way he feels natural? Well, nothing so long as it doesn’t hurt others, or himself for that matter. That’s my concern here though. Was he pressured and pushed into this? Was he shaped into this “drag kid” spokesperson for his mother’s selfish aims? These questions may never be answered, but what we do know is that she’s willing to put him in harm’s way to keep the spotlight on him.

Desmond is apparently “friends” with Michael Alig, better known in certain circles as the “Party Monster.” Alig is a drug addict, and murderer who has on a couple of occasions made references to being a “chickenhawk” (slang for a male adult who has sexual relations with young boys). Alig murdered his drug dealer in the early ’90s by bashing him over the head with a hammer and, according to a codefendant, injecting him with a syringe full of Drano before chopping him up before disposing of him.

Alig was known for sociopathic pranks, drugging people without their knowledge and a member of his former entourage says he also pimped out young boys to rich friends. “But perhaps he’s a changed man,” you might ask. The fact that he has been recently arrested for meth possession makes that unlikely.
In one of the videos where Alig and a friend are having a “tea party” with Desmond, you see one of his paintings where a young girl is skipping rope over the word “Rohypnol” (the well known “date rape” drug). In one video Desmond, done up in drag regalia asks the drag queen next to him “Do you do ketamine on the couch,” before mimicking doing “a bump” of powder from what’s known as the “snuff pocket” on his wrist.
It’s evident that these people he’s connected with are not necessarily the best influence on him. Having him appear in highly sexualized situations (dancing for tips in a gay club, for instance) is no place for any small child regardless of their sexual preference or how they choose to express their gender.
The libertarian in me is strongly opposed to telling people what to do with their own lives. That said, one of the core tenets of libertarianism is the non-aggression policy. Like with the Hippocratic Oath it’s most easily expressed as “first do no harm.” Allowing your kids to be themselves is one thing, but molding them into something you have decided for them to be, especially if it involves sexualizing them or putting their bodies, brains, and psyches in real danger, is quite another.

» ‘This is Just Devastation’: Funeral Industry Insider Says "DON'T DO THE KIDS"
» Pediatrician: Data Is ‘Irrefutable’ — COVID Vaccines Are Dangerous for Kids
» Scientist Replies to Aluminum Industry's and Medical Industry's False and Misleading Claims of Aluminum Safety
» What's Transgender Really All About? - David Icke
» Statue of Liberty Is A MAN Dressed Like A Woman– Transgender Castrated Wife of Baal–They Mock Us