OUT OF MIND » THE INSANITY OF REALITY » GOVERNMENTS & THE NEW WORLD ORDER » WHERE ARE THEY? #Tribunals #Gitmo #Pain #Rubini 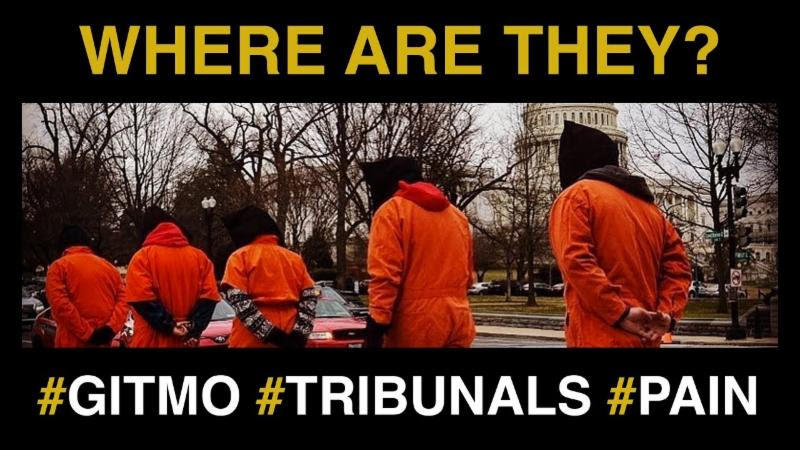 Many of us dream that one day, past and present high-ranking criminals in the FBI, DOJ, Congress and the White House will face prosecution. Someone posting on Twitter as @GregRubini says this has already started happening, claiming that the trials of Peter Strzok, Andy McCabe, Sally Yates and Susan Rice began on January 2nd.
Hope Porn just got better! No sooner had Defango taken credit for the spawning of Q and called everyone else a “grifter,” than the high-octane tweets of Rubini sprang to the fore, with claims that the military tribunals we’ve been hearing about have already begun, that there are no official reports of these, of course because by law, proceedings involving National Security are secret. He says the facts will become known after the new Attorney General, William Barr is sworn in. He says the trials are being filmed, to be made public, in due time – with sources assuring him that John Brennan’s will be broadcast live (!)
While Rubini claims to have confidential sources who say all of this, he also includes the disclaimer: “This is my personal, educated guess so don’t ask for sources. My sources have not denied nor confirmed. The replies were along these lines: ‘We cannot give you information on this, at the moment’ or ‘no comment.’ But using logical thinking, seeing the pattern from 40,000 feet and connecting the dots, this is the rational outcome. Take it as you please.”
As someone tweeted back, “I have family with TS/CSI clearance and they never have problem saying, ‘This is BS.’ They always say, ‘No comment,’ when it’s true.”
On January 14th, Greg Rubini posted a large thread which stated that the following people have been secretly under investigation since May 2017:

He says these four have been charged with Seditious Conspiracy against a duly elected US President, Violations of the Espionage Act, Treason and more. Given the gravity of the charges, their sentences will be at minimum life in prison, with the Death Penalty being likely for most of them.
The prosecutions of the four listed above all lead to John Brennan, CIA Director under Obama. The evidence accrued during the prosecutions of Brennan, Strzok, McCabe, Yates and Rice will be used to nail down Obama and Hillary Clinton, as these cases move forward.
From Rubini’s posts, it appears that the following officials cooperated and may avoid charges:

The damaging Congressional testimonies of Bruce Ohr and Lisa Page were recently published in the Epoch Times.
My new favorite YouTube channel, Red Pill Book has whipped up this lovely video about @GregRubini’s tweets, as presented by The Patriot Hour.

OUT OF MIND » THE INSANITY OF REALITY » GOVERNMENTS & THE NEW WORLD ORDER » WHERE ARE THEY? #Tribunals #Gitmo #Pain #Rubini