FROM: Santa Barbara Independent
The Mysterious Case of Christopher Marks
Vintner Found Dead One Month Ago, but Authorities Still Don't Know Why

It’s been one month since the body of Christopher Marks was found on the
beach below Shoreline Park, but authorities are still puzzled as to
what circumstances led to the death of the 60-year-old Santa Barbara
County vintner and investment advisor.

The Santa Barbara Police Department and the FBI ​— ​called in to conduct
an extensive underwater search on October 3 ​— ​will only confirm that
the death was suspicious, which points to either homicide or suicide,
and that the specific cause was blunt force trauma to the head, which is
what the family has been told. Meanwhile, others with knowledge of the
case have told The Santa Barbara Independent that Marks was shot in the
back of the head, but authorities have not yet verified that claim.

While blunt force trauma remains consistent with a fall from the cliffs
at Shoreline ​— ​which was the initial hunch until the autopsy came back
suggesting otherwise ​— ​those familiar with police forensics say that
such trauma can also describe injuries caused by a gunshot wound. Given
that the police and FBI spent at least two days scouring the sands,
surf, and cliff sides with metal detectors, there is strong reason to
believe that the authorities are searching for metallic evidence,
suggesting that a gun or weapon of some sort was employed,
self-inflicted or otherwise.

The Marks family remains largely in the dark and continues to wonder why the beloved father of five ​— ​who owned
and operated Sweeney Canyon Vineyard since 1981 and was a partner in
the Marks Theriot Walston & Co. investment firm in Los Angeles ​
— ​is gone. In an extensive interview with The Independent last week,
son Casey Marks said that his father seemingly vanished from his Vista
Del Pueblo condo that Wednesday night, September 19, leaving his laptop
open, cell phones on the table, and truck in the driveway. “It literally looked like he was picked up from the apartment and dropped in the ocean,” said Marks, who is 27 years old and works at Fidelity Investments on upper State Street.

“Earlier that day, he delivered wine to the Bacara, and that evening we
had a 15-minute conversation about pouring at the Rancho Sisquoc harvest
festival and barbecuing for a Teddy Bear Cancer Foundation fundraiser,”
said Marks. “Twelve hours later, he was dead.” When found on the beach,
Christopher Marks, witnesses say, was wearing slacks, a button-up
shirt, and shoes or sandals. “He wasn’t a walker, and he wasn’t a
drinker, so the whole thing doesn’t make a lot of sense,” said Marks,
noting the coroner is still in possession of his father’s body, wallet,
and wedding ring.


Marks’s widow, Kristi Marks, the winemaker for Sweeney Canyon Vineyard
and the event coordinator for Saks Fifth Avenue in downtown Santa
Barbara, was initially cooperative with the police investigation, giving
a three-hour interview alone. But, according to her son, she and others
in the family have since hired attorneys, fearful that the police
aren’t telling them the whole story and are trying to poke holes in
their statements rather than focusing on other possible suspects. “We
think they’re fishing and trying to find inconsistencies in my mom’s
story,” said Casey Marks. “We’re not going to put her in that position.”

At his funeral at Holy Cross Chapel on September 29, hundreds were in
attendance to pay tribute to the man, who was active in the Santa
Barbara County Vintners’ Association, supported the Young America’s
Foundation, and loved the outdoors. “He was a jack of all trades. He
always had a project going,” remembered Casey. “I miss him,” said Jack
Walston, a partner in Marks’s firm. “He was a great guy with a wonderful
family.”
But Marks also left behind a string of legal cases and business
disputes, which the authorities have been investigating in search of
possible motives and suspects. “He was in the middle of
litigation," Casey Marks admitted. “But nothing led us to believe that
he had given up.”

Over the past two weeks, The Independent has also researched the public
record on these matters and conducted interviews with many of the people
involved. Though few wanted to speak for attribution about the cases,
most were candid about their involvement and the details of each
situation, and many expressed shock and dismay that Marks was dead.

The business disputes include the following:

But Marks’s cross-complaint also claimed that, in 2008 and 2009, McBroom
was repeatedly asked about his “increasingly irrational and bizarre
behavior” and his verbal and psychological abuse of the staff, namely
Walston and Ted Theriot, who left with Marks to create the new firm in
February 2010. Marks, who offered to sell his shares to McBroom for $1
prior to the lawsuit, alleged that McBroom stole the firm’s records,
which have since been lost or destroyed, and that McBroom hired auditors
to reconstruct the missing books and then used the documents to
“threaten, coerce, and intimidate” Marks. In February 2012, Marks
successfully lobbied the court to force McBroom to turn over those
financial records within 30 days. Whether that ever happened remains
unclear, as the available court record ends after that order.

The Independent’s attempts to contact McBroom, including a telephone
message left on October 5 at his office in Henderson, Nevada, have not
been successful. The attorney who initially represented McBroom against
Marks, but who removed himself from the case last year, could not be
reached for comment, nor could other attorneys mentioned in the lawsuit.

Today, while it’s clear Marks’s death was not accidental, authorities
still cannot say whether they believe it was the result of a homicide or
suicide. But as the days go by, Marks’s family and friends are
increasingly suspicious that he was murdered. “I think [the police] have
suspects they’re talking to,” said Casey Marks. “It seems like they’re
keeping things very close to the chest.”

Unless further evidence is discovered, the case of Christopher Marks will likely go down as an unsolved mystery, the latest in 30 open death investigations that have stumped the Santa Barbara Police Department over the last half-century. 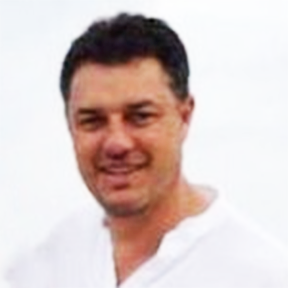 Another one from Rumor Mill News

A South African-born investment manager, Nico Lambrechts, has died after reportedly leaping from a building in London.

Lambrechts, 46, was pronounced dead on the scene after he fell from the
top of an expensive open-air restaurant, the Daily Mail reported.

Yesterday, Investec Asset Management confirmed the incident but refused
to say whether his death was suicide or if foul play was suspected.

"News of Nico's death has come as a great shock to all his colleagues, said Lauren Thys, a marketing associate at Investec.

"Our thoughts are with his family at this very difficult time, and our first concern is to provide them with support."

Ursula Nobrega, Investec's head of investor relations, said the company
would not comment on the circumstances of Lambrechts death.

Nobrega said Lambrechts is survived by his wife, Adele - who was too distressed to talk to the press - and three children.

Lambrechts is believed to have walked for a few minutes from his office
and taken a lift to the Coq d'Argent restaurant before falling through
the atrium within the building.

After plunging from the top of the restaurant's deck, he landed next to an area in which people were having lunch.

Lambrechts died on the scene despite attempts by medical personnel to save him.


Neighbours described him as "a great guy".

Three weeks before his death, Lambrechts posted pictures of himself and his family on holiday.

Lambrechts and his family lived in a £2-million (R28-million) six-bedroom gated home in the up-market town of Cobham, Surrey.

Lambrechts is the fourth person to have jumped to his death at the restaurant.

Richard Ford, 33, a City worker, died after reportedly falling from the restaurant's deck onto a bus.

Anjool Maldel, a 24-year-old stockbroker, plunged to his death in May with a champagne glass in his hand.

Maldel reportedly committed suicide after being suspended from his job at Deutsche Bank.

Before joining Investec, Lambrechts, an investment analyst, had worked as MD of Bank of America Merrill Lynch.

A woman who works in a shop nearby said the restaurant is ‘cursed’
because of the rising number of deaths. ‘It’s become a trademark place
to come and commit suicide,’ she said. ‘It’s very sad.’

Coq d’Argent is built on the site of an ancient burial ground where
for centuries hundreds of corpses of affluent Londoners were buried in
shallow graves.

The restaurant appeared in the James Bond-themed film sequence for the
Olympics opening ceremony that featured the Queen. In the film, diners
at Coq d’Argent can be seen waving to a helicopter which supposedly
contains Her Majesty and James Bond actor Daniel Craig, who ‘fly’ over
the restaurant on their way to the Olympic Stadium in Stratford where
the Queen ‘parachutes’ in.

Yesterday an inquest into Mr Lambrechts’s death was opened and then adjourned at the City of London Coroner’s Court.

Witnesses have told how they heard a ‘loud bang’ and a ‘cracking like a whip’ as he hit the ground near Bank Tube station.

Rita Olsen, a Danish tourist, said she thought there had been a car
crash. ‘I was texting my friend to arrange meeting her because I was
running late and suddenly heard a loud bang and a cracking sound, like a
whip,’ she said.

'He was a really great guy. He was a random man, unpredictable - you
know' Nico Lambrechts's neighbour in Cobham ‘Someone screamed and I
couldn’t see what was happening, but thought maybe there had been a car
crash but when the police showed up I realised someone had died.

‘It is really sad and I’m still in shock. I was horrified when I found
out what had happened. I feel sorry for whoever he has left behind.’

Some workers blamed the stress of the City for the spate of deaths.

One said: ‘The last girl only jumped not too long ago and someone else died a while back when they jumped and landed on a bus.

‘It’s terrible that someone can be in such a bad place that they would
do that. Maybe the pressure of working in the City got to him.’