Largest collection of breached data ever seen is found 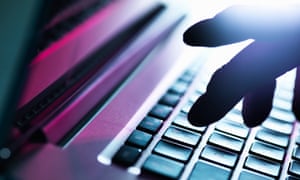 Source: Alex Hern
The largest collection of breached data ever seen has been discovered, comprising of more than 770m email addresses and passwords posted to a popular hacking forum in mid-December.
The 87GB data dump was discovered by security researcher Troy Hunt, who runs the Have I Been Pwned breach-notification service. Hunt, who called the upload “Collection #1”, said it is probably “made up of many different individual data breaches from literally thousands of different sources”, rather than representing a single hack of a very large service.
Still, the work to piece together previous breaches has resulted in a huge collection. “In total, there are 1,160,253,228 unique combinations of email addresses and passwords,” Hunt writes, and “21,222,975 unique passwords”. While most of the email addresses have appeared in previous breaches discovered being shared amongst hackers, like the 360m MySpace accounts hacked in 2008 or the 164m LinkedIn accounts hacked in 2016, the researcher says “there’s somewhere in the order of 140m email addresses in this breach that HIBP has never seen before.” Those email addresses could come from one large unreported data breach, many smaller ones, or a combination of both.
Security experts say the discovery of Collection #1 underscores the need for consumers to use password managers, like 1Password or LastPass, to store a random, unique password for every service they use. “It is quite a feat not to have had an email address or other personal information breached over the last decade,” says Jake Moore, a cybersecurity expert at ESET UK.
“If you’re one of those people who think it won’t happen to you, then it probably already has. Password-managing applications are now widely accepted, and they are much easier to integrate into other platforms than before. Plus, they help you generate a completely random password for all of your different sites and apps. And if you’re questioning the security of a password manager, they are incredibly safer to use than reusing the same three passwords for all your sites.”
Hunt warns that the primary use for such a dataset is “credential stuffing” attacks, which take advantage of precisely the sort of password reuse that password managers exist to prevent. “People take lists like these that contain our email addresses and passwords then they attempt to see where else they work.
“The success of this approach is predicated on the fact that people reuse the same credentials on multiple services. Perhaps your personal data is on this list because you signed up to a forum many years ago you’ve long since forgotten about, but because its subsequently been breached and you’ve been using that same password all over the place, you’ve got a serious problem.”

… we’re asking readers to make a new year contribution in support of The Guardian’s independent journalism. More people are reading our independent, investigative reporting than ever but advertising revenues across the media are falling fast. And unlike many news organisations, we haven’t put up a paywall – we want to keep our reporting as open as we can. So you can see why we need to ask for your help.
The Guardian is editorially independent, meaning we set our own agenda. Our journalism is free from commercial bias and not influenced by billionaire owners, politicians or shareholders. No one edits our editor. No one steers our opinion. This is important as it enables us to give a voice to those less heard, challenge the powerful and hold them to account. It’s what makes us different to so many others in the media, at a time when factual, honest reporting is critical.