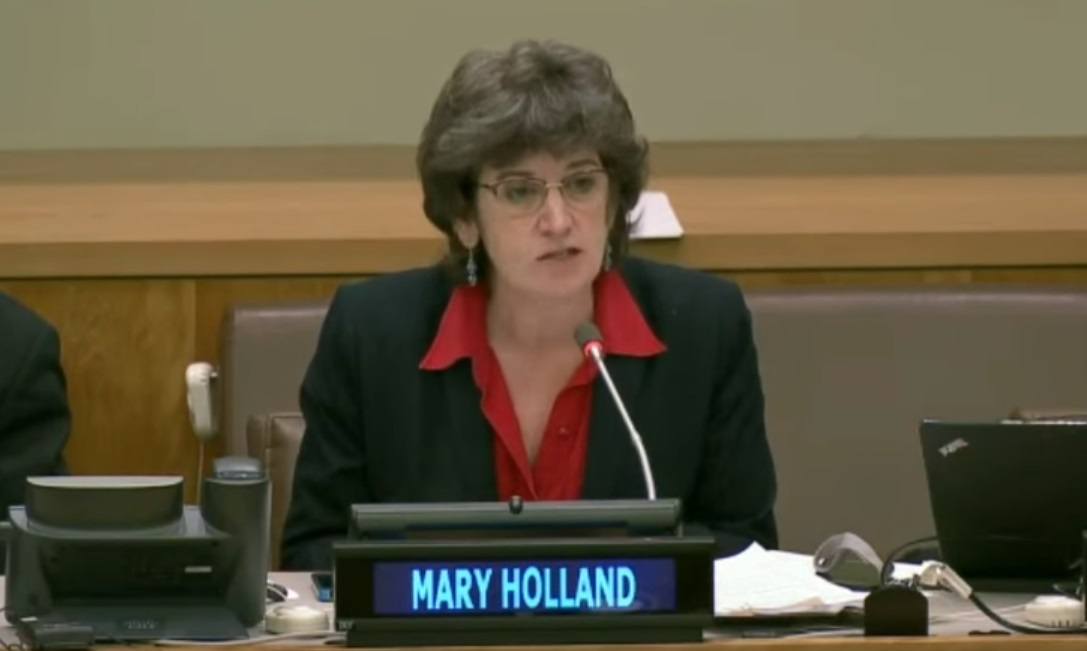 N.Y. Law Professor  Mary Holland Addresses U.N. on Government Vaccine Policies Violating the Nuremberg Code. Story.
Vaccine Mandates Results Don’t Safeguard Children’s Rights or Health: How Did We Get Here?
By the Children’s Health Defense Team
For decades, the U.S. government has made compulsory childhood vaccination one of the cornerstones of its public health policy.
Outside the U.S., countries’ vaccination policies range from completely voluntary to “aggressive,” with some nations promoting vaccination but leaving the decision up to the individual, and others pushing a little harder by financially incentivizing vaccination.
Some of the countries with mandatory vaccination have “modest” policies that focus on a single vaccine such as polio, and some—with broader mandates on the books—choose not to enforce them.
Regardless of the policy, no other country requires as many childhood vaccines as the U.S., but the legal edifice shoring up the compulsory childhood vaccine program is surprisingly flimsy.
As New York University legal scholar Mary Holland explains in a 2010 working paper, this edifice relies primarily on two century-old Supreme Court decisions—from 1905 and 1922—and on the game-changing National Childhood Vaccine Injury Act (NCVIA) of 1986, which fundamentally altered the legal landscape for vaccination by exempting vaccine manufacturers and medical practitioners from liability for childhood vaccine injuries.
The 1986 Act, in particular, resulted in an absence of legal protections for vaccinated children that is “striking compared to almost all other medical interventions.”
Examining the legal trajectory of vaccine mandates since 1905, Holland argues that current childhood mandates are not only radically different from what the earlier courts and legislators envisioned but are “unreasonable and oppressive and have led to…perverse results” that do not safeguard children’s rights and health.

The Supreme Court’s 1905 Jacobson v. Massachusetts decision, as summarized by Holland, justified the imposition of one vaccine—smallpox—on adults “on an emergency basis” and under circumstances of “imminent danger.”
At the same time, the Jacobson decision established medical exemptions, reasoning that it “would be cruel and inhuman in the last degree” to vaccinate someone who was medically unfit.
Jacobson also contained “robust cautionary language,” calling attention to the potential for “arbitrary and oppressive” abuse of police power and warning against going “far beyond what was reasonably required for the safety of the public.” Jacobson urged courts to be “vigilant to examine and thwart unreasonable assertions of state power.”
Despite these words of warning, state-level courts did not wait long before broadening the judicial interpretation of Jacobson beyond the notion of imminent danger or necessity—although still within the context of just the smallpox vaccine: 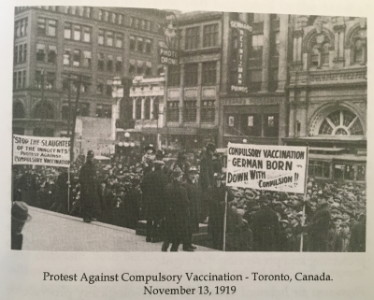 Occasionally, legal officials expressed their disapproval of vaccine mandates outside of emergencies, as with the North Dakota judge who, in 1919, pronounced childhood vaccination in the absence of a smallpox epidemic an act of “barbarism.”
The same judge also wrote presciently about the self-interest of the medical profession and vaccine manufacturers—“the class that reap a golden harvest from vaccination and the diseases caused by it.” In comments that bear repeating today, the judge stated,

“Every person of common sense and observation must know that it is not the welfare of the children that causes the vaccinators to preach their doctrines and to incur the expense of lobbying for vaccination statutes. …And if anyone says to the contrary, he either does not know the facts, or he has no regard for the truth.”

Although vaccination mandates had become legally “well-entrenched” by the mid-1950s—regardless of emergency and “all but erasing” Jacobson’s cautionary language—Holland emphasizes that this legal framework arose in the context of a single vaccine for a contagious disease considered to be life-threatening.
Even when the polio vaccine subsequently came on the scene, the nonprofit organization that helped develop and distribute the vaccine “opposed compulsion on principle.”

According to Holland, the creation of the Centers for Disease Control and Prevention’s (CDC’s) Advisory Committee on Immunization Practices (ACIP)—“a federal advisory body with little public participation and no direct accountability to voters”—laid the groundwork for far more coercive vaccine policies.

In fact, ACIP has become, over time, the “driving force” behind vaccine mandates. Whereas Jacobson justified mandates under specific and rare circumstances, ACIP has created an “infrastructure” that pushes mandates for any vaccine-preventable illness.
By 1981, after ACIP helped ensure that multiple vaccines were obligatory for school attendance in all 50 states, the number of vaccine injuries began increasing.
Against this backdrop, Congress enacted the NCVIA in 1986.
Although some legislators may have been well-intentioned when they passed the Act, Holland makes it clear that it has been nothing short of a disaster.
In essence, the Act located “vaccine promotion, safety and compensation under one [government] umbrella,” thereby creating “the risk of trade-offs among competing goals.”
The rather predictable result is that:

“revenue-generating vaccine development and promotion have enjoyed priority over vaccine safety science and injury compensation since the Law’s inception.”

Holland identifies the paradox at the core of the 1986 Law.
On the one hand, the legislation “for the first time publicly acknowledged that universal compulsory vaccination is likely to cause permanent injury and death to some infants and children”; on the other hand, it forces healthy children to give up ordinary legal protections, including informed consent, and takes away from injured children the right to sue manufacturers directly.
Meanwhile, ACIP has continued to promote a shift away from “necessity” as the rationale for vaccine mandates. A number of the vaccines that ACIP now calls for American children to get to attend school—70 doses of 16 vaccines by age 18—are for rarely fatal illnesses and for conditions “not contagious through ordinary social contact.”
Holland’s conclusion is that:

“Necessity no longer determines the validity of state childhood vaccination mandates…. New vaccine mandates are guided by financial returns on low prevalence diseases, not protection of the entire population against imminent harm.”

Some of the most troubling facts come at the end of Holland’s impressive legal review and concern the power of the pharmaceutical industry. She notes:

Holland also tackles the extensive collusion between the pharmaceutical industry and government regulators, including a quote about “ravenous corporate greed and mindless bureaucracy” in a related article.
Whereas “demonstrably predatory corporations selling compulsory products to a vulnerable population should lead to a high level of government scrutiny and skepticism,” Holland observes that “government appears to ally its interests with industry in the arena of vaccines.” 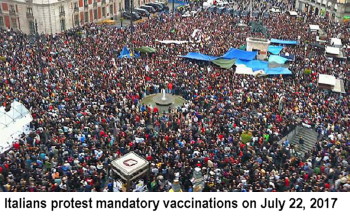 Fortunately, the public and even some health professionals are growing increasingly wise to this industry-government shell game.
In one community, opposition to human papillomavirus (HPV) vaccine mandates recently put public health authorities on the defensive about the epidemic of autoimmunity in today’s youth, the “exorbitant” amount of neurotoxic aluminum in vaccines and the requirement to “get a vaccine for something that can’t be caught in a classroom.”
A parent responding to the news article stated, “Why should I as a mother trust the Public Information Officer for the state Department of Health when he cannot even name the amount of aluminum in the vaccine?”
Thus, it is up to the public—and ethical professionals—to engage in the “scrutiny and skepticism” that the U.S. government has unconscionably failed to exercise.
Read the full article at ChildrensHealthDefense.org.