Julian Assange Sues Trump Administration To Reveal Charges Against Him 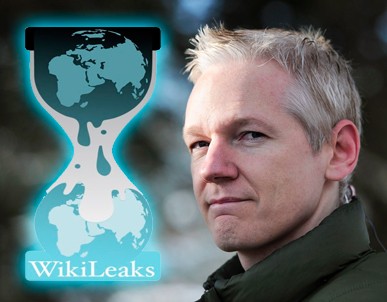 By Aaron Kesel
Last year in November the U.S. accidentally revealed sealed charges it had against WikiLeaks founder and former editor Julian Assange. Now Assange and his lawyers are suing to find out what those “sealed charges” are pertaining to, The Guardian reported.
Lawyers for Julian Assange have filed an urgent application to the Inter-American Commission of Human Rights (IACHR), based in Washington D.C., to demand the Trump Administration unseal the charges it has secretly filed against Assange.
The Australian activist’s lawyers are further asking the Commission to compel Ecuador to cease its espionage activities against Assange, to stop the isolation imposed on him and to protect Assange from U.S. extradition.
The request is a whopping 1,172-page application for “precautionary measures” directed at the Inter-American Commission of Human Rights.

Assange’s lead international coordinator lawyer, Baltasar Garzón, is requesting that the IACHR make an urgent intervention in favor of Assange and is calling for “international solidarity for this case in which the right to access and impart information freely is in jeopardy.”
“The revelation that the U.S. has initiated a prosecution against Assange has shocked the international community,” the legal submission states. The U.S. government “is required to provide information as to the criminal charges that are imputed to Assange in full,” it adds.
The application also alleges that U.S. prosecutors have begun approaching people in the U.S., Germany, and Iceland and pressed them to testify against Assange in return for immunity from prosecution.
Those approached, it is said, include people associated with WikiLeaks’ joint publications with other media about U.S. diplomacy, Guantánamo Bay and the wars in Iraq and Afghanistan.
It’s worth noting that this is corroborated by an article in Icelandic media interviewing the new Editor In Chief of WikiLeaks, Kristinn Hrafnsson, who told the publication that Iceland authorities offered him immunity from prosecution in exchange for testifying against Julian Assange, according to a translated article. However, translating articles can always be faulty, but Hrafnsson’s quote appears to state that he isn’t the person who was interrogated and offered immunity.
“I can confirm from the first hand that this has been done. No one has contacted me this way. However, I myself am investigating this issue and I know that data has been downloaded to a private company with secrecy, ”says Kristinn in a conversation with Fréttablaðið.
Assange’s lawyers say the Trump administration has pressured Ecuador to hand over Assange. In December, The New York Times reported that Ecuador’s new president, Lenín Moreno, tried to negotiate handing over Assange to the US. in exchange for “debt relief.”
Trump’s administration told the Iceland publication it couldn’t comment on attempts to prosecute Julian Assange due to the government shutdown.
Ecuador is being pressured to end Assange’s asylum and citizenship so he can be arrested by British police and extradited to the U.S. to presumably face charges under the Espionage Act — the federal law often used to punish whistleblowers. This is due to the fact that under the Ecuadorian constitution extradition is forbidden.