OUT OF MIND » THE INSANITY OF REALITY » GOVERNMENTS & THE NEW WORLD ORDER » 1,000+ Fake News Opinionators Must ‘Learn to Code’ 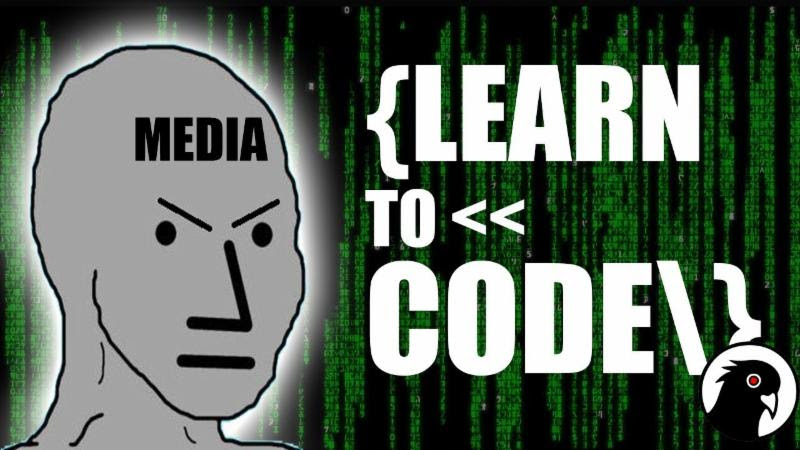 
For the past couple of years, I’ve asked myself how is it that every mainstream news outlet, from Esquire to National Geographic had suddenly become so militant and obsessive about race, gender identity and bashing Trump in lockstep, with such a fiercely bland PC uniformity that they may as well have all been written by the same person? As we Conspiracy Theorists are wont to do, I chalked it up to their being on George Soros’ payroll and pondered over the exact payment mechanism.
With last week’s firing of 1,000 journalists from BuzzFeed and dozens more each from HuffPo and Gannett, it’s emerged that indeed, the arc of this whole “woke” trend was not entirely organic. Both the mass-hirings and mass-firings had to do with a venture capital finance model that had proven unprofitable. Having burnt through their investors’ money, the publishers had fired their staffs.
The quality of journalism was at least partially to blame for this poor market performance, with a recent Gallup poll showing that the Mainstream Media ranked second only to Congress as the nation’s least trusted entities. The clickbaity imperative of the online publishing format had also proved problematic.
Thus, the unsustainable gravy train that paid the bills for many crybully spewers of Fake News had run out, triggering a windfall of Divine Schadenfreude for denizens of Twitter and the -Chan image boards, those final bastions of comedy in our PC-ravaged world.
In recent years, woke opinionators spilled buckets of digital ink on how laid off workers in the coal and steel industries should “Learn to code”. Today, wags on 4Chan and elsewhere are giving these pink-slipped journos a taste of their own medicine by telling them to do the same. Here’s one joker’s rendition of the journos’ odyssey:
*Coal Industry Dies*
Journalists: “Learn to code, miners.”
*Overfunded Tech Company Dies*
Journalists: “LOL Theranos 2. Suck it, techbro man-babies.”
*Overfunded media company lays off 10 people.”
Journalists: “Capitalism is evil and this is the end of our
democracy.”
Snowflakes that they are, our newly-unemployed hacks have naturally sought to get such critics banned from Twitter. Sadly for them, wit doesn’t qualify as a hate speech yet.

OUT OF MIND » THE INSANITY OF REALITY » GOVERNMENTS & THE NEW WORLD ORDER » 1,000+ Fake News Opinionators Must ‘Learn to Code’

» Fake Fake News Is a Danger to Our Fake Democracy
» FAKE NEWS FAKE OUT - MEDIA ATTACKS! DARK JOURNALIST & ALEXANDRA BRUCE
» French Military on Alert Code Jena, Code Yorktown Continue Tuesday, May 1, 2012
» All The News is Fake!
» "fake news", yet will they admit it?