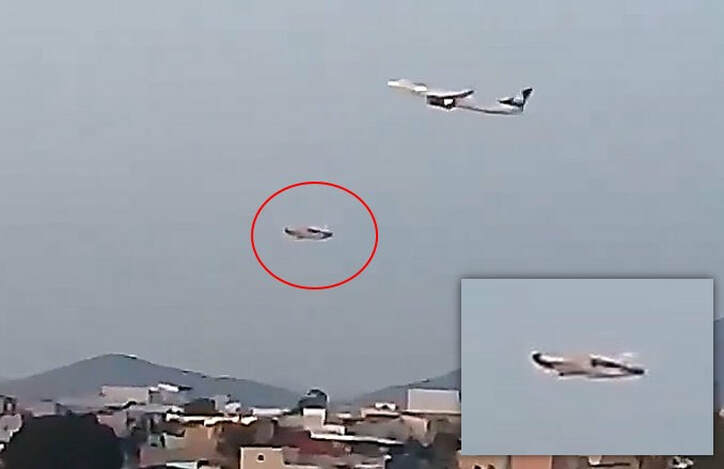 On January 25th, a huge UFO was seen passing on the coast line of the city of San Clemente, California, United States, to the south. On the same day, a Mexican citizen named Gerardo Choko Trompetas who resides in the city of Tijuana, Mexico, has seen an enormous object almost identical to that seen in San Clemente.
Source:https://www.segnidalcielo.it/lenorme-ufo-avvistato-sulla-costa-di-san-clemente-arriva-in-messico-e-si-ferma-su-tijuana/​

UFO appears below strange beam of light in Bariloche, Argentina


The photographer took some images of a strange beam of light in a clear sky at the shoreline of Lake Nahuel Huapi Bariloche, Argentina on January 24, 2019. 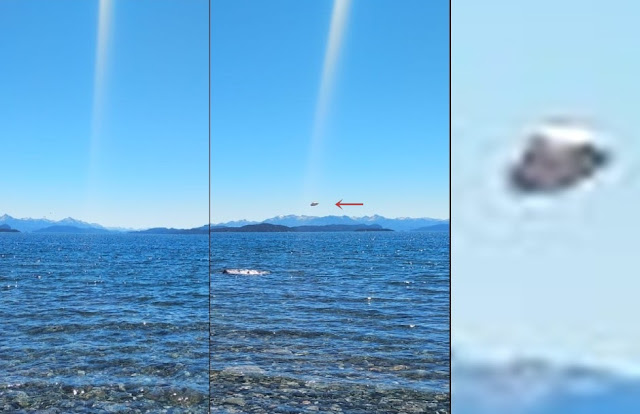 Hours after, while reviewing the photos, the photographer, who has submitted the images to Mufon, noticed in one of the images a UFO and realized that during the short laps between takes, the UFO must have appeared and vanished in a matter of seconds. 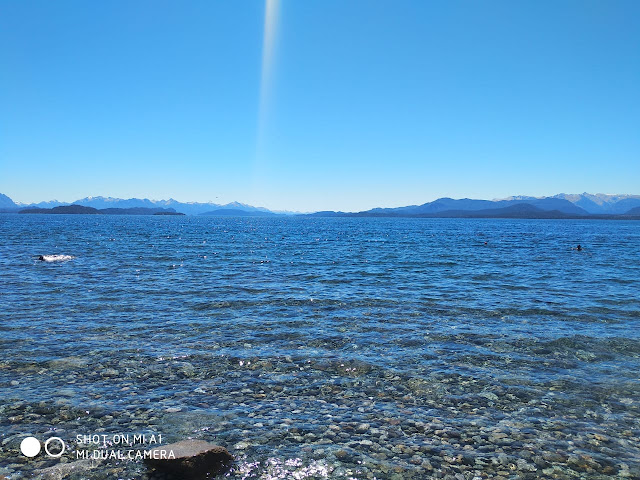 First image shows the strange beam of light only. 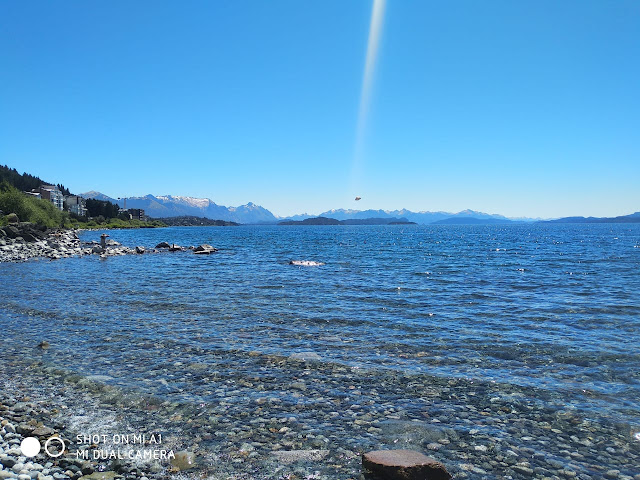 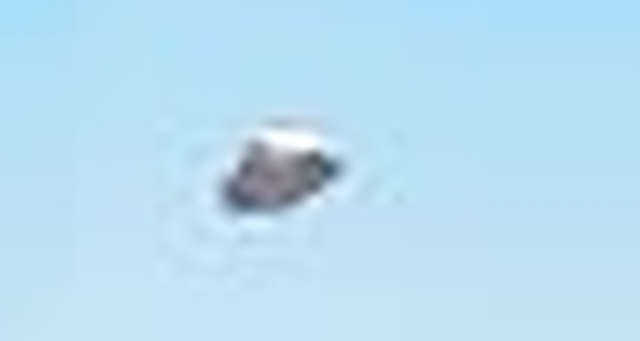 Where does this beam of light comes from and could it be that the UFO has emerged from it? Or is it something from another world that has been teleported via this ray of light? 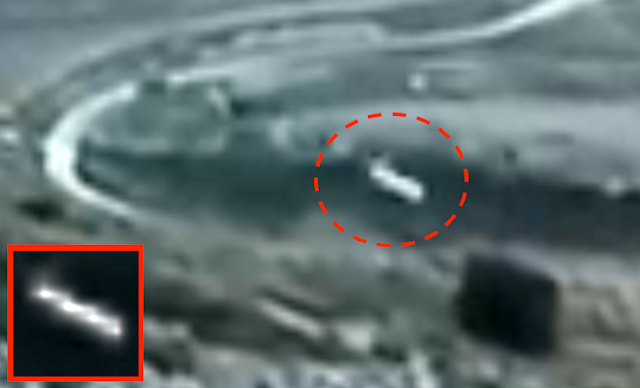 This UFO was recorded by a drone in Spain last week. The UFO was sitting on the mountain side and noticed the flying drone...so it immediately did a flyby to investigate it. The object moved incredibly fast, so fast it appears to be a tube, when actually its an oval disk. In the close up you can see that its actually caught four times in the photo...thats how fast this is moving. Those four time are stretched out touching each other so that it appears to be long, when its not. UFOs are often atrracted to aircraft and this one was no exception. Yes UFOs can be small like this one. Aliens have drones, because not all species of aliens can walk among us without being noticed, and many breath different gases.
Scott C. Waring

News states (translated from Spanish:
According to his conclusions, the object captured by the camera of the drone is "cylindrical shape, with a length of about 2 meters". "It comes out of a brush and travels about 600 meters in a time of about two seconds, which would be about 1,080 kilometers per hour," something that "completely discards the explanation of an insect or any animal." "We may talk about a vehicle about two meters long that I doubt very much that it is human technology and that it goes out to see what is approaching," he concludes. Do you believe it? Do not? The truth is out there. 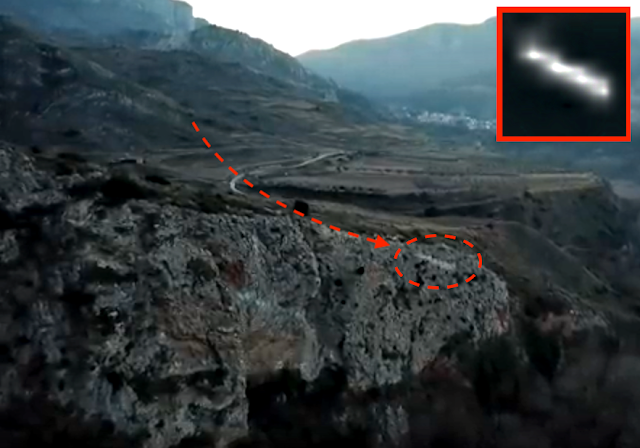 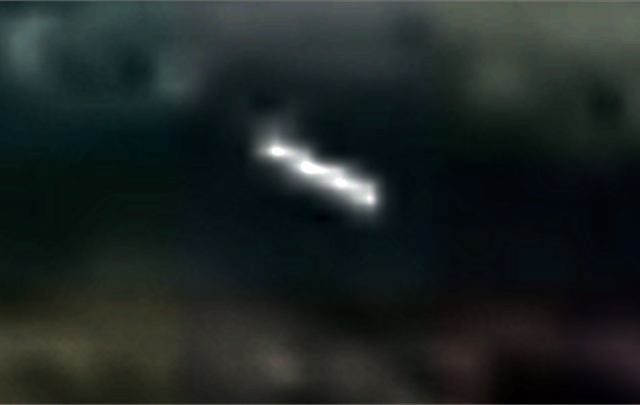 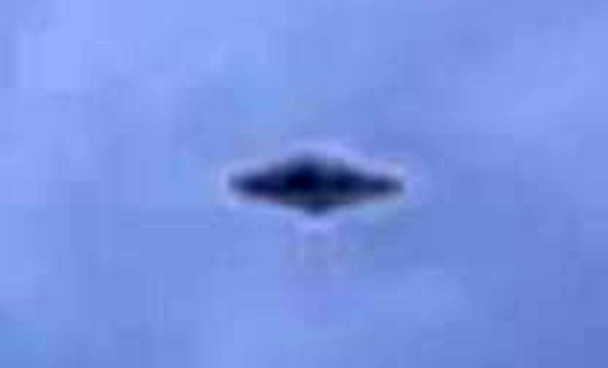 This UFO was seen by Francisco “Pancho” Zamudio, a member of the tropical music group Los Alfiles living in La Banda, Argentina. I enlarged the photo as you see above, and yes it does appear to be a disk with a dome top and bottom area. How could he have missed such an event? Very easily since UFOs are capable of flying so fast that the human eye cannot even detect the movement, but the digital eye of the camera is exceptional and capturing everything in its path. Yes, I do believe this to be a UFO. The shape, speed, and the blurred outer edges all indicate that is real.
Scott C. Waring

Eyewitness states:
“It was on January 9th of this year. I was drinking at home, went out to see the clouds that were taking shape and took some random photos. I wasn’t aware of anything at the time. Just this past Saturday, looking through the images, I noticed a black dot. I sent them to a friend who works on radio and he downloaded them to his computer. Upon zooming in, he discovered this thing, and we were truly startled.” 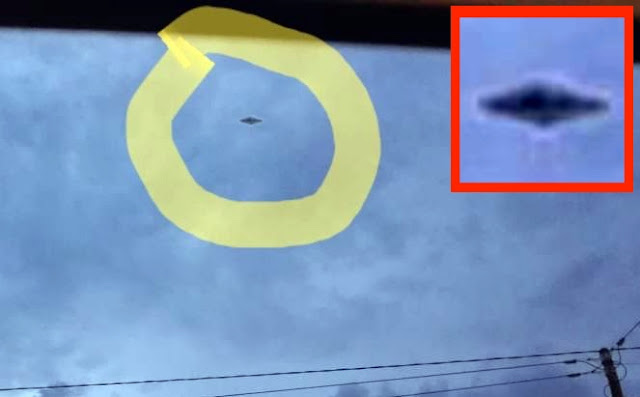 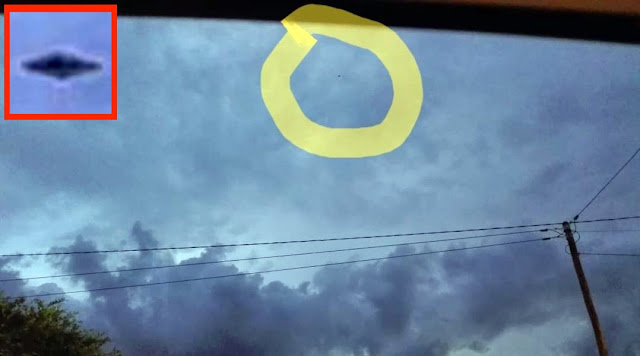