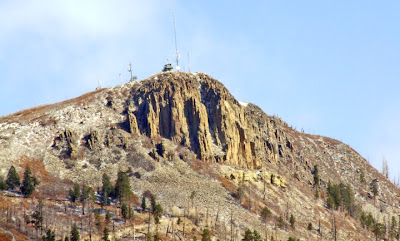 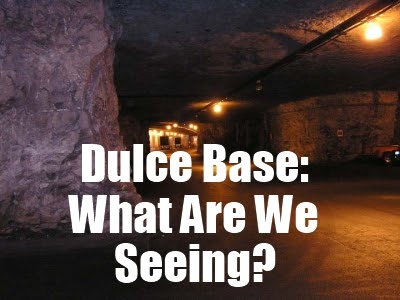 
Dulce Bases in New Mexico are near a tiny town on reservation land of the Jicarilla Apache. Although the town's population is less than three thousand, most residents are believers in, and many are witnesses to, unidentified flying objects appearing to enter the Archuleta Mesa. The mesa is said to be site, of the underground bases, where the US military, has forged an uneasy alliance, with visitors from another world. PATREON https://www.patreon.com/NightTerrorsW... Within sight of the Archuleta Mesa, in 1967, the US Atomic Energy Commission, excavated a shaft nearly one mile in depth, into which they lowered a nuclear device. The official cover story, for the detonation of the subterranean nuke, was to help the US natural gas industry, to extract vapors of fuel from the earth. But there was not a single energy company that ever showed up, to collect any natural gas. Instead, the field was marked with warning signs, set in concrete, to discourage any visitors. Some now believe the true purpose of the underground blast, was the first step, in engineering a subsurface chamber of enormous size. In 1975, Paul Bennewitz, a specialist in electronics, opened his own business in a building adjacent to Kirtland Air Force Base, in Albuquerque, New Mexico. Bennewitz intercepted coded shortwave transmissions, between the Air Force, and a mysterious radio source in Dulce. After personally sighting a UFO, which hovered over the mesa, he became convinced Of the existence of a secret underground base, where the US military was working with extraterrestrials. Paul saw troop movements, every summer, in and out of the area. Also witness to this activity, was the native population. At one point the military built a road, where trucks traveled for months, sometimes moving in a convoy through the middle of town. The underground base was likely still under construction. The entrance to that road was ultimately barricaded, and then all signs of it were removed, as if it had never existed. Phil Schneider was a geoligical engineer, who in 1979, was working for the US Government, with a high-level security clearance. He claims he had a contract to excavate tunnels for a subterranean military base, under supervision of a newly founded unit, of the United States Army, now commonly referred to as Delta Force. After his retirement, he revealed this base, was located underground in Dulce. Philip was never briefed by the army, as to the true nature of the installation. While working with explosives, a chamber was breached, which was not on the map he was given. He came face-to-face, with a part of the base, occupied by those aliens we now call, "the greys". New Mexico, has always been an open carry state, and Schneider drew a loaded firearm from his hip. Before his Delta handlers could stop him, he had already emptied his weapon, into several ET's. The little gray men were also armed, and a firefight with Delta Force erupted. This was the so-called Dulce War. Before cooler heads prevailed, the classified battle was said to have claimed the lives, of fifty-seven American soldiers. Another whistleblower is Bob Lazar, who says he worked at the base, for a handful of months in 1988. Lazar is a physicist who was assigned the task of reverse engineering, the power and propulsion system of an extraterrestrial craft. The craft was said to operate on the principle of anti-gravity. A two hundred page contract with the government, which Lazar was required to sign as a condition of his employment, referenced the armed conflict, at the base in 1979, between humans and ET's. Thomas Castello was a security specialist who worked at Dulce Base. His job was to maintain the video cameras, which monitored the complex underground. From out of the installation, he smuggled photographic evidence, of embryonic cloning being conducted by extraterrestrials. In exchange for advanced alien technology, the United States government was permitting their guests from offworld, to conduct horrific genetic experiments. License links may all be found at https://creativecommons.org