OUT OF MIND » SUPER SCAMMERS!! RV & DINARIAN FRAUDS & THOSE THAT BUST THEM OUT! » JERZY BABKOWSKI aka ZAP & SUSAN » POOFness for JAN 31: DID YOU KNOW UPDATE BY DJ or DID YOU KNOW DOUG JONES IS A CON ARTIST?

Zimbabwe said it will allow companies and individuals to transfer dollars electronically, as it looks to ease a crippling scarcity of foreign exchange that’s sent the economy into meltdown .
The Reserve Bank of Zimbabwe has upgraded its systems to allow for such transactions and will run testing until Feb. 1, after which it plans to go live, the bank said in a statement Monday.
The southern African nation’s cash crisis has caused shortages of everything from fuel to bread, much of which is imported. Zimbabwe scrapped its own currency a decade ago to end hyperinflation and adopted a basket of units instead, with the dollar being the most widely used. The central bank then printed quasi-greenbacks called bond notes and an electronic currency known as RTGS$ to fund rampant government spending. That’s resulted in a convoluted system of exchange rates, with consumers charged different prices depending on how they pay.
Until now, Zimbabweans have struggled to transfer real dollars electronically and usually use the black market and cash dollars instead.

“This is a small but important step in a long process of normalizing the monetary system in the country, which has become significantly dependent on the parallel market for goods and services payments,” said Chiedza Madzima, a senior analyst at Fitch Solutions in Johannesburg.

The Confederation of Zimbabwe Industries earlier this month said the government should allow banks to trade dollars in a bid to halt the economic collapse, which has seen the official inflation rate surge to 42 percent. It said businesses have not been allocated foreign exchange by the government since October.

“The fact that banks are now allowed interchange of FX is the first positive step, although we are not sure how it would operate,” said Sifelani Jabangwe, president of the lobby group.

The value of bond notes and RTGS$ has plunged in the past six months, even though the government says they should be worth the same as real dollars. Bond notes now trade at 3.81 per dollar on the black market, according to marketwatch.co.zw, a website run by financial analysts.

Finance Minister Mthuli Ncube has said he wants to introduce a new currency this year.

Not having a currency of its own hasn’t stopped Zimbabwe from sliding into a currency crisis.
A scarcity of foreign exchange has led to long queues for fuel, bread and medicine and sent prices surging. The government more than doubled gasoline prices to $3.31 a liter ($12.58 a gallon) over the weekend, the highest in the world, according to data on GlobalPetrolPrices.com.

The roots of the pain lie in Zimbabwe’s decision to scrap its own currency a decade ago and adopt a basket of foreign units, with the U.S. dollar being the most widely used. The central bank then printed quasi-greenbacks to fund rampant government spending.

The result is a convoluted system of exchange rates, with consumers charged different prices depending on whether they pay in real dollars, electronic money or so-called bond notes -- even though the government insists all three have the same value. It undermined that argument by saying that foreigners could still pay the old price for fuel of $1.32 a liter if they used cash dollars.

President Emmerson Mnangagwa, a 76-year-old former spy chief who promised better times for Zimbabweans when he won elections in July. Those were the first after long-standing ruler Robert Mugabe, under whom the economy began its descent, was ousted by the military in late 2017. Mnangagwa was close to Mugabe and served as his vice president.

Finance Minister Mthuli Ncube said on Jan. 11 he’d introduce a new currency within a year. But he gave few details, beyond that the central bank was building reserves, which currently cover barely two weeks of imports. He’s also trying to restructure billions of dollars of defaulted multilateral debts so that Zimbabwe can obtain new international loans.

Bond notes now trade on the black market at 3.2 per dollar, according to the Harare-based ZimBollar Research Institute. RTGS$ units are worth even less.
Zimbabwe’s main stock index has climbed 72 percent since last March, easily the most globally. Foreign investors struggle to get their money out of the country due to capital controls.

The above information is one of those “Needed Components” to realize a currency exchange that has been going on behind the scenes. Putting it simply “Zim can’t exchange without the mechanisms to exchange”. Many more such components are in play that the general public is unaware of in particular when we view things on a global scale. This is merely a piece of the larger puzzle that is the GCR. But, like in a puzzle, the more pieces that are put together the clearer the bigger picture becomes and the faster the puzzle is finished the quicker your awaited exchanges can begin.

Thank you for your support as we do our best to keep you up to date. We couldn't do this Without Your Help.!!! Please go to Paypal.com using the account address: goneforthfornow@gmail.com to support the cause. Please remember to click friends and family when sending. Your donation will keep the communication flowing. Thank You.

With Much Gratitude and Appreciation,
Love and Kisses,
"The Office of Poofness"
DJ and Susan 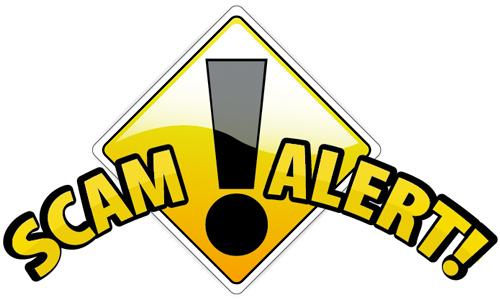 This post is for information and education purposes only. All representations, presentations, products and opinions are strictly that of the author and do not necessarily reflect the opinion or endorsement of the “Poofness News Letter” and its principals. All readers should perform their own independent due diligence before acting on any information provided.

So what do you think? Jerzy has become to much of a liability and he is being phased out? Oh yeah that's right! We said that the first time that DJ (Doug Jones) was added to the Sunday scamathon! Looks like we will need new graphics! lol

Holy Cow !
You mean ZAP has been put out to pasture ?

I wonder if he will still be on the Scamda/Humanus donation fraud payroll?

THOSE 3, doug jones, will barney and most of all babkowski jerzy from Calgary, Alberta Canada are the biggest mother f...rs out there scamming and officially swindling naive, innocent but very STUPID IDIOTS but still people... for their last pennies. Those are ruthless, no mercy, sociopaths that belong in PRISON!!!!.
Only in this abnormal US and \Canadian injustice system, hyenas like those 3 psychopaths can strive for years knowing the psychology, weakness of desperate individuals, manipulating them ruthlessly for as long as they bleed to death. Those are thirsty, dangerous blood suckers and I'm sure time and justice will catch up with them one day. You will pay for all your deeds and filthy lowlife jerzy babkowski (zap) doug jones ans will barney YOU WILL!!!!!.

OUT OF MIND » SUPER SCAMMERS!! RV & DINARIAN FRAUDS & THOSE THAT BUST THEM OUT! » JERZY BABKOWSKI aka ZAP & SUSAN » POOFness for JAN 31: DID YOU KNOW UPDATE BY DJ or DID YOU KNOW DOUG JONES IS A CON ARTIST?