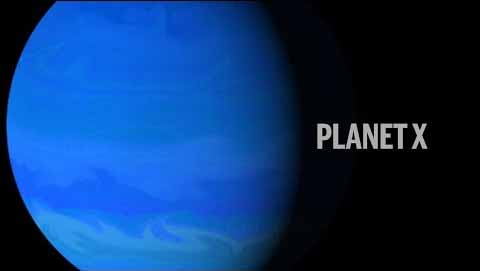 
Subscribe to the Newsletter-Survival Group Programs and support the research at https://www.terral03.com . Seismic event indicators say Earth has now entered the second and final earth-change lull period for the 2018 Earth orbit cycle relative to the Black Star positioned in the Libra Constellation relative to the Sun. Year-over-year weekly seismic-event values for Week 50 show one of the 7+ magnitude earthquake events for the last five years (2017: 7.9 Alaska). The 7.9 Alaska Quake was the fifth big-quake event in the seven-quake series for the 2017 Earth orbit cycle relative to the Black Star. Thirty-six of the 5-magnitude earthquake events for this week is twelve events above the year-over-year-weekly-event-total average (24.25) likely due to the Deep Magma Plume Formation growing out of control creating additional “horn formations” that rise-fall to trigger 5-mag quakes at the 10-kilometer depth. We should expect these values to bounce up-down moving through February, until finding minimum values in Week 52-53 ending the 2018 orbit cycle. Quake 6 of the seven-quake series is running late, which means Earth is no longer following the 2016 seismic pattern. Week-over-week seismic-event values have remains steady for the last eight weeks where the total-event value is hovering around 300 indicating to me that the deep-magma-plume-wave action pinball effect has been going on since the 7.0 Philippines Quake (USGS) struck on December 29, 2018. Just two of the 6-mag quake events for this week matches the low-water mark for the last seven weeks falling just below the historical-weekly average of 2.75. We see moderate increases in the 5-mag and 2.5-to-4-mag quake event totals for Week 50 while the 6-mag quake events fell to one third of what we saw last week. Break the numbers down and Earth has seen weekly-total-event values near the 300 mark for the last eight weeks in a row indicating to me that the Deep Magma Plume Formation is trying to find equilibrium moving to the end of the current earth-change lull period. We should expect this trend to continue for another week or two, until Earth reaches the 90-degree position relative to the Sun and Black Star to begin the 2019 Earth orbit cycle in the second-to-third week in February. Earth saw four deep earthquake events on the Fiji-side of the Indonesia-Fiji Seismic-Volcanic Origination Zone (lower left: 15 last week) adding less energy to the Deep Magma Plume Formation than we saw last week. Deep-quake activity remained moderate again this week along Buoyancy-Barrier Corridor 1 (Indonesia up through Japan, Russia and across the Aleutians-Alaska to Iceland) where the EQuake3D image below shows increased seismic activity in the Iceland region. The pattern of 5-mag (+/-) quakes you see at the lower right of the diagram are Deep-Magma-Plume Triggered at the 10-kilometer depth showing increased seismic activity along Buoyancy-Barrier Corridor 2 from magma-plume-wave action. The combination of this 5.3 Mexico Quake (USGS) and these quakes striking in the USA at the 10-kilometer depth (2.5 Tennessee, 2.5 Tennessee like three Texas Quakes last week) tells me that the Deep Magma Plume Formation along Corridor 2 has pushed under the southern regions of the United States. Note the California Quake Swarm Area forming a tall stack of flags that includes this 2.5 Petrolia, CA Quake (USGS) where these might be precursor-foreshock quake events pointing to something larger coming later in the timeline. Project supporters for Week 6 of 2019 include Loren and Ron subscribing to the Newsletter-Survival Group Program at the website to receive full benefits for 2019. Thomas, David, James, Karen, Rhonda, Robert, John, Douglas, Alice, Maureen, Ann-Joe, Darren, Kirk, David, Walter, Robert, Basil, Marvin, Stan, James, Bonnie, John, and Kevin made their 2019 subscription payments as longtime supporters of the research. Ron, Dick and Joe-Ann joined the USA Survival Group Program with Tangy securing his autographed-numbered copy of The Mystery Explained with a donation at the website. Camille R., Elizabeth M., Charles C., Edward B. and Nick (selling..) have nonworking email addresses attached to their PayPal-Subscriber accounts, which means you need to contact me to receive your 2019 Newsletter-Survival Group Dropbox Folder Link notification emails. Read the Full Report and related articles, by subscribing to Terral’s 2019 Newsletter Program at https://www.terral03.com/ for 25 dollars per year. Subscribe to the Newsletter-Survival Group Program for 50 dollars per year at the website. Subscribe today and get the eBook-version of The Mystery Explained with 80 color-coded diagrams helping you see God’s wisdom hidden in plain sight for free. Watch the Subscriber Benefits Video for more information. Get additional information at terral@terral03.com.