This 2013 AFP video says about itself:

A new exhibition called “We love Mandela” opens its doors in London, showcasing the work of 21 artists who have been touched by the life of Madiba.

From daily News Line in Britain:

Monday, 11 February 2019
MANDELA THE OFFICIAL EXHIBITION
The official exhibition
26 Leake Street Gallery
Waterloo Tunnels, London SE1 7NN (nearest tube Waterloo)
Until April 8th 2019
Tickets from £16.20
NELSON Mandela is celebrated in this timely exhibition celebrating his life of revolutionary struggle – which saw a black leader take on the reactionary apartheid state of South Africa and emerge as the nation’s first black President.
Mandela belonged to the Aba Thembu people – one of the four African nations resident in the Eastern Cape, (south and west of what is currently Durban) from the early 15th century. His great grandfather King Ngubengcuka is credited by history with the uniting of a historic kingdom during the early 19th century.
Mandela, however, was ‘given’ the name of Nelson on his first day at a British-run school. ‘He was led to believe that white people were superior,’ the exhibition makes clear. As part of Thembu tradition he was also circumcised at age 16. Just a few years later he was expelled from Fort Hare University, where he was studying, for participating in a student demonstration. 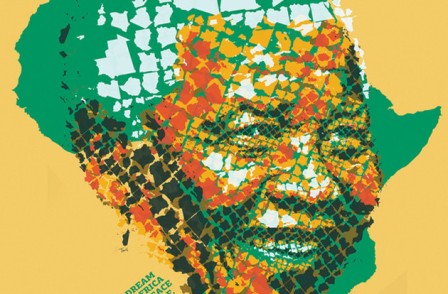 His first job, which he took up after running away to Johannesburg, was as a mine security officer. 1940s Johannesburg was also where he first met fellow-ANC member Walter Sisulu. But it was after 1948 that the racist National Party (NP), which following the end of the early-century Boer War had stood for full black slave labour exploitation, first came to power in South Africa.
In that same year Mandela, dissatisfied with the caution of its older leadership, founded the ANC Youth League. But after 1955, when the ANC successfully mobilised supporters all across the country in support of its Freedom Charter, the NP response was ‘eighteen months in planning’, the exhibition tells us. It wasn’t until December 1956 that it ‘swooped’ on Mandela.
‘Just after dawn on the morning of 5th December,’ Mandela wrote in his autobiography Long Walk to Freedom, ‘I was woken by a loud knocking on my door. . . No neighbour or friend ever knocks in such a peremptory way, and I knew immediately it was the security police.
‘ … He (Head Constable Rousseau) produced a search warrant, at which point the three of them immediately began to comb through the entire house … ‘After forty-five minutes Rousseau matter-of-factly said: “Mandela, we have a warrant for your arrest.” And the words leapt out at me: “HOOGVERRAAD – HIGH TREASON”…

‘It is not pleasant to be arrested in front of one’s children, even though one knows that what one is doing is right.’
After that the state – slowly but surely – had to find ways and means to make sure its charges ‘stick’, and reverse ‘not guilty’ verdicts. Increasingly, Mandela ‘did not return home’ and even became called ‘The Black Pimpernel’, as his autobiography later told the world.
But meanwhile, the government developed new ploys. What is now known as his Rivonia Trial followed in December of the subsequent year, 1961. ‘Too many people had known I was in Durban,’ his autobiography noted. Later he ‘heard an announcement over the police radio of my capture … At sunset, on the outskirts of Johannesburg, we were met by a sizeable police escort. I was abruptly handcuffed’.
He continued: ‘I was locked in a cell by myself. In the quiet, I was planning my strategy for the next day, when I heard a cough from a nearby cell … I sat up in sudden recognition and called out, “Walter?”’ 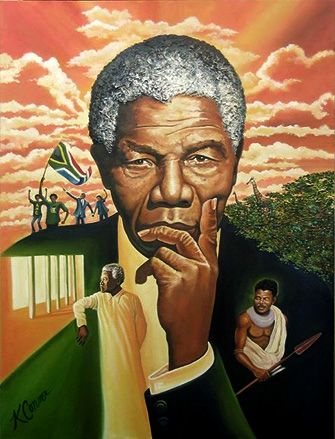 During the Rivonia trial, as is well-known, over a hundred witnesses testified that Mandela had ‘incited African workers to strike during the three-day stay-at-home in May 1961’. He said of this: ‘It was indisputable … that I was technically guilty on both charges.’
Later Mandela famously said to the Rivonia court: ‘Only through hardship, sacrifice and militant action can freedom be won. ‘The struggle is my life. I will continue fighting for freedom until the end of my days.’
The exhibition also focuses on Mandela’s commitment to education, with one filmed sequence showing him insisting: ‘Education is the most powerful weapon which you can use to change the world.’
Nevertheless, in another clip he also stresses: ‘You don’t have to have education in order to know that you have the right to education.’ He also stressed: ‘Like the gardener, a leader must take responsibility for what he cultivates. He must mind his work, try to repel enemies, and preserve what cannot otherwise be preserved.’
The exhibition focuses too on some of Mandela’s final words, when he said: ‘The time has come to fully hand over our work. ‘It is in your hands now.
‘As long as poverty and gross inequality persists in our world, none of us can truly rest.
‘We are marching towards a new future, based on strong foundations of respect. ‘We must all get down to work to build a better future. It is in the hands of all of us now.’ 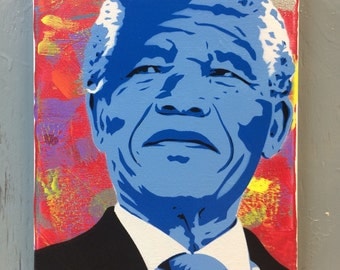