» Another EX-CIA Director Comments on UFOs & Shares A “Paranormal” Story 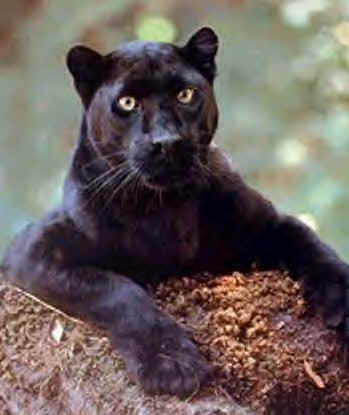 
“No animal is more elusive. Nobody I knew had ever seen one in the wild and I never thought that I would either.”

Figures from May 2018 show that over 170 million people worldwide saw the blockbuster movie “Black Panther.” Figures from the past 100 years show that no one has seen an actual black panther (also called a black leopard) in Africa and has a movie or photo to prove it … until now. UK photographer Will Burrard-Lucas revealed stunning images of a live black panther he photographed in Kenya, not far from the mythical land of Wakanda, home of the ‘other’ Black Panther. How cool is that? (The images can be seen here.)


“We had always heard about black leopard living in this region, but the stories were absent of high quality footage that could confirm their existence. This is what Will’s photos and the videos on our remote cameras now prove, and are exceptionally rare in their detail and insight.”

The black panther or African leopard (Panthera pardus pardus) was suspected of living somewhere in the Loisaba Conservancy, a 57,000 acre wildlife conservancy and working ranch located in Northern Laikipia, Kenya, by Nicholas Pilfold PhD, a biologist working there for the San Diego Zoo Global. According to his study published in January 2019 in the African Journal of Ecology, Pilford’s video cameras captured a young female black panther five times in February, March and April of 2018. (A video can be viewed here.) Those sightings brought photographer Burrard-Lucas to the area with his specially-designed camera traps using wireless motion sensors, high-quality DSLR cameras and multiple flashes. Despite Pilford’s videos, he wasn’t certain he could capture sharp photographs of the black panther.


“I can’t believe it really. I think when I started this project I didn’t actually think I was going to be able to achieve a shot of a black leopard in Africa but that it is exactly what is here on the back of my camera. Just the most stunning, spectacular creature I think I’ve ever photographed!”

Pilford shared with National Geographic some of the mythology behind the black (or melanistic, which is the opposite of albino) panther, whose last known photograph had been taken in 1909.

“These are the first confirmed images of a panther in Africa in nearly 100 years. Almost everyone has a story about seeing one, it’s such a mythical thing. Even when you talk to the older guys that were guides in Kenya many years ago, back when hunting was legal [in the 1950s and ‘60s], there was a known thing that you didn’t hunt black leopards. If you saw them, you didn’t take it.”

The juvenile female was traveling with an older normal female believed to be its mother, so Pilford thinks its color was not a problem with the rest of the cat’s family, even though melanism is extremely rare in African big cats.

Or is it?
Shortly after the photographs were released, researchers at the Ol Ari Nyiro Conservancy 30 miles west of Loisaba unveiled another high-quality photograph of a black leopard reported to have been taken in 2007. Are there more hiding in drawers around Kenya and Africa? Are there more black panthers than the experts believe to exist there? Will this revelation put them in danger?
Will this be in the sequel?