OUT OF MIND » SUPER SCAMMERS!! RV & DINARIAN FRAUDS & THOSE THAT BUST THEM OUT! » RV/GCR, GURU CHATTER & NESARA INFO » Signs of Reset Italia – Bank Of Italy

Signs of Reset Italia. By Zero.
Some events occurring in Italy make us think that the war to global control is really reaching its peak and perhaps a beginning of the revaluation of the Values, or Reset, may actually be looming.

As for Trump in the United States, the tool of the Alliance or White Hats to introduce the change in exchange for the forgiveness of his misdeeds, even in the “boot” the government seems to receive the blessing of the “good” Freemasons to hurl against the Rothschilds’ Central Banks.
It is of these last days the attack on the Bank of Italy, which is absolutely not in the hands of the Italians but in the ones of private individuals, and to the gold, the Au reserves that make Italy a rich country instead of “poor“, as they would like us believe.
Mario Draghi, the servant of the ruling Cabal at the Roths’ ECB, stands out and confirms that the deviated Italian Freemasonry would like to keep the peoples of all Europe on the “short-chain”. 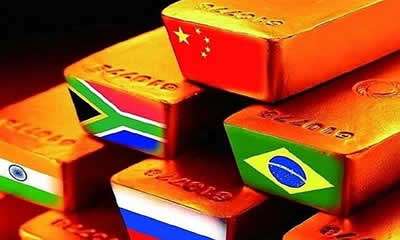 It is a complex matter and this is not yet the time to analyze it thoroughly but it is screeching that the attack on the American Fed and the Bank of Italy are taking place at the same time.
In all this picture we can include Macaron’s France and the Yellow Jackets, widely left aside by the “pen-for-sale” servants of the Cabal, even if now less and less people still watch the television and read the classic “newspapers”.
We MUST remain vigilant, aware that this could only be the beginning; we have already said the Reset does not happen overnight, they will try to give us a sop, trying to put their finger in the leak of the dam to try to stop it, we are all required for a massive AWARENESS. This could be kind of 25% of the Reset and we, with our commitment, could perhaps bring it to 50%.
If this news arrived on the booger’s MSM it has already happened, they have already “approved” it.
QAnon has just told us that the “Countdown” has begun, we have to participate united, not waiting on the couch for an easy already chewed meal.
See something? Say something!

I pay no attention whatever to anybody’s praise or blame. I simply follow my own feelings.

Posts : 3700
Join date : 2017-02-15
Was reading that blog and it had no information about anything really? Just slapped out some headlines, eye candy and nothing to note in the bulk of it writing? So what exactly is happening with the bank of Italy???

OUT OF MIND » SUPER SCAMMERS!! RV & DINARIAN FRAUDS & THOSE THAT BUST THEM OUT! » RV/GCR, GURU CHATTER & NESARA INFO » Signs of Reset Italia – Bank Of Italy