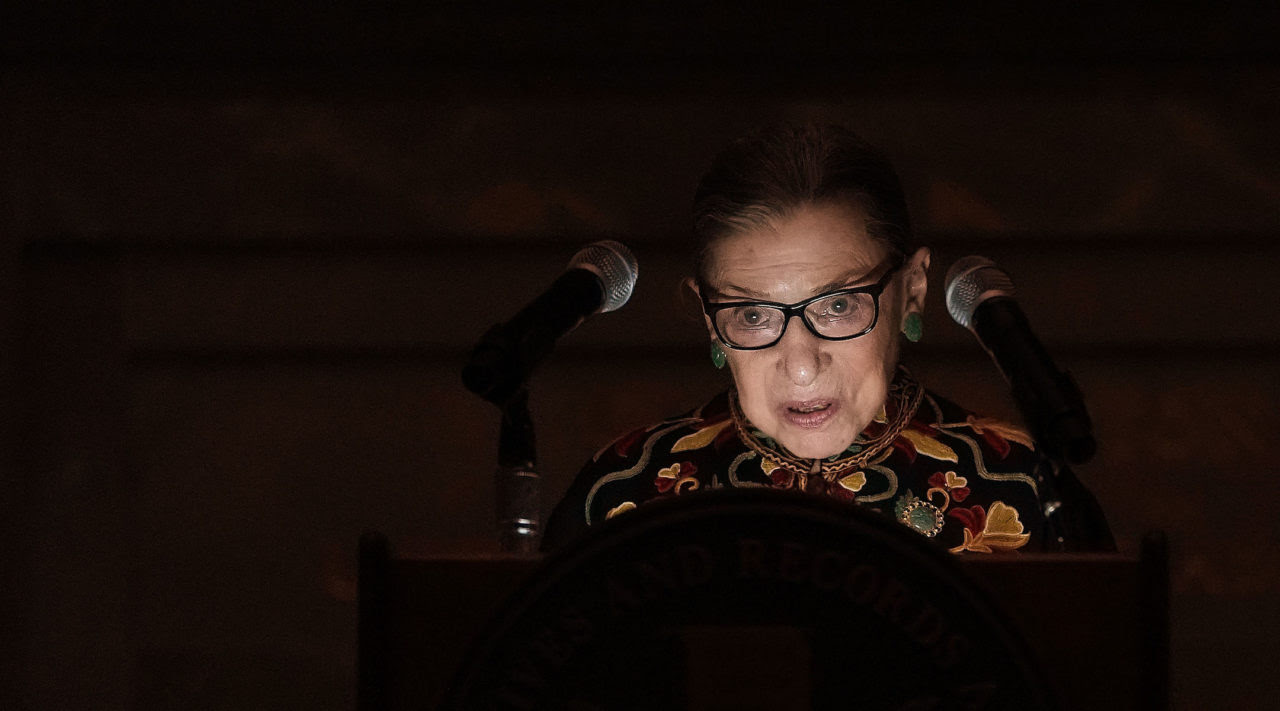 Ruth Bader Ginsburg has been missing from the Supreme Court for over a month and now we find out that the premiere news networks in the country have been told to keep any and all Intel related to Ginsburg’s health out of the news.
Media contacts at ABC News and the Washington Post report that Ginsburg health stories have been put on a no-fly list by editors. And at least one FOX News journalist privately asserts that the network is not interested in a Ginsburg Watch feature either.

There have been NO reports about Ginsburg’s health in the mainstream media for over a week, even though she was a no show for Trump’s State of the Union Address.
Not one single story from Big LEFT Media. It’s clear they have their orders from their Democratic overlords. (Only the Daily Caller had the stones to question Ginsburg’s absence.)
No one in the media is camped out at Ginsburg’s house either. That’s another no-fly zone for the elite media. A news BLACKOUT.
“Are you crazy?” one WaPo staffer said regarding covering the national concern about Ginsburg’s absence. “That’s not something I would even pitch.”
Instead, the Washington Post put its patented dishonest spin on the growing Ginsburg saga. The deep-state WaPo, owned by the magnate Jeff Bezos and his $600 million data contract with the CIA, is always eager to help label Common-Sense Americans as conspiracy theorists. A reporter said Ginsburg was spotted in public last week at a concert, based on phone calls he received from big-wig Dems saying she was at the event.
He declared: “It’s true, RGB lives and looks fabulous!”
No one at the Post actually saw her and no pictures or video exist of her at the event. And the Post reporter, of course, never left his desk. Sounds legit.
Then, FOX piggybacked onto the baseless WaPo story, helping to spread Fake News:

And then the chorus of unsubstantiated news pimps joined in:

The media can say Ruth was spotted in public on what is little more than lies, But anyone who questions such baseless claims was and is quickly labeled a Conservative conspiracy peddler by the Post and its surrogates. What’s next, a WaPo cooking show with Jimmy Hoffa or a FOX travel show with bin Laden?
On Tuesday a contact at ABC said to expect to see stories in the news in the coming days or weeks trying to reassure the public that Ginsburg is doing fine and that a long absence from the high court is not something new, based on the court’s history.
Hours later, Wednesday morning, the deep-state Associated Press moved a story loaded with that exact rhetoric.
Keeping with the script, of course:
Justice Ruth Bader Ginsburg has missed a month of Supreme Court arguments as she recovers from lung cancer surgery. But she’s not the first justice to be away for a while and her absence hardly compares with those of some of her predecessors.
The day before the Supreme Court began its term in October 1949, Justice William Douglas broke 14 ribs and suffered a punctured lung when he was thrown from his horse on a trail in the Cascade Mountains in Washington. He didn’t return to the bench for nearly a half year, and his long recovery caused delays in several cases, including challenges to segregation.
Like much of what goes on away from public view at the Supreme Court, how the justices deal with a colleague’s absence can be opaque. The individual justice decides whether to rule on cases even if she has missed arguments. Indeed, Chief Justice John Roberts already has announced that Ginsburg is participating in the cases she missed.
And only the justice can decide when an injury or illness is so severe that retirement is the only option. A quarter century after his riding accident, Douglas suffered a serious stroke, but refused to retire for months. His weakened state caused a backlog in the court’s work and the other justices refused to issues decisions in cases where Douglas had provided the fifth, majority-making vote.
“There aren’t any rules about this and so much is left to the individual justice,” said Erwin Chemerinsky, who argued a case during Ginsburg’s absence.
But remember: You are a conspiracy theorist for even questioning where Ruth is or if she is incapacitated. Or worse. You are supposed to keep your mouth shut and not notice that the entire media conglomerate has been told to sit on a story. Or else.
Funny how many of these ‘theories’ do often turn out to be Conspiracies. Especially when the media is part of one this large.
— Thomas Paine