I heard 2 small short sounds that I noted were different that the other sounds I had been enjoying. Like whoosh-whoosh, displaced air.

Something inside me broke through and said "look behind you very fast" like an animalistic response. I looked over my left shoulder and saw a glowing golden orb, perhaps a little bigger that a grapefruit.

It had a transparent shield or covering that was reflecting the very green grass of the hills around me.

I observed it travel over the horizon. I saw it for perhaps 4 seconds. I immediately tried to rationalize it saying "well that was done of course" but something in me said "No. That was not like any drone I'd ever seen"

The witness: we were standing on the Alo Moana veranda watching the sunset and the different hues, when we sighted this object appear for approx. 10 seconds in which I had enough time to go inside get my camera and take the picture. 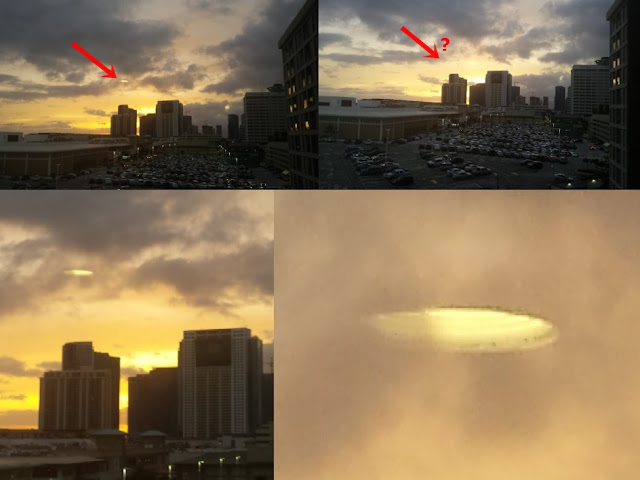 Then in a brief second this object disappeared in no certain direction.as you zoom in on this picture you will see port windows alongside.

Witness: While driving east of Provo Utah driving by fire in mountains no one could stop I took 8 pictures and had 2 pictures with a object in them. 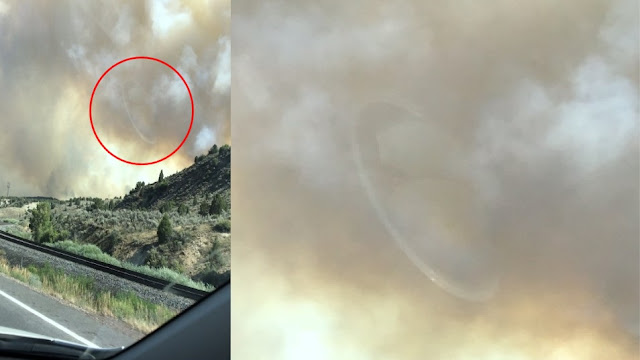 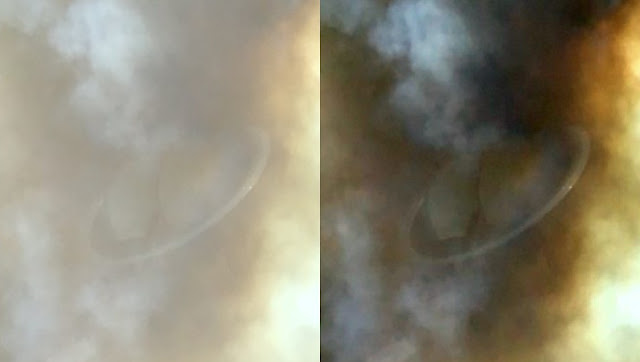 Plane passenger: we were at cruising altitude of 41,000 ft, Edmonton to Victoria , still over Alberta only about 5 minutes out due West (take-ff slowed by de-icing prior to the flight)

My camera makes object appear smaller, these were definitely larger objects though distant from my perspective on a jet. I definitely know they were much much larger than the craft I was flying on. Or any craft that we can fly on. 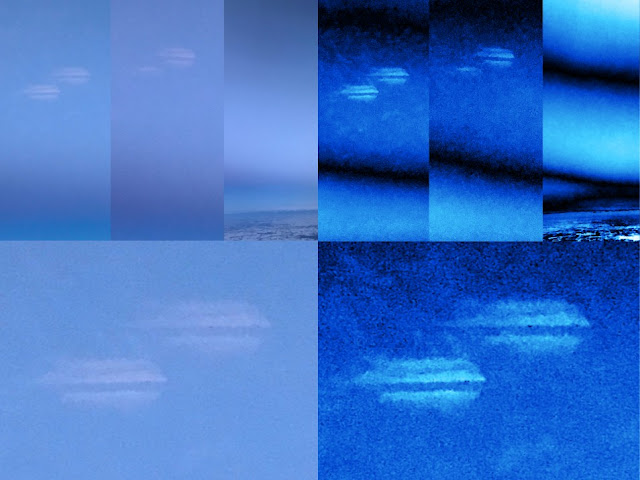 These objects were large in size and unusual shape.

I have submitted the 3 consecutive photos , all taken within second showing both objects, one dissolving and then both gone- these photos were literally within seconds of each other as quick as my camera would allow me to photo them. Photos are raw images as taken by my cell phone, an Iphone 7.

All witnesses have submitted their images to Mufon for further investigation.