Yesterday at 11:47 am by RamblerNash

Yesterday at 10:55 am by Carl Spackler 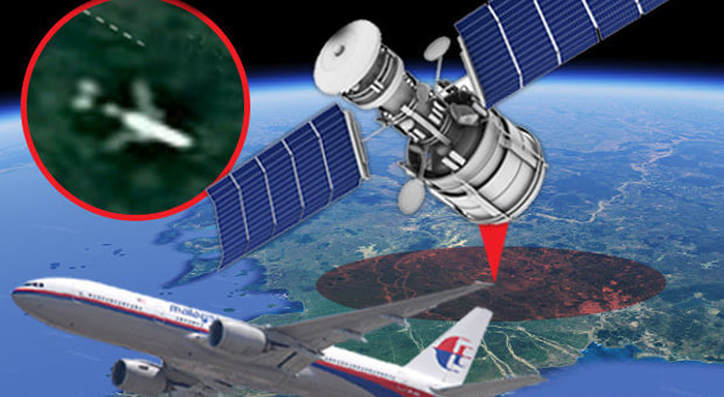 The mystery surrounding the Malaysia flight MH370 aviation disaster continues to grow.
via Sputniknews
An MH370 investigator has been trying to solve one of history’s greatest aviation mysteries, and believes he has picked up the trail.
Speaking to Daily Star Online, Noel O’Gara, an Ireland-based private investigator and writer, said he believes the ill-fated MH370 was accidentally shot down on the orders of the Malaysian government.
The expert previously claimed that eyewitnesses of the Malaysia Airlines flight showed that the government had concealed the truth about the plane’s mysterious disappearance.
O’Gara, who has been trying to solve the aviation puzzle for over four years now, is convinced that it is possible to determine the location of the airplane using the testimony of eyewitnesses.
According to him, the Malaysian government could have secretly removed the wreckage of the plane from the seabed.
“Unless the Malaysian government recovered it later. They would know exactly or within a few miles of where it had come down”.
Describing the pursuit of the truth as attempts to put together “the pieces of a jigsaw puzzle”, O’Gara highlighted four key witnesses whose testimony could come in handy to pinpoint the wreckage site.
Mike McKay, a Kiwi oil worker who was fired for claiming to have seen the missing MH370 burst into flames the morning it disappeared, is one of them.
“McKay saw a plane on fire when he was on an oil rig off Vietnam at the time. This sighting could be when MH370 went up to 45,000ft and broke over the horizon as it made the turn back. It was flying eastwards and ascending rapidly in the struggle for control of the plane. For a few moments when it broke over the horizon, it appeared as if on fire when it was hit by the sunlight from the east and then it fell away as it descended again”, O’Gara said.
The second key witness is Raja Latife Raja Dalelah, who was flying from Saudi Arabia to Malaysia near the Andaman Islands, when she spotted what she believed was a plane sinking into the sea the day flight MH370 vanished.
“Dalelah saw a plane on the sea in the crucial place and at the crucial time”, O’Gara explained.
He also dismissed the commonly-held opinion that Dalelah’s plane would have been too high for her to recognise objects below with accuracy:
“A jumbo would be visible while a smaller plane might not be visible from that height. She said she saw it and I believe her evidence”.
The third eyewitness is Katherine Tee, an English sailor who told the Joint Agency Coordination Centre she had seen a burning aircraft on the way to Phuket in Thailand.
“Tee saw a plane go down and two smaller planes high overhead heading off. In that area and at that time”.
His fourth and fifth witnesses are two Malaysian fishermen who insisted they saw the plane come down: “The fisherman off Kota Bharu saw a plane go down in that area and at that time”, Noel said.
These latest assumptions come shortly after O’Gara suggested that the plane had been shot down after a suspected hijacking, with authorities allegedly believing they had little time to prevent a 9/11-style attack. Noel also claimed the Malaysian authorities had covered up the shooting down of the aircraft.
Almost five years since the Malaysia Airline Boeing’s disappearance, theories are still running amok about the plane’s fate – but the majority of people believe the doomed aircraft crashed into the ocean.
Beijing-bound MH370 with 239 passengers and crew on board went off radars on 8 March 2014. Only a few fragments believed to be parts of the wreckage have been discovered at different locations, including South Africa, Mozambique, and the French Island of Reunion in the Indian Ocean.
Malaysia, China, and Australia conducted a nearly three-year, $144-million surface and underwater search in the southern part of the Indian Ocean that was called off in January 2017 after yielding no results.
Sputniknews