Groundbreaking Research Indicates That What We Think We Know About Viruses Is a Lie Sun Mar 03, 2019 3:54 pm 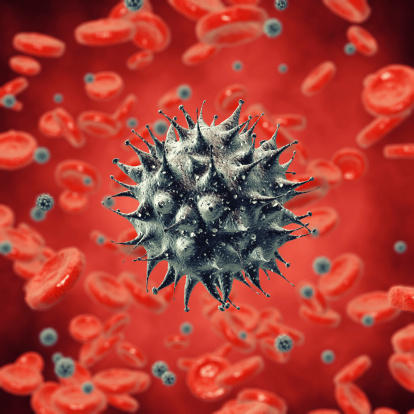 (Tracey Watson) Modern society is drowning in “fake news” – information that can neither be trusted nor verified – leaving many of us feeling like we don’t know what we can believe about anything. There are certain things, however, that we feel we do know, understand and can trust; scientific concepts that have been fully explored and are well understood by experts.


by Tracey Watson, January 31st, 2019
One such concept is known as “germ theory,” the belief that many diseases are caused by microorganisms too tiny to see with the naked eye, which invade living hosts where they then reproduce and cause disease. Vaccination is based on the concept that if you introduce a very small amount of these invaders into the bodies of humans or animals, their immune systems will recognize the invasion and build weapons against it, making these living hosts immune to that particular invader in the future.
That sounds simple and seems to make sense, right? But, what if our entire understanding of what these microorganisms are – particularly viruses – is totally flawed? A groundbreaking study entitled, Conserved and host-specific features of influenza virion architecture, published in the journal Nature Communications, confirms that much of the research into what pathogens are and how they infect us has been flawed and that viruses are far more complicated than scientists have led us to believe. (Related: Germ theory delusions collapse as new science reveals healthy people carry 10,000 different germ strains at all times.)

What the science shows

The study abstract opens with the statement:
Viruses use virions to spread between hosts, and virion composition is therefore the primary determinant of viral transmissibility and immunogenicity.
Green Med Info explains exactly what this means:
Virion are also known as “viral particles,” and they are the means by which viral nucleic acids are able to move and ‘infect’ living organisms. Without the viral particle (taxi) to carry around the virus DNA (passenger), it would be harmless; in fact, viruses … do not produce their own energy, nor are transmissable without a living host. And so, in this first line, the authors are making it clear that virion composition is also the primary determinant in how or whether a virus is infectious (transmits) and what effects it will have in the immune system of the infected host.
So, these viruses that we fear so much are actually powerless without this complicated interaction with multiple components found in the living host.


The study authors went on to note:
We show that a conserved influenza virion architecture, which includes substantial quantities of host proteins as well as the viral protein NSI, is elaborated with abundant host-dependent features. As a result, influenza virions produced by mammalian and avian hosts have distinct protein compositions.
This indicates that the flu virus is composed just as much of material supplied by its living host as it is of its own viral genetic material. This means that the host has a very large impact on the exact way in which the virus will develop, and that has huge implications for the vaccine industry, as explained by Green Med Info:
Presently, human flu vaccine antigen is produced via insects and chicken eggs. This means that the virus particles extracted from these hosts would contain foreign proteins, and would therefore produce different and/or unpredictable immunological responses in humans than would be expected from human influenza viral particles.
This study raises serious questions about germ theory, including: Would that not mean that our beliefs about how to fight these enemies are built on shaky ground? And, what if these invaders are not necessarily harmful but might actually perform a useful function? Could the current medical propaganda about eradicating them through medication and vaccination not then potentially lead to disaster in the future? (Related: Viruses — The immune system’s smallest enemy that causes the biggest problems.)
Clearly, much more research is needed to understand viruses properly before humans subject their bodies to the ill-understood, dangerous process of vaccination. Learn more about how viruses really work at Medicine.news.

Stillness in the Storm Editor: Why did we post this?
The Deep State has weaponized healthcare in the sense that most people never learn the true methods of maintaining their health. The preceding article dispels this false reality that an individual cannot be healthy without the mainstream medical establishment. It offers information that the reader can use to make better choices, which are ultimately the primary contributors to an individual’s health estate. With health autonomy in hand, neuroticism decreases due to not fearing for the communication of diseases, resulting in the liberation of consciousness-energy that can be used to positively contribute to making the world a better place.
– Justin