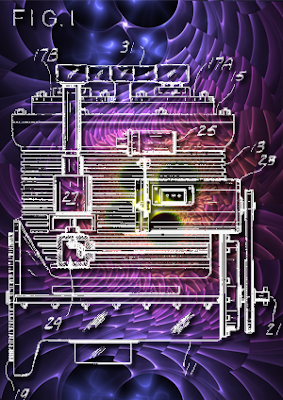 The Noble gas Engine will be revealed to the World on Dec. 11, 2012 at the Power-Gen conference in Orlando Florida. Inteligentry, TPT, and Plasmerg will
have 6 booths in the conference along with companies manufacturing the
engine or selling products using the Noble gas engine.

On display will be an engine running a generator/alternator. Since the engine neither consumes fuel or expells waste, itcan be run inside. It has no intake or exhaust. The
engine on display will be a two cylinder noble gas plasma engine and
possibly a prototype four cylinder engine. The six cylinder will come
out some where around July or August 2013.

Researchers think it will run for at least 1 1/2 years 24 hours a day, 7
days a week, on one noble gas fill, maybe even longer. One prototype of
an earlier version of the engine has now run 1 1/2 years in Michigan.
Others are in testing in locations around the world according to John
Rohner.

When it hits the world will feel the ground shake, This will have a huge
impact on oil companies and internal combustion engine and part
manufacturers. The noble gas engine has no carburetor, valves, intake/
exhaust manifold, gas tanks.

This will make solar, and wind obsolete (they are much more expensive).
The biggest impact will be in transportation (cars, trucks, ships/boats,
trains and planes). Its impact won't stop there. Nuclear generation
will feel it too. Then of course the Environmental benefits are
absolutely NO carbon monoxide or carbond dioxide (CO2). Global warming
due to carbon dioxide emissions will be a non-issue. Upon adoption, CO2
levels will start to drop.

This will have BIG opposition from vested interests who make huge profits from carbon fuels.
It will be be a big fight! So when this comes out SUPPORT IT... SCREAM
AND YELL "WE NEED THIS NOW" They'll be less likely to try to kill it.
This is a huge advance for our health and the health of the planet.

You can join my Facebook group, Noble Gas Engine fan group.
https://www.facebook.com/groups/ngasengine/
John Rohner is a member and comments once or twice a week.