Admin
Posts : 108353
Join date : 2012-01-04
Location : Woodstock Nation
The UNDERWATER CRUCIFIX: 20 feet down in Lake Michigan there is a mysterious 12 foot tall statue of Jesus Christ… But you can only see the marble statue one day a year without diving equipment!
By
Strange Sounds
-
Mar 9, 2019


Michigan is home to many interesting sights and unique landmarks, but there is one in Petoskey that might just be one of a kind. Just off the shore of Petoskey, MI in 22 feet of water lies this 11 foot tall, 1850 pound Italian White Marble statue of Jesus on the cross. And this crucific has a tragic story… Just off the shore of Petoskey, MI in 22 feet of water lies this 11 foot tall, 1850 pound Italian White Marble statue of Jesus on the cross. By Dennis Jessick
It’s not something that you can even see most days of the year without very specialized equipment. That is because it is in 20 feet of water about 800 feet from shore in Little Traverse Bay off Petoskey. 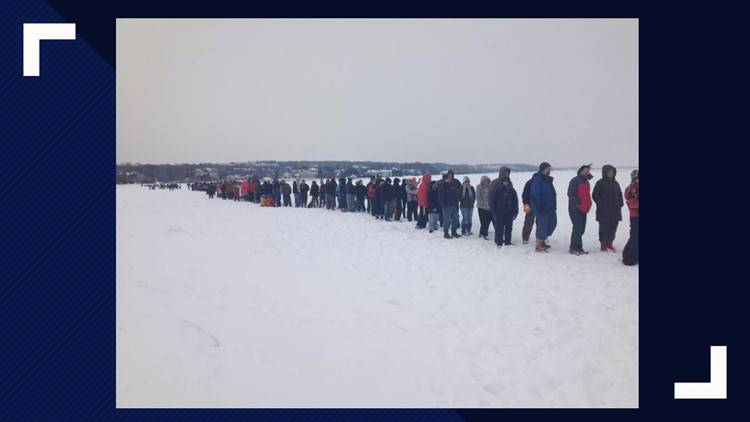 iT’S NOW A BIG ATTRACTION. By Dennis Jessick
If you have scuba gear you are in luck. But the land bound who are willing to brave the cold and trek out onto the ice in late February or early March and peer through a hole in the ice inside a tent can see it. It’s an 11-foot-tall, 1,800-pound Italian marble statue of Christ on the cross. 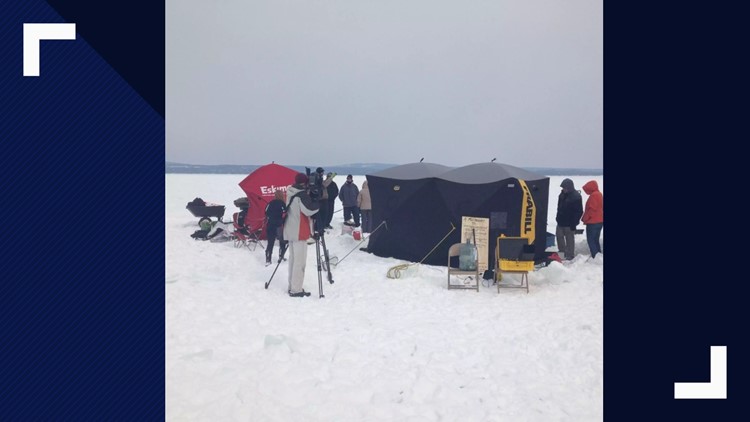 THE TENT WERE YOU CAN SEE THE UNDERWATER CRUCIFIX. ByDennis Jessick

So what the heck?

One might wonder how the artifact got there, and the story is as interesting and convoluted as it is tragic.
The statue was first placed in Little Traverse Bay in 1962 and was quite a bit further from shore, in 65 feet of water. It was put there by the Wyandotte-based Superior Marine Divers Club to honor a diver who drowned in Torch Lake. 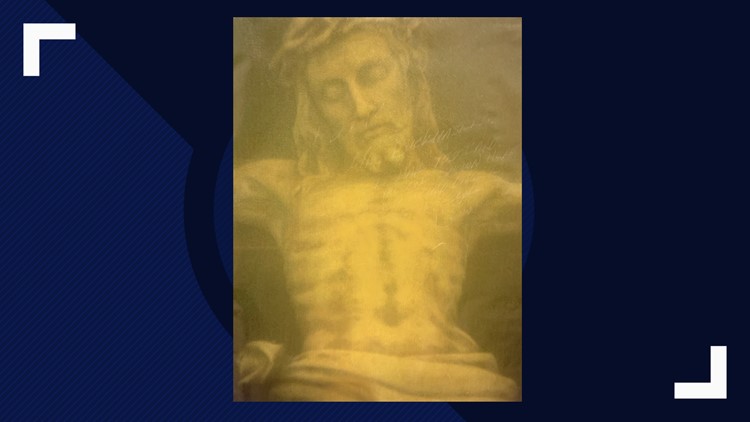 By Dennis Jessick
The crucifix was later rededicated to all of those who have perished at sea. The statue was meant to serve as a dive site that divers could find in Lake Michigan during their explorations under water.
The statue is believed to be the only freshwater crucifix in the world. Both arms of the statue have been broken and repaired, and that clue helped lead to the story of the statue’s origins.
The name behind the statue had always puzzled folks who knew of the cross but didn’t know where it came from. The name was Gerald Schapinski, but it took over 40 years for a sleuth and diver to link the name to the history of the cross.

The quest for Gerald Schapinski

Dennis Jessick, who was president of the Little Traverse Bay Dive Club in the 80’s, took up the challenge and started following the clues. The oral history of the crucifix had always pointed to a young man who had died in a car accident in Bad Axe, Michigan, but that ended up not being the case.
Jessick traveled to Bad Axe in 2004. With the help of the local historical society president he was able to track the name to the Rapson Cemetery outside of Bad Axe. There is an identical statue at that cemetery which is the final resting place of Gerald Schapinski, the person for whom the statue was originally meant to memorialize. 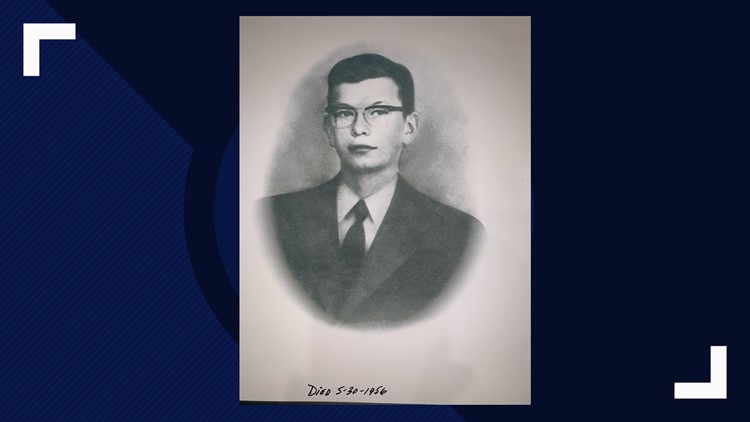 Schapinski. By Dennis Jessick
Jessick was able to find a newspaper article from the Daily Tribune of Bad Axe that explained Schapinski’s tragic death.
Gerald was the son of a seed farmer and was a freshman at Bad Axe High School. He had just celebrated his 15th birthday and his present had been a new shotgun. He took the gun into the field that tragic day to shoot crows that were damaging the family’s grain.
Gerald, or Jerry as he was known, had the gun sitting upright next to him on the tractor when it apparently fell, lodging against the brake. When Jerry reached for the gun it discharged, hitting him in the heart. His father found him a short time later.

The devastated family ordered the cross from Italy to serve as a memorial marker for Jerry, but it was damaged in transit, one of the arms having been broken off.
The family refused delivery of the $2,500 marble statue, but since it weighed so much it was not returned and was later auctioned by the insurance agency. That’s when it was purchased by the dive club in Wyandotte.
A second statue was sent to the family and was placed in the cemetery near Jerry’s grave. 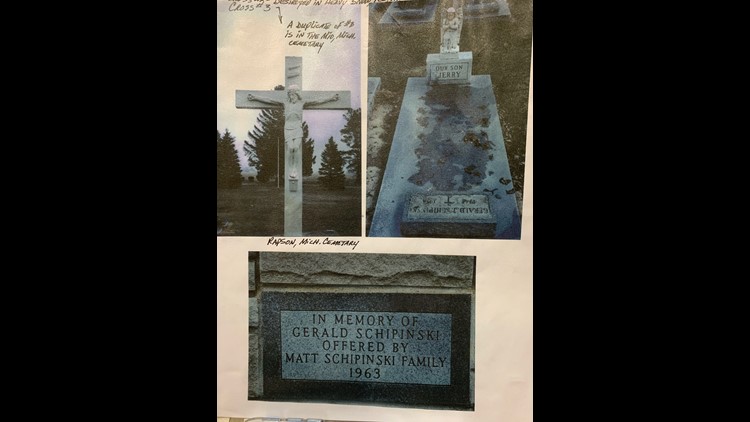 The same crucifix in the cemetery. By Dennis Jessick

The dive club repaired the broken right arm when the crucifix was first placed in the bay. Heavy sediment led them to relocate the cross in 1985 to its current location, but the other arm was broken in the move and ended up sitting on one dive team member’s desk for several years before it was restored.
Since 1986 the Little Traverse Bay Dive Club has held yearly viewings of the cross in late February or early March thanks to Jessick. They use the opportunity to practice their winter diving and to clean the statue and plaques that mark it.
The viewing event is always free and serves to inspire diver participation and allow the public to photograph the statue. The Petoskey Area Visitors Bureau announces the date that viewing takes place each year on its website.