OUT OF MIND » SUPER SCAMMERS!! RV & DINARIAN FRAUDS » SCAM AWARENESS » Fact Check: There is No Law that says you Must Pay Taxes

Fact Check: There is No Law that says you Must Pay Taxes 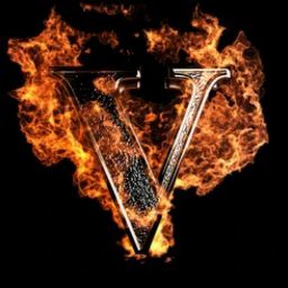 Posts : 1827
Join date : 2012-02-15
Age : 66
Location : Ct
I grow tired of this womans explanation of what is a fact and what isnt. Almost anyone who has any court knowledge, any financial knowledge, any gov knowledge knows that all the systems are fictional. They make up the rules because they can.  Is she familiar with the securities business, Chicago Board of Trade, Chicago mercantile etc. where so much of the fraud takes place. We have a fiat currency based on Statutory Jurisdiction which is nowhere to be found in the Constitution of 1789, the Constitution of the UNITED STATES. Color-able money for color-able Laws. The lawfulness of the ratification of the 16th amendment has been debated for years, and yes, people do beat the IRS...You had better be smart, very smart..


The 16th amendment had been sent out in 1909 to the state governors for ratification by the state legislatures after having been passed by Congress. There were 48 states at that time, and three-fourths, or 36, of them were required to give their approval in order for it to be ratified. The process took almost the whole term of the Taft administration, from 1909 to 1913.
Knox had received responses from 42 states when he declared the 16th amendment ratified on February 25, 1913, just a few days before leaving office to make way for the administration of Woodrow Wilson. Knox acknowledged that four of those states (Utah, Conn, R.I. and N.H.) had rejected it, and he counted 38 states as having approved it. We will now examine some of the key evidence Bill Benson found regarding the approval of the amendment in many of those states.
In Kentucky, the legislature acted on the amendment without even having received it from the governor (the governor of each state was to transmit the proposed amendment to the state legislature). The version of the amendment that the Kentucky legislature made up and acted upon omitted the words "on income" from the text, so they weren't even voting on an income tax! When they straightened that out (with the help of the governor), the Kentucky senate rejected the amendment. Yet Philander Knox counted Kentucky as approving it!
In Oklahoma, the legislature changed the wording of the amendment so that its meaning was virtually the opposite of what was intended by Congress, and this was the version they sent back to Knox. Yet Knox counted Oklahoma as approving it, despite a memo from his chief legal counsel, Reuben Clark, that states were not allowed to change it in anyway.

Attorneys who have studied the subject have agreed that Kentucky and Oklahoma should not have been counted as approvals by Philander Knox, and, moreover, if any state could be shown to have violated its own state constitution or laws in its approval process, then that state's approval would have to be thrown out. That gets us past the "presumptive conclusion" argument, which says that the actions of an executive official cannot be judged by a court, and admits that Knox could be wrong.
If we subtract Kentucky and Oklahoma from the 38 approvals above, the count of valid approvals falls to 36, the exact number needed for ratification. If any more states can be shown to have had invalid approvals, the 16th amendment must be regarded as null and void.

The state constitution of Tennessee prohibited the state legislature from acting on any proposed amendment to the U.S. Constitution sent by Congress until after the next election of state legislators. The intent, of course, is to give the proposed amendment a chance to become an issue in the state legislative elections so that the people can have a voice in determining the outcome. It also provides a cooling off period to reduce the tendency to approve an idea just because it happens to be the moment's trend. You've probably already guessed that the Tennessee legislature did not hold off on voting for the amendment until after the next election, and you'd be right - they didn't; hence, they acted upon it illegally before they were authorized to do so. They also violated their own state constitution by failing to read the resolution on three different days as prescribed by Article II, Section 18. These state constitutional violations make their approval of the amendment null and void. Their approval is and was invalid, and it brings the number of approving states down to 35, one less than required for ratification.
Texas and Louisiana violated provisions in their state constitutions prohibiting the legislatures from empowering the federal government with any additional taxing authority. Now the number is down to 33.

Twelve other states, besides Tennessee, violated provisions in their constitutions requiring that a bill be read on three different days before voting on it. This is not a trivial requirement. It allows for a cooling off period; it enables members who may be absent one day to be present on another; it allows for a better familiarity with, and understanding of, the measure under consideration, since some members may not always read a bill or resolution before voting on it (believe it or not!). States violating this procedure were: Mississippi, Ohio, Arkansas, Minnesota, New Mexico, West Virginia, Indiana, Nevada, North Carolina, North Dakota, Colorado, and Illinois. Now the number is reduced to 21 states legally ratifying the amendment.

When Secretary Knox transmitted the proposed amendment to the states, official certified and sealed copies were sent. Likewise, when state results were returned to Knox, it was required that the documents, including the resolution that was actually approved, be properly certified, signed, and sealed by the appropriate official(s). This is no more than any ordinary citizen has to do in filing any legal document, so that it's authenticity is assured; otherwise it is not acceptable and is meaningless. How much more important it is to authenticate a constitutional amendment! Yet a number of states did not do this, returning uncertified, unsigned, and/or unsealed copies, and did not rectify their negligence even after being reminded and warned by Knox. The most egregious offenders were Ohio, California, Arkansas, Mississippi, and Minnesota - which did not send any copy at all, so Knox could not have known what they even voted on! Since four of these states were already disqualified above, California is now subtracted from the list of valid approvals, reducing it to 20.
These last five states, along with Kentucky and Oklahoma, have particularly strong implications with regard to the fraud charge against Knox, in that he cannot be excused for not knowing they shouldn't have been counted. Why was he in such a hurry? Why did he not demand that they send proper documentation? They never did.
Further review would make the list dwindle down much more, but with the number down to 20, sixteen fewer than required, this is a suitable place to rest, without getting into the matter of several states whose constitutions limited the taxing authority of their legislatures, which could not give to the federal govern authority they did not have.

The results from the six states Knox had not heard from at the time he made his proclamation do not affect the conclusion that the amendment was not legally ratified. Of those six: two (Virginia and Pennsylvania) he never did hear from, because they ignored the proposed amendment; Florida rejected it; two others (Vermont and Massachusetts) had rejected it much earlier by recorded votes, but, strangely, submitted to the Secretary within a few days of his ratification proclamation that they had passed it (without recorded votes); West Virginia had purportedly approved it at the end of January 1913, but its notification had not yet been received (remember that West Virginia had violated its own constitution, as noted above).

WOW! I think Cindy has some serious issues!

OUT OF MIND » SUPER SCAMMERS!! RV & DINARIAN FRAUDS » SCAM AWARENESS » Fact Check: There is No Law that says you Must Pay Taxes