INSIDE THE REAL PROJECT BLUE BOOK ~ THE DISCLOSURE PROJECT REVEALED! 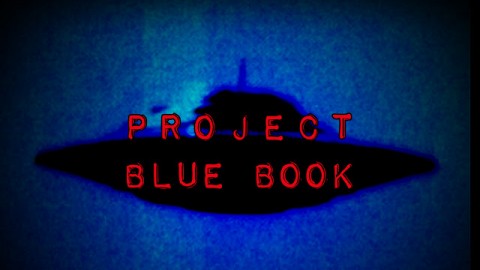 Published on Mar 13, 2019
There is no doubt about it, UFO's are real! And in 1969 the United States air forces Project Blue Book Files disclosed the truth about UFO's and then even Proved it. Before working for Project Blue Book, American astronomer, professor, and ufologist. Dr. J Allen Hynek would have been the last man who would have said UFO's were real. But After examining hundreds of UFO reports over the decades (including some made by astronomers, pilots, police officers, and military personnel), he concluded that some of the evidence was empirical. Hynek's opinions about UFOs slowly changed. Another shift in Hynek's opinions came after conducting an informal poll of his astronomer colleagues in the early 1950s. Among those he queried was Clyde Tombaugh, who discovered the dwarf planet Pluto. Of 44 astronomers, five (over 11 percent) had seen aerial objects that they could not account for with established, mainstream science. Most of these astronomers had not widely shared their accounts for fear of ridicule or of damage to their reputations or careers. Dombaugh was an exception, having openly discussed his own UFO sightings. Hynek also noted that this 11% figure was, according to most polls, greater than those in the general public who claimed to have seen UFOs. Furthermore, the astronomers were presumably more knowledgeable about observing and evaluating the skies than the general public, so their observations were arguably more impressive. Hynek was also distressed by what he regarded as the dismissive or arrogant attitude of many mainstream scientists towards UFO reports and witnesses. In April 1953, Hynek wrote a report for the Journal of the Optical Society of America titled "Unusual Aerial Phenomena," which contained one of his best-known statements: Ridicule is not part of the scientific method, and people should not be taught that it is. The steady flow of reports, often made in concert by reliable observers, raises questions of scientific obligation and responsibility. Is there ... any residue that is worthy of scientific attention? Or, if there isn't, does not an obligation exist to say so to the public—not in words of open ridicule but seriously, to keep faith with the trust the public places in science and scientists? What do you think? Didn't the USAF already admit to the presence of extraterrestrial air crafts in our sky's?