Source – Zero Hedge
by Staff Writer, March 15th, 2019
49 people were killed and dozens injured in attacks on two Christchurch mosques on Thursday – the deadliest of which occurred at the Masjid Al Noor mosque at approximately 1:45 p.m., where the murders of 41 of the 49 people were broadcast over Facebook live and quickly distributed across various platforms. 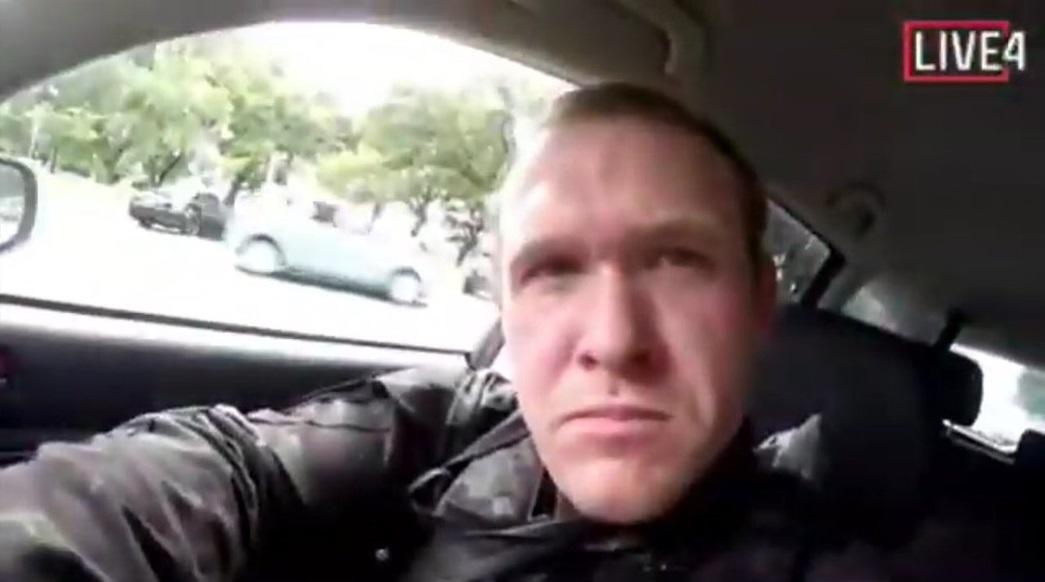 In the immediate aftermath, researcher and journalist Nick Monroe quickly determined the shooter’s identity and provided a running Twitter thread as events unfolded – including three links to footage of the shooting.

His fast-moving thread was featured in at least one broadcast news report, and quickly became the ‘go-to’ for the latest information on the shootings.
Twitter, however, immediately locked Monroe’s account until he deleted a tweet with links to footage of the livestream – one of eight he has been made to take down.
Also deleted was a copy of the shooter’s 74-page manifesto posted to Scribd and included in Monroe’s thread under a DCMA copyright violation. In it, he appears to subscribe to a number of ideologies, writes Breitbart senior tech correspondent, Allum Bokhari. Ultimately, the shooter wanted to “Create conflict between the two ideologies within the United States on the ownership of firearms in order to further the social, cultural, political, and racial divide within the United States.”

The document is riddled with white nationalist talking points, and the shooter describes himself as a “fascist.” He also castigates Muslims as “the most despised group of invaders in the west.”
Yet elsewhere in the document, the shooter describes himself as a socialist, “depending on the definition.” The shooter also declares his support for “environmentalism,” “worker’s rights,” and “responsible markets.”
…
Parts of the manifesto appear to be insincere trolling, aimed at sowing confusion about his motivations. At one point, the shooter blames his action on popular video game titles, saying “Spyro the Dragon 3 taught me ethno-nationalism” and that “Fortnite trained me to be a killer.”
Elsewhere in the document, the shooter identifies black conservative Candace Owens — obviously neither a white nationalist nor a supporter of violence — as the “person that has influenced me above all.” In a video posted online, the shooter also tells viewers to “subscribe to PewDiePie” — the pseudonym of Felix Kjellberg, a comedian and video game streamer who runs the most-subscribed channel on YouTube and whose content is majority non-political.
In both cases, the shooter attempts to link high-profile individuals — who have little in common with his stated ideology yet command large online followings and are frequently the target of unfair media hit pieces — to his attack. If it triggers a war of words between the media and their frequent targets, the result of this tactic would be more publicity for the shooter. –Breitbart

The manifesto can be found here, for now is quickly being scrubbed from alternate locations as well.
YouTube tweeted late Thursday evening that they are “working vigilantly to remove any violent footage” of the attack.
Prior to the shooting, the New Zealand mosque shooter posted his plans to the ‘8chan’ message board, along with pictures of his weapons.

Meanwhile, as a debate rages over whether or not content from the shooting should be made available to the public – including the shooter’s name, New Zealand ISPs have reportedly been blocking access to the websites LiveLeak, 4chan, 8chan and many others which are not immediately complying with takedown orders, according to Twitter user @eldarmark.
According to retired FBI supervisory special agent Steve Moore, a CNN analyst: “What I would tell the public is this: Do you want to help terrorists? Because if you do, sharing this video is exactly how you do it,” adding “Do not share the video or you are part of this”
In the meantime, internet sleuths are piecing together the shooter’s background:
Stillness in the Storm Editor: Why did we post this?
Censorship of information is critically important for the Deep State to maintain their false reality paradigm, which is the foundation of the mind control system used to enslave the individual and society at large. The preceding article reveals one such method the powers that be are using to censor information. Properly understood, one can begin the process of liberating their mind from false conceptions of reality, particularly those incomplete bits of knowledge that if contemplated fully, would activate the truth-seeking urge and result in the development of mental autonomy—critical thinking and discernment skills.