The United Nations Wants To Crash The World Economy In Order To Save The Environment Fri Feb 03, 2012 11:20 pm 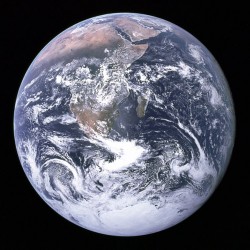 The
United Nations says that the earth is in great danger and that the way
you and I are living is the problem. In a shocking new report entitled,
"Resilient People, Resilient Planet: A Future Worth Choosing"
the UN declares that the entire way that we currently approach
economics needs to be changed. Instead of focusing on things like
"economic growth", the UN is encouraging nations all over the world to
start basing measurements of economic success on the goal of achieving
"sustainable development". But there is a huge problem with that. The
UN says that what we are doing right now is "unsustainable" by
definition, and the major industrialized nations of the western world
are the biggest culprits. According to the UN, since we are the ones
that create the most carbon emissions and the most pollution, we are the
ones that should make the biggest sacrifices. In addition, since we
have the most money, we should also be willing to finance the transition
of the developing world to a "sustainable development" economy as
well. As you will see detailed in the rest of this article, the United
Nations basically wants to crash the world economy in order to save the
environment. Considering the fact that the U.S. and Europe are in the
midst of a horrible economic crisis and are already drowning in debt, this is something that we simply cannot afford.

There is certainly nothing wrong with taking care of the
environment. But what the United Nations wants is a fundamental
restructuring of the global economy based on flawed science.

In this new UN report, we find the following statement....

Achieving sustainability requires us to transform the global economy. Tinkering on the margins will not do the job.

This is absolutely crucial to understand.

The folks over at the UN don't just want to change things a little.

Their goal is a radical transformation of the entire world.

According to the United Nations, if we don't implement their recommendations the consequences will be absolutely disastrous....

But what, then, is to be done if we are to make a
real difference for the world’s people and the planet? We must grasp the
dimensions of the challenge. We must recognize that the drivers of that
challenge include unsustainable lifestyles, production and consumption
patterns and the impact of population growth. As the global population
grows from 7 billion to almost 9 billion by 2040, and the number of
middle-class consumers increases by 3 billion over the next 20 years,
the demand for resources will rise exponentially. By 2030, the world
will need at least 50 percent more food, 45 percent more energy and 30
percent more water — all at a time when environmental boundaries are
throwing up new limits to supply. This is true not least for climate
change, which affects all aspects of human and planetary health.

So what changes are needed in order for us to achieve a "sustainable" global economy?

Well, the following are some of the disturbing recommendations that we find in the new UN report....

According to the United Nations, we need to start significantly
raising the prices of things that are made in an "unsustainable" way so
that they reflect the "true cost" of their production....

Most goods and services sold today fail to bear the
full environmental and social cost of production and consumption. Based
on the science, we need to reach consensus, over time, on methodologies
to price them properly. Costing environmental externalities could open
new opportunities for green growth and green jobs

That means that you and I would start paying a lot more for the basic things that we need every day - food, gasoline, etc.

The UN report also discusses the need to use regulations and taxation
as tools to penalize economic activities that are not "sustainable"....

Establish natural resource and externality pricing
instruments, including carbon pricing, through mechanisms such as
taxation, regulation or emissions trading systems, by 2020


this is very long continue reading hit the link!!