OUT OF MIND » CONSPIRACY THEORIES & ENDURING MYSTERIES » CONSPIRACY & FALSE FLAG EVENTS: PAST & PRESENT » This Pile of “Bodies” Proves the Mosque Shooting Was a Total Hoax 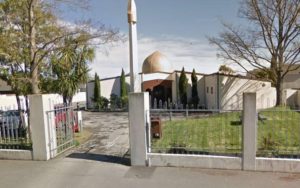 Al Noor mosque, Christchurch, NZ
It was un-real, and you may have seen this coming.
When they won’t let anyone see or be in possession of the actual footage from the mosque shootings under penalty of jail, they REALLY can’t afford to have anyone looking at it closely.
That means, like the Sandy Hoax shooting, it wouldn’t stand up to scrutiny. It’s shameless fakery à la Hollywood and the fake news is going to put their spin on it to weave a tale so intricate, many will be fooled.
It’s absurd to any thinking Human Being when you look at the evidence and let’s face it—most of us are experts at analyzing these terror events now—whether real or hoax.
We know they are desperate to staunch the flow of truth from the citizen journalists and social media because some very unpopular facts will be forthcoming that the psychopathic NWO cannot withstand. The Storm is just getting going.


What are they trying to hide? Out of all the violent videos on the ‘net, possessing the NZ mosque shooting video can now get you 10 years in prison 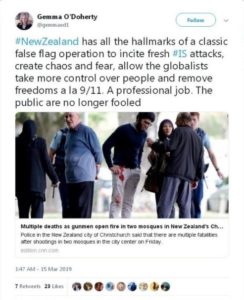 BTW, did you hear that the marvelous actor playing the role of Gene Rosen in Newtown, CT was a FEMA employee? Imagine.

After the mystery of the incredible disappearing brass casings in Christchurch, this latest news didn’t come as a surprise. (See the SGT Report video, below.)
And with the police involved in a drill—again? Same old moth-eaten playbook. A theatrical showdown for effect. 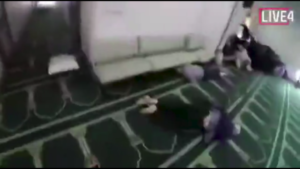 More fake bodies? We’ve seen them use dummies before—like the Bataclan massacre in Paris, I believe.

Scott Bennett, THE NEW ZEALAND SHOOTING: WHAT HAPPENED AND WHY?

OUT OF MIND » CONSPIRACY THEORIES & ENDURING MYSTERIES » CONSPIRACY & FALSE FLAG EVENTS: PAST & PRESENT » This Pile of “Bodies” Proves the Mosque Shooting Was a Total Hoax