OUT OF MIND » MEMBER ADVERTISING & BLOG FORUMS » CONSCIOUSNESS OF ECONOMICS » Not-So-Superfood? Pesticide Residue Found In 70% Of US Produce & 92% Of Kale

Not-So-Superfood? Pesticide Residue Found In 70% Of US Produce & 92% Of Kale

Not-So-Superfood? Pesticide Residue Found In 70% Of US Produce & 92% Of Kale

Roughly 70% of all produce sold in the U.S. has pesticide residue in it, even after it is washed, according to a new report from the Guardian. According to data from the US Department of Agriculture and analyzed by the Environmental Working Group, strawberries, spinach and kale have the heaviest pesticide presence, while sweetcorn, avocados and pineapples had the lowest presence.
In news likely to send anxiety attacks across vegan circles, more than 92% of kale that was tested had two or more pesticide residues in it. A sample of any conventionally farmed kale could contain "up to 18 different pesticides", according to the report.
Dacthal was the most common pesticide found. It was detected in about 60% of kale samples and is banned in Europe and classified as a possible carcinogen in the U.S.
Alexis Temkin, a toxicologist working with the EWG, said:

“We definitely acknowledge and support that everybody should be eating healthy fruits and vegetables as part of their diet regardless of if they’re conventional or organic. But what we try to highlight with the Shopper’s Guide to Produce is building on a body of evidence that shows mixtures of pesticides can have adverse effects.” 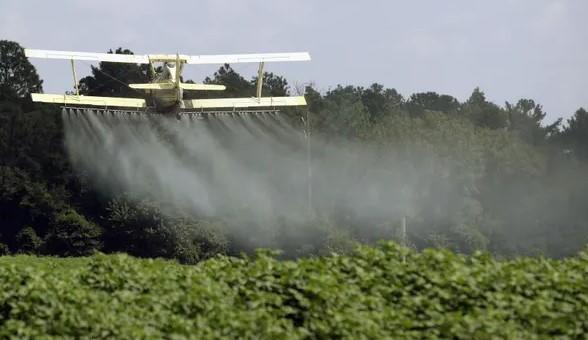 Other foods that the group warns about include grapes, cherries, apples, tomatoes and potatoes. Foods like avocados, onions and cauliflower were found to be "clean". 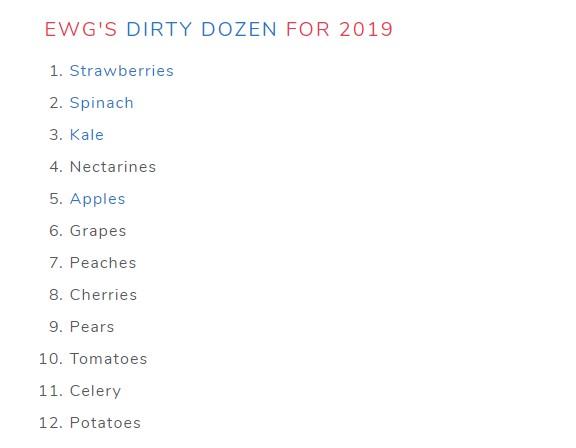 Leonardo Trasande, an environmental medicine specialist at the New York University medical school, told the Guardian that the report was "widely respected" and that "it can inform shoppers who want to buy some organic fruits and vegetables, but would like to know which ones they could prioritize."
A recent French study showed that people who ate organic foods were at a significantly lower risk of developing cancer, although it also said that underlying factors needed additional research. Experts at Harvard cautioned that the study did not "analyze residue levels in participants’ bodies to confirm exposure levels."
The study said: “...the health consequences of consuming pesticide residues from conventionally grown foods are unknown, as are the effects of choosing organic foods or conventionally grown foods known to have fewer pesticide residues.”
Another Harvard study showed that for women undergoing fertility treatment, higher pesticide levels meant a lower chance of a live birth.
The CDC has said that “a wide range of health effects, acute and chronic, are associated with exposures to some pesticides.”
90% of Americans have detectable pesticide levels in their urine and blood.

OUT OF MIND » MEMBER ADVERTISING & BLOG FORUMS » CONSCIOUSNESS OF ECONOMICS » Not-So-Superfood? Pesticide Residue Found In 70% Of US Produce & 92% Of Kale